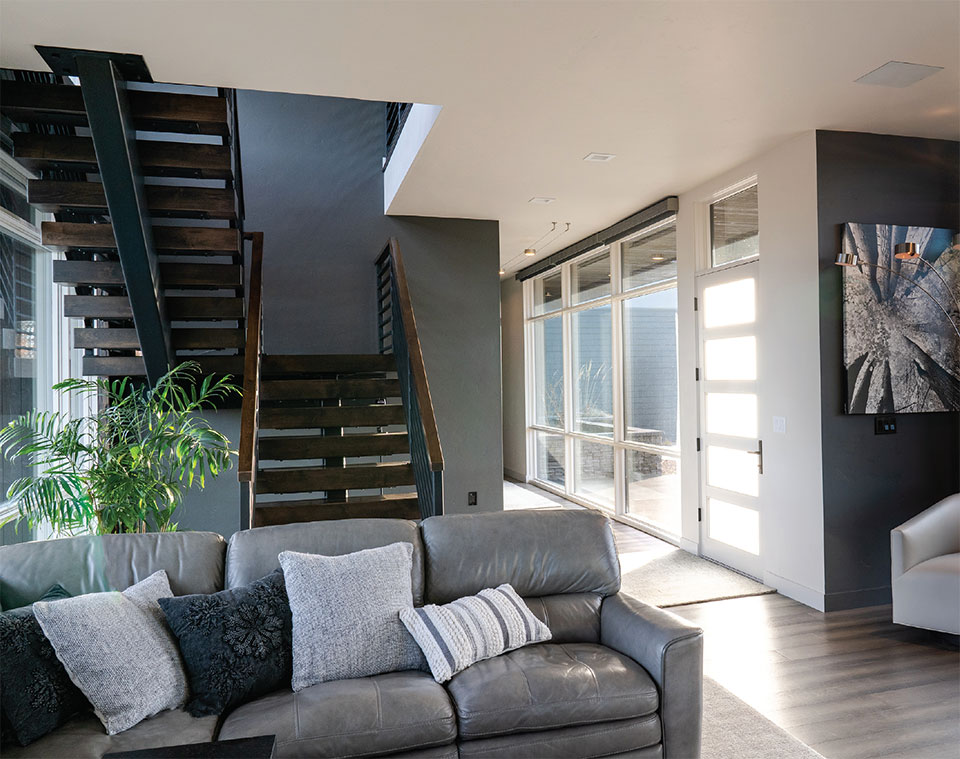 Everything Has a Solution

When you talk to Christian Martin, you are left with a sense that he would succeed at whatever he sets his mind to. Luckily, for anyone building a custom home in Bend, Martin has put his mind to painting. To say that CJ Painting and Custom Finishes, LLC is a force within the Central Oregon building community would be an indisputable fact.

Two stories in particular give you a better sense of what CJ is about and how it shapes CJ Painting. (His grandfather never called him Christian. It was either CJ or Lad. Now everyone calls him, CJ.)

Back to the early days, CJ was scrapping his way through whatever projects he could get his hands on. Sometimes that involved driving a couple hours from his home in Bend to the Willamette Valley for jobs he had procured there.

At one point, he found himself working on the home of a prominent New York businessman who was building an equally prominent home in Bend. On this particular morning, the homeowner was aggressively reprimanding some workers from a different crew. Finally, the supervisor attempted to convey that the manner in which they were being addressed was disrespectful and inappropriate. CJ, who happened to be in the room on his knees sanding a baseboard at the time, kept his head down.

“Hey, you squirt,” barked the homeowner. “Do you think I’m being an asshole?”

A long pause followed. The homeowner shook his head, smirked, and simply said, “Get back to work.”

From that moment of truth, CJ and the New Yorker become close and genuine friends, working together for over 16 years. “Most of what I know about business, I learned from him,” CJ confides. 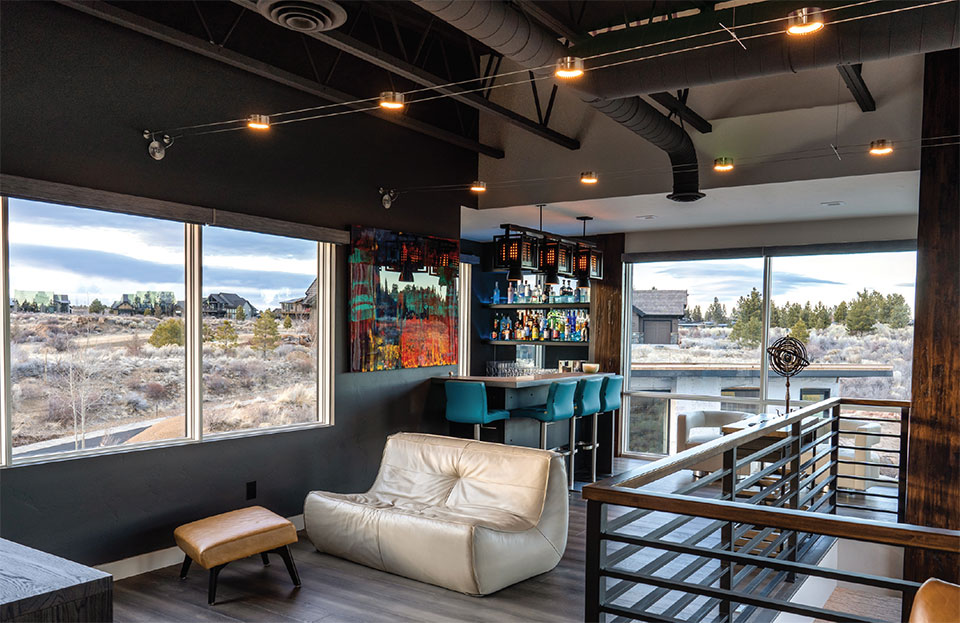 How this story plays out tells you one of the things you should know about CJ – there is no situation in which he doesn’t believe that the best policy is unwavering honesty. Not surprisingly, the same value guides CJ Painting.

Homeowners appreciate the straightforward candor. It begins from the very first meeting when their visions are shared. The entire CJ Painting crew relishes these interactions and helping homeowners bring their ideas to life. Every challenge is embraced. “Solution Men,” is how CJ refers to his crew, particularly his longtime staff of Daniel Martinez, Adam Kenowski, Colton Hines, and Travis Palmer. “Everything for us is a big art project. Then it all becomes a matter of how do you make that art project and vision real? There are a lot of ways to make it happen and we keep learning more every day. It’s a dream. We GET to do this,” CJ adds.

What that often means are intricate blends of stains and techniques to achieve custom results. Painted surfaces that are indistinguishable from actual woodgrain. Wood sealed for longevity that appears to be raw, untreated, and natural. Artistically orchestrating the transition between two disparate textures, where reclaimed barn wood meets a smoother, more modern surface, for example. Success with this level of artistry is why homeowners with the most challenging demands keep coming to CJ Painting.

It’s an exciting and fulfilling experience for both the CJ Painting crew and the homeowners because so much of what drives the high level of customer service at CJ Painting is the genuine enjoyment each crew member takes in making connections with their clients and finding those solutions that make everyone happy. They are, after all, Solution Men and every job is a chance to show it. 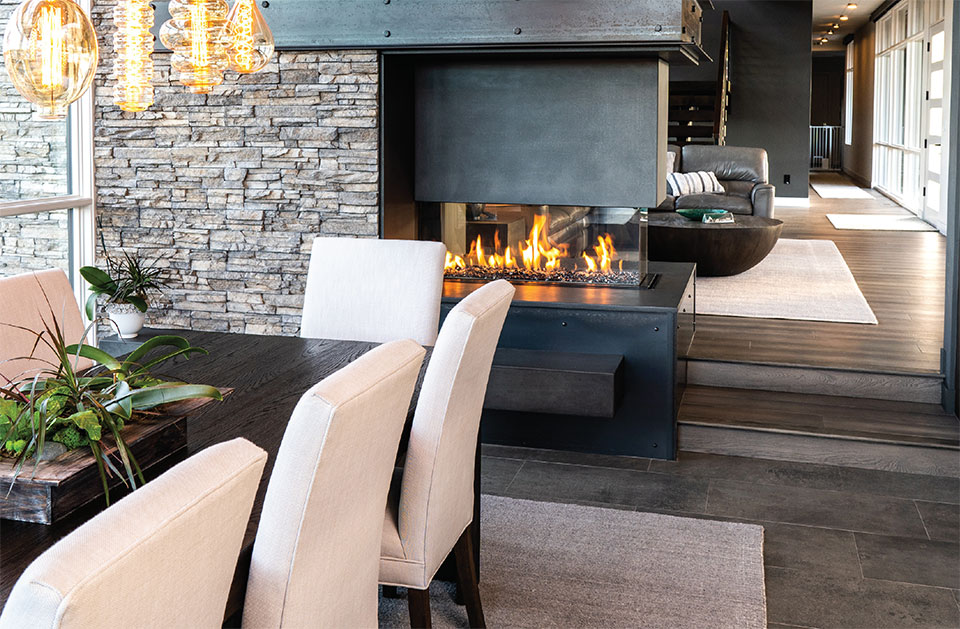 “Special thanks to all our amazing clients and the guys at Miller / Denfeld”
–Christian Martin, Founder, CJ Painting and Custom Finishes, LLC

That brings us to the second story…

A few months ago, well after CJ Painting was established in Bend’s premier custom building community, there was a client whose new home featured a steel-railed staircase. Sprayed black, it was the final piece of the project and with it completed, the owners would move into their new home the next day. 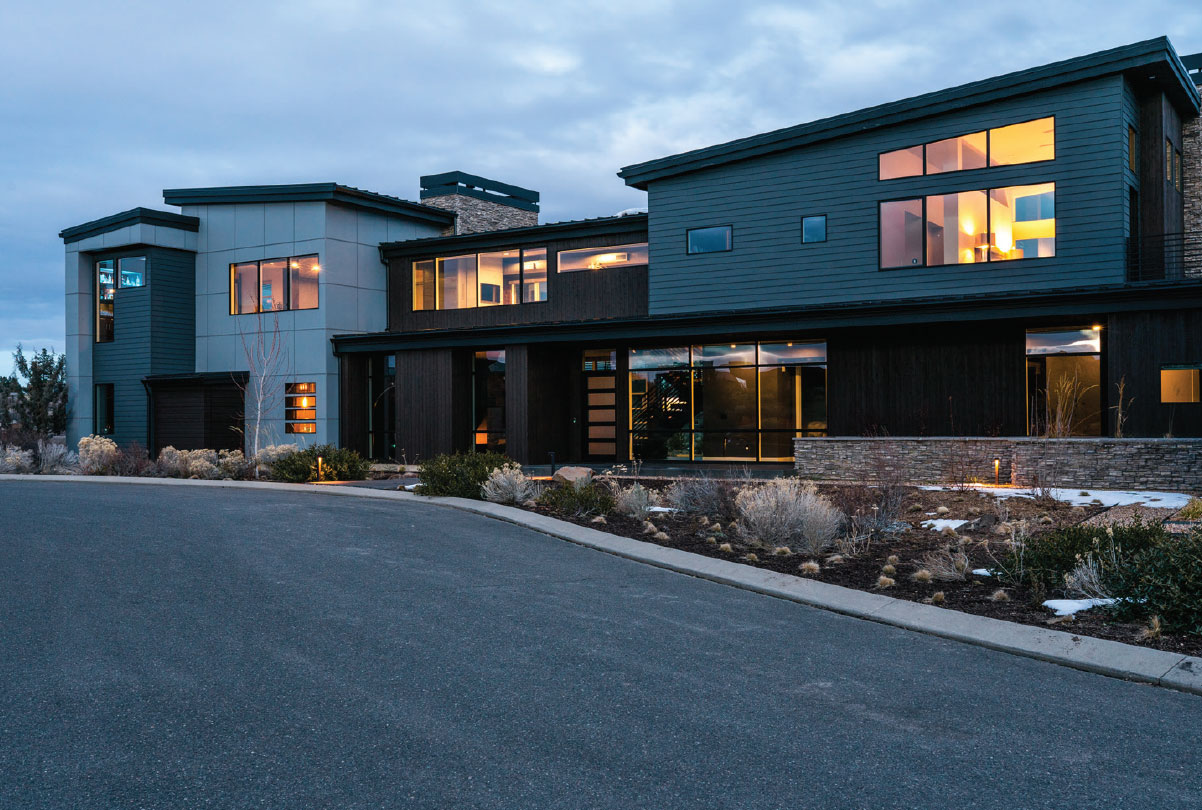 But there was something that just didn’t sit right with CJ. The black gloss finish coat heightened the welds in the steel and instead of flattering the exposed metal framework, it diminished its aesthetic. But the fact remained that the owners wanted to move in the next day. That night CJ returned to the site and resprayed the entire staircase, finishing sometime early the next morning. As the sun rose, he packed up his sprayer and went home to bed. The new owners took occupancy as scheduled and everything was right – emphasis on everything.

That is what you can expect if CJ Painting is involved. There will be no effort considered too extreme. No vision that will not be brought to fruition by a crew that not only thinks of themselves as artists but solution-focused professionals. Problems will be discussed as they arise and resolved openly and immediately.

In fact, builders themselves seem to be coming to CJ Painting when it’s time to paint their own homes. Such was the case with Bobbi DeWitt, Vice President at Northwest Framing Systems. “The team members at CJ Painting pride themselves on professionalism, honesty, integrity, and quality. The quality of work is first-class, and they paid close attention to detail to ensure that we were 100% satisfied with the end result. They went the extra mile for us and it was much appreciated,” DeWitt explains. 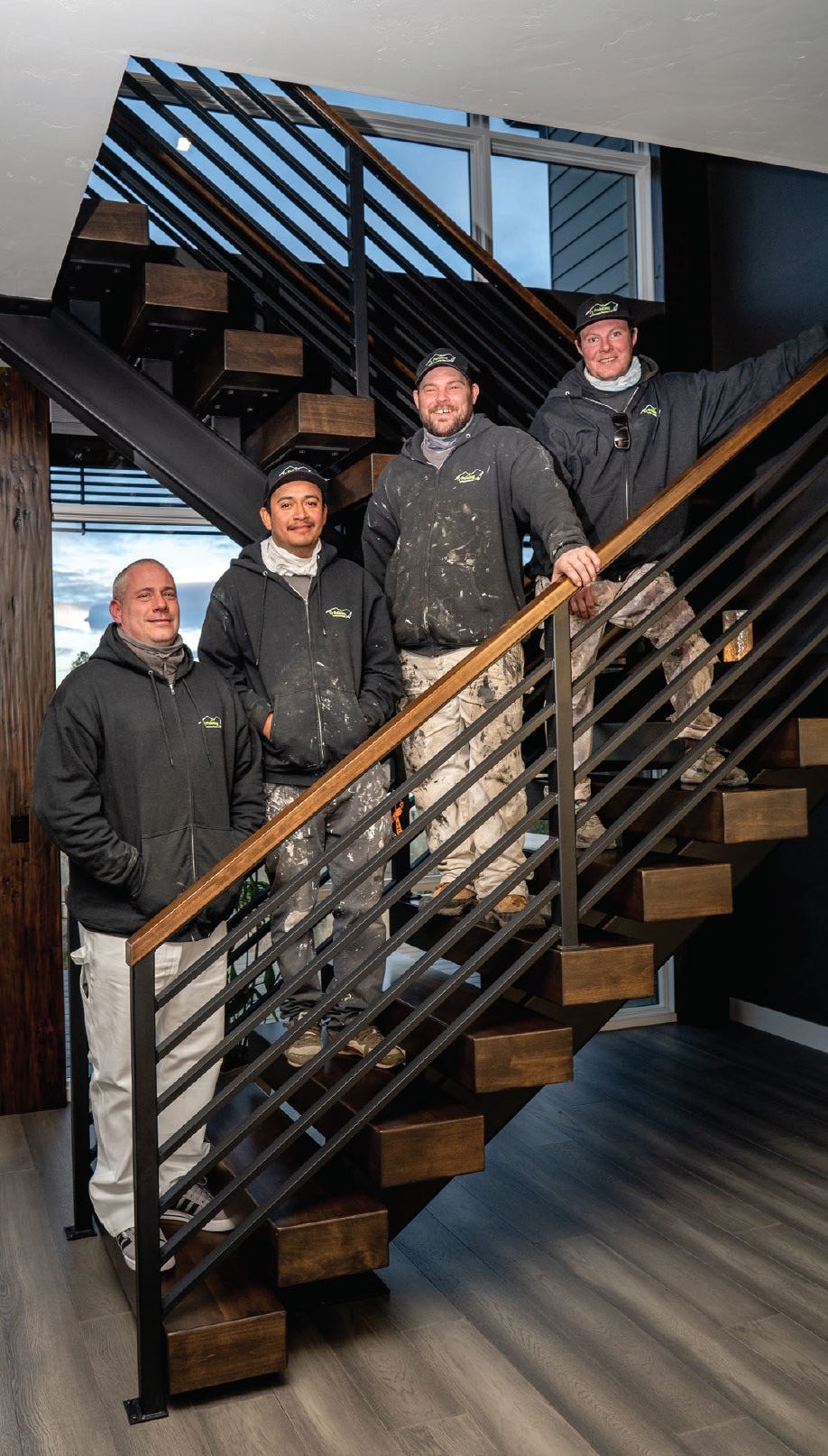 When you’re focused on solutions, problems are really just opportunities. When you view your work as art, you look forward to every day. Turns out, that’s not just a philosophical approach to life, it’s a pretty successful business plan as well.

“The team members at CJ Painting pride themselves on professionalism, honesty, integrity, and quality. The quality of work is first-class, and they paid close attention to detail to ensure that we were 100% satisfied with the end result. They went the extra mile for us and it was much appreciated.”