The Pleasure of Plaster

“Anyone entertaining the idea of putting mud on their walls is my kind of person.”
–Heith England, Founder, Sustain

There’s a renaissance afoot with the red-hot trend of plaster, which has quietly crept back in to the design world, replacing paint, wallpaper, and even brick surfaces. Although used for millennia, in our current climate of conscious eco-friendly trends, the use of plaster and clay is exploding. Green practices aside, it’s breathtakingly beautiful on walls, breathable, better at insulating, fireproofing, and soundproofing, and is also mold- and mildew-resistant. You’ll even be reluctant to hang your artwork.

Heith England, of Hood River-based Sustain, knows a thing or two about plaster and drywall. At 19, while attending Boise State University, he started his own drywall business, Aspen Drywall, which grew into an independent drywall contracting company based in Sun Valley, Idaho. Working with the area’s premier architects, interior designers, and builders, he participated in the construction of luxury homes, vacation properties, hotels, restaurants, and resorts. When he made the move in 2001 to Hood River, Oregon, he continued working with drywall and wall finishes while maintaining the eye for high-end design he’d become known for in Sun Valley. It wasn’t until 2005 that he started Sustain with the purpose of supplying the Columbia River Gorge area with high-quality interior design, sustainable materials, and professional building services.

“Anyone entertaining the idea of putting mud on their walls is my kind of person,” jokes England, as if he doesn’t realize he’s literally an artisan by application. But seriously, his passion is plaster, and it’s evidenced by his place at the forefront of the construction and design industries, where Sustain specializes in custom wall and ceiling finishes. It was England’s vision to create a company that could design and build healthy interior spaces that last a lifetime.

Explains England, “We specialize in and distribute mainly two plasters, American Clay and Limestrong. American Clay is literally earthen clay plaster, so it’s just clay aggregate, water, and pigment, creating a really amazing finish, beautiful, breathable, and healthy. Limestrong is another natural finish using lime. We are doing a lot of plaster showers with a process called tadelakt.” A term derived from Arabic, meaning to rub or knead, tadelakt is a technique using lime plaster requiring numerous coats, a burnishing, and finally an application of an olive oil-based soap that reacts with the lime in the plaster to form calcium stearate, which is impenetrable. It creates a durable, waterproof, and water-repellant plaster surface used to make baths, showers, sinks, interior and exterior walls, even ceilings, roofs, and floors. 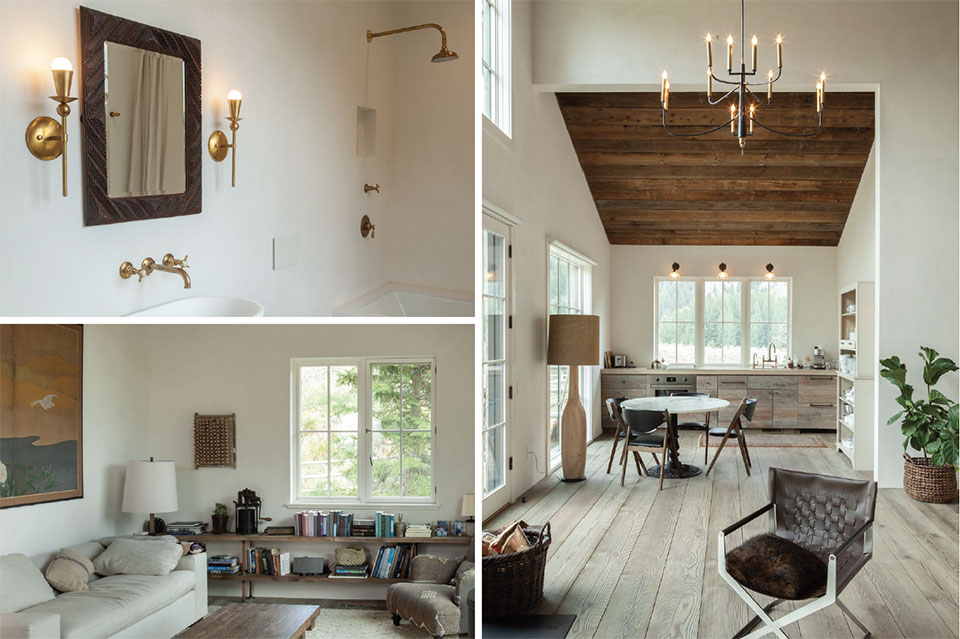 “My business is people, whether it’s my subcontractors, my employees, or the clients, it’s all about people.
–Heith England, Founder, Sustain

Sustain is plastering—pun intended—their artwork all over the Northwest, and additionally their reach includes an all-encompassing build and design firm, with a showroom in Hood River, five in-house interior designers, and a complete build and plaster team. They also offer workshops and support for plaster application. Currently, they have crews in Portland, Bend, northern Idaho, and at least five new projects are underway in Sun Valley, which England still considers home.

On the bluff overlooking Hood River and the Columbia River Gorge, Sustain just finished an impressive representation of their two plaster products in a complete build-out of a home. What began as a remodel request morphed into a complete teardown of a dated 1980s house, whose original view had since become obstructed, and the home didn’t particularly honor the space on which it sat. When England pitched a new design concept using the existing footprint, the owner was exuberant. “We deconstructed but left two walls, repurposed a lot of material, installed some re-planed and refinished old flooring, and added some wall cladding,” says England. “We renovated down to the knives and forks, but the one thing that makes it stand out is the plaster.”

The walls are stunning, as if the surface has become the living, breathing soul of the home. The pigment color choice speaks warmth and light and beauty, and melds beautifully with the interior design and exterior horizon views, bringing a unique sense of depth and texture. An exhibition of art in and of itself, the walls need nothing suspended by a hook. 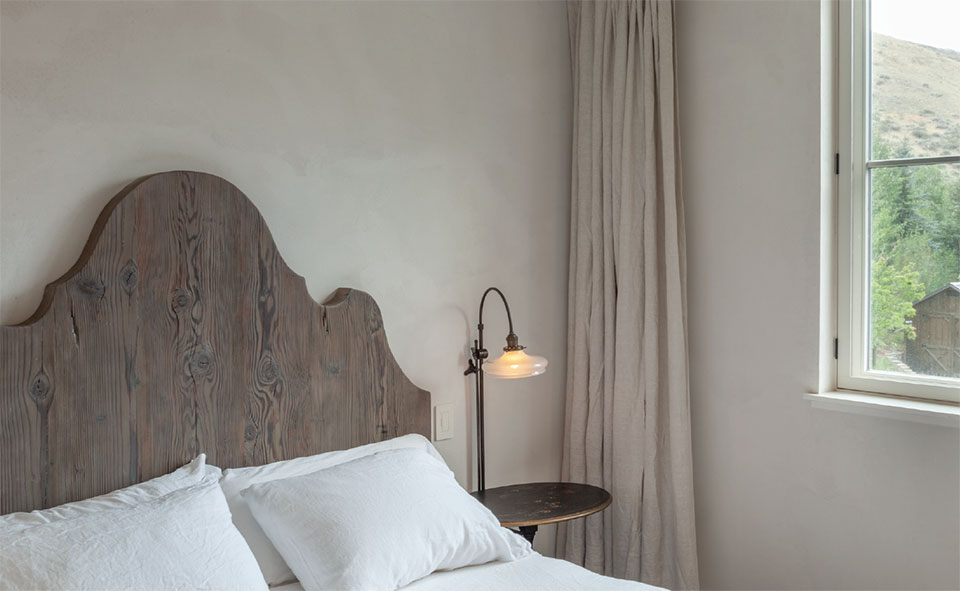 At a Sun Valley residence in Idaho’s Wood River Valley, Sustain hosted a plaster workshop attended by people from all over the country. The East Fork area homeowner loved the finished product so much that she had Sustain come back and do the plaster in their adjacent barn. From the master himself came praise for his two sons, Alec and Chase, who also plaster in the business, shoot photography, and administrate the company website. “I sent my boys out alone to complete this barn project,” says England. “After it was completed, I came out to show for the architects and designers. I hadn’t yet seen it and was thinking I would need to get there early to make sure all was good. I couldn’t believe how beautiful it was, to the point where I thought, ‘Wait, who did this?’ It was a proud dad moment for sure.”

Sustain also strives to incorporate salvaged materials in their design and builds for the creative craftsmanship obtained by this type of material sourcing. “What makes us stand out is that I think everybody wants a story surrounding their home,” explains England. “I learned a long time ago that sustainable building means to build it beautiful and build it well, and if people fall in love with it, they take care of it. That’s been our focus—timeless design, something repurposed and built to last.”

Another fun project taking off on the Washington side of the Columbia Gorge is a huge ranch property where Sustain is gutting and redesigning a number of old farmhouses and outbuildings, building up to 20 new structures, and remodeling a family-owned restaurant in nearby Lyle.

“I’ve come to the conclusion that if you’re in business, your business is people, and that’s 100% true,” says England. “My business is people, whether it’s my subcontractors, my employees, or the clients, it’s all about people. That’s the part I really enjoy. I’ve been fortunate in that it seems like all my clients end up being good friends.” 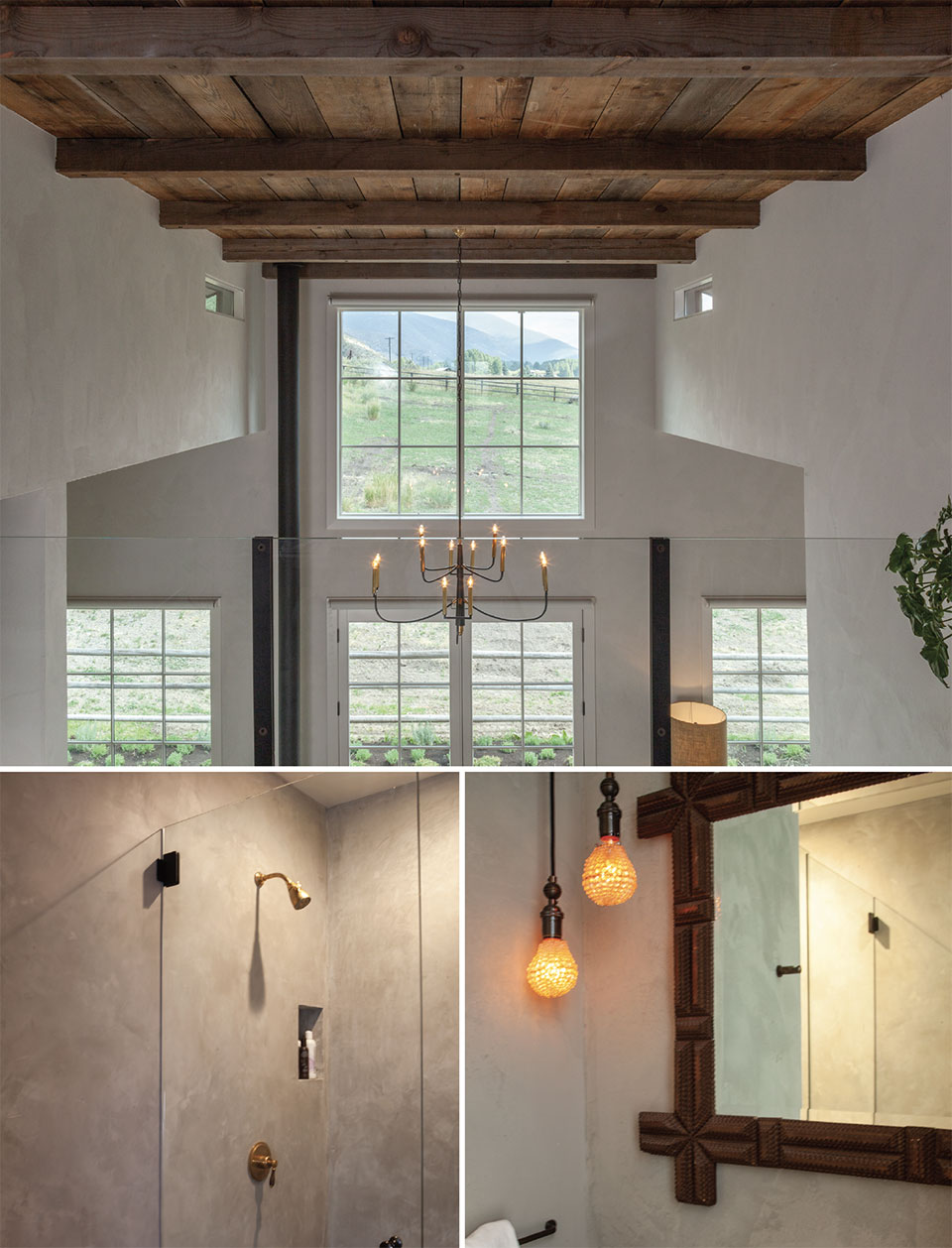