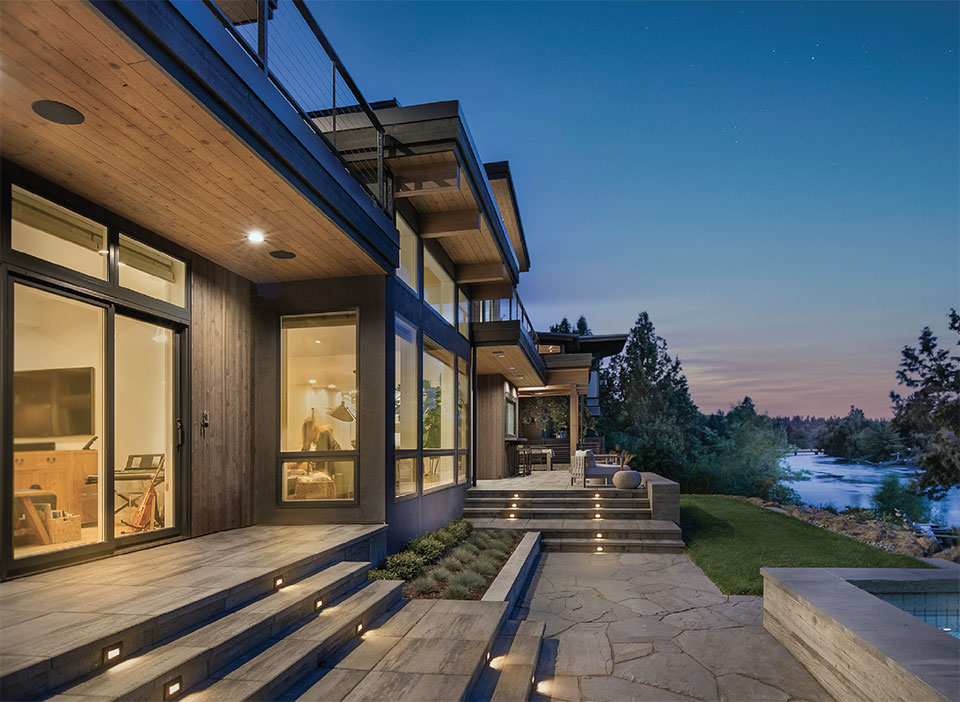 The Art of Inspiration & Integration 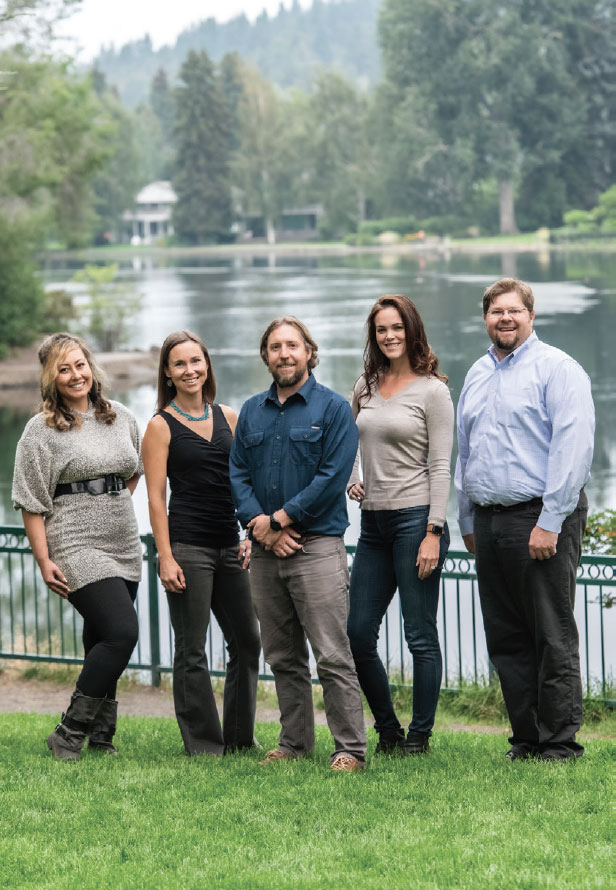 Landscape architecture subtly beautifies and artfully engineers the valuable common spaces of society, integrating natural space and ecosystems with humans and their infrastructure. Bend-based Szabo Landscape Architecture believes that creating outdoor spaces for people to enjoy, socialize in, and recreate in is essential to building a healthy community. With technical ability, creativity, and broad experience, they bring timeless contextual design into every project while highlighting the unique social, environmental, and aesthetic qualities of the site, be it a large-scale commercial or retail development, natural or culturally significant landscape, or an intimate residential outdoor room.

Skillfully blending nature with our human imprint requires not only creativity, but inspiration and imagination as well. “The first step is to spend a lot of time on site and get a feel for what it specifically offers, what we want to highlight, and then work backwards from there,” says Mike Szabo, Principal (award-winning) LA and President of SLA. A great example of that initial inspiration would be their projects along the Deschutes River, where many of their outdoor living space design features are tied to the lifeblood of Bend. Access and a subtle connection to the river are requisite, while the projects in the higher communities, by their very location, demand views of the spectacular Cascade Mountains. Says Szabo, “We always try to create a relationship between the landscape and the river, utilizing its riparian plant material, and its native geology as hardscape materials.” In juxtaposition, their projects in the higher elevations build upon the meadowlands, upland plant materials, and groves of Ponderosa Pine.

One such residential project in downtown Bend is all about the river. Explains Brian Nierman, LA and SLA partner, “A terrace crowns the rimrock, with a garden cascading down through the rimrock onto a riparian lawn area right at the water’s edge. Since the beginning, we’ve been working with Hacker Architects to try to create the feeling that no matter where you are in the house you can see the river, you’re connected to the river, and you can hear the river. That project will be spectacular when finished.” In contrast, SLA is working with another architect on a pod house system that is more about capturing singular views and experiences. From one section of the structure, you enjoy a particular mountain view; at another, you’re immersed in the native landscape, while in the firepit area, Mt. Jefferson looms, and by the pool, all three Sisters beckon. “Our aim is to really complement and enhance the architectural design while creating comfortable spaces,” says Szabo. “With that in mind, preservation has become a key component in our designs. It can be challenging to preserve integral parts of the native site – natural rock outcroppings and groves of Ponderosas – and minimize disruption from general construction activity.” 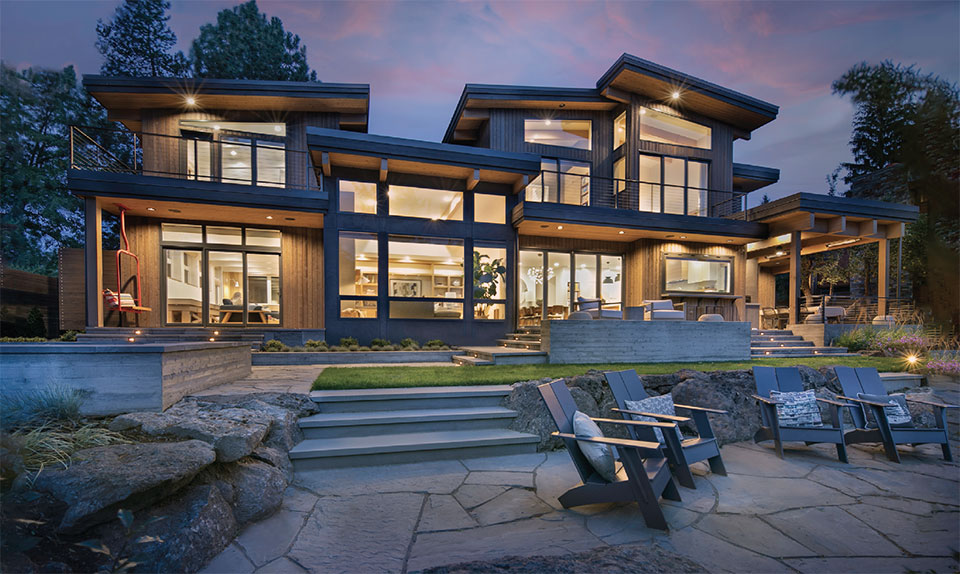 “Our aim is to really complement and enhance the architectural design while creating comfortable spaces. With that in mind, preservation has become a key COMPONENT in our designs.”
–Mike Szabo, Principal, President, PLA, ASLA

One corporate multi-phased expansion project in Bend also embodies the Deschutes. SLA had the challenge of tying various phases and existing facilities together with a cohesive pedestrian circulation and amenities. They designed the entire campus in such a way as to subtly and casually portray the river running through it, complete with abstract canyons and oxbows within the paving pattern. Outdoor furnishings resembled scattered fallen logs, and vegetation mimicked the riparian river’s edge.

The broader common text of a region can also bring inspiration and creativity to a site’s design, as seen in SLA’s Confluence project in Klamath Falls where the geology system of the Klamath Basin influenced aspects of the design and planting schemes. The paving alignment, boulder placement, site furnishings, and plant species were all artfully crafted into the design in a way that highlights the area’s natural qualities. Often the influence can be somewhat abstract or subtle as in their Centennial Park Expansion project in Redmond, a key component of Redmond’s Downtown Urban Renewal District, connecting the new City Hall with the existing Centennial Park. “We took into account the historical context of the construction site, and also the fact that it was at the foot of the City Hall building, so it had a very civic presence to it,” says Nierman. 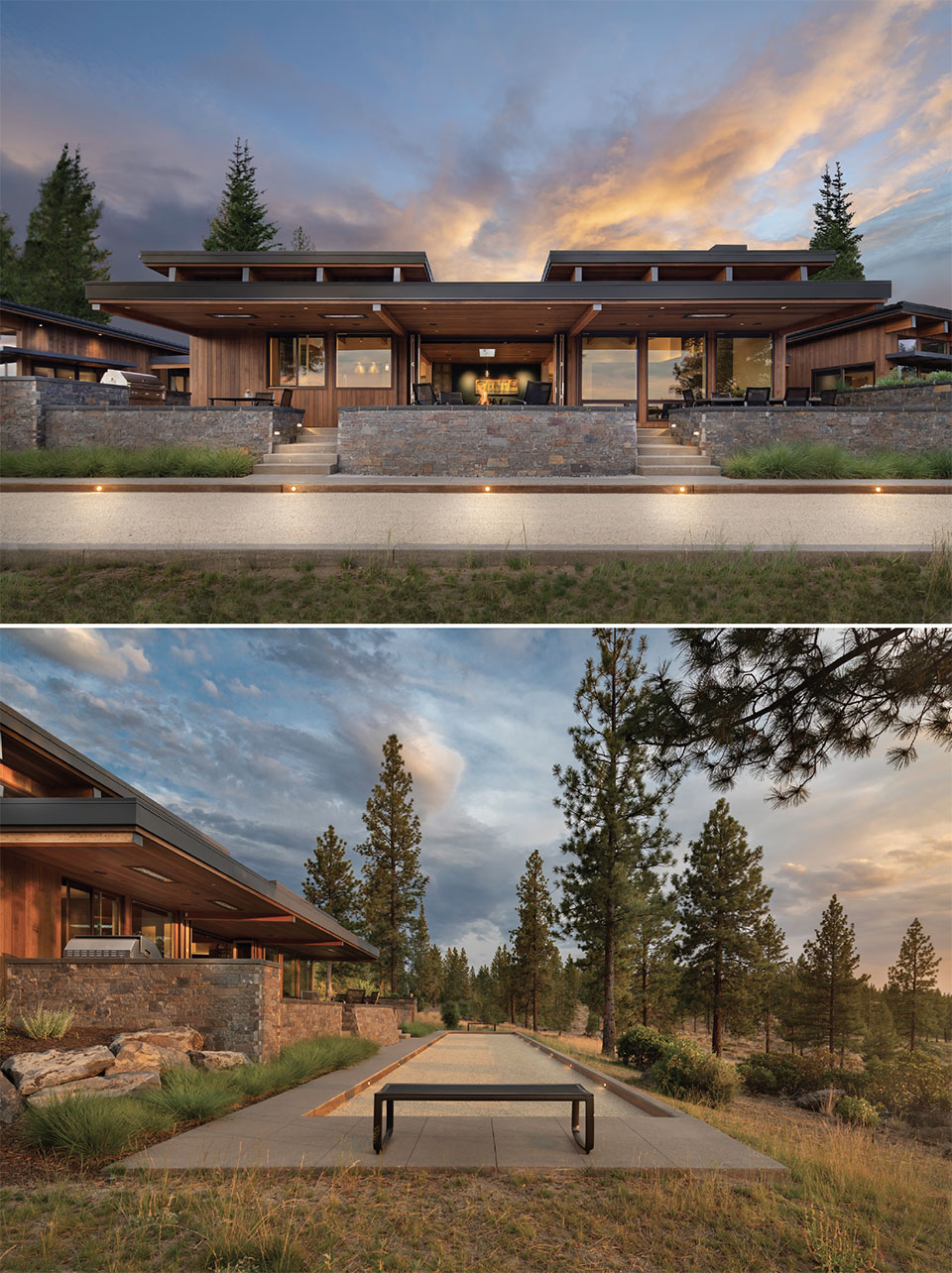 If SLA is creating, they are having fun. “Often when we get involved it’s a large blank canvas of land with nothing on it but the structure,” says Szabo. “It can be intimidating, especially if the client doesn’t have a clear idea or vision. There is no shape or line, and nothing is off-limits. You really have to be inventive, get the creative juices flowing and come up with something that’s special and appealing both in plan-view and upon completion. Ultimately, we strive to find the style that fits with the client and the architecture.”

“One of the things I enjoy most is being brought on early in the architectural process, the back and forth of ‘napkin-sketch’ planning as it relates to where the building footprint sits amongst the surrounding natural features, and then designing outdoor living spaces advantageously using whatever natural elements are there.”
–Brian Nierman, Partner, PLA, ASLA

Nierman concurs, saying, “One of the things I enjoy most is being brought on early in the architectural process, the back and forth of ‘napkin-sketch’ planning as it relates to where the building footprint sits amongst the surrounding natural features, and then designing outdoor living spaces advantageously using whatever natural elements are there.”

Szabo Landscape Architecture is passionate about the industry and believes in a philosophy of open communication and collaboration between all disciplines, ultimately producing a successful project for all. 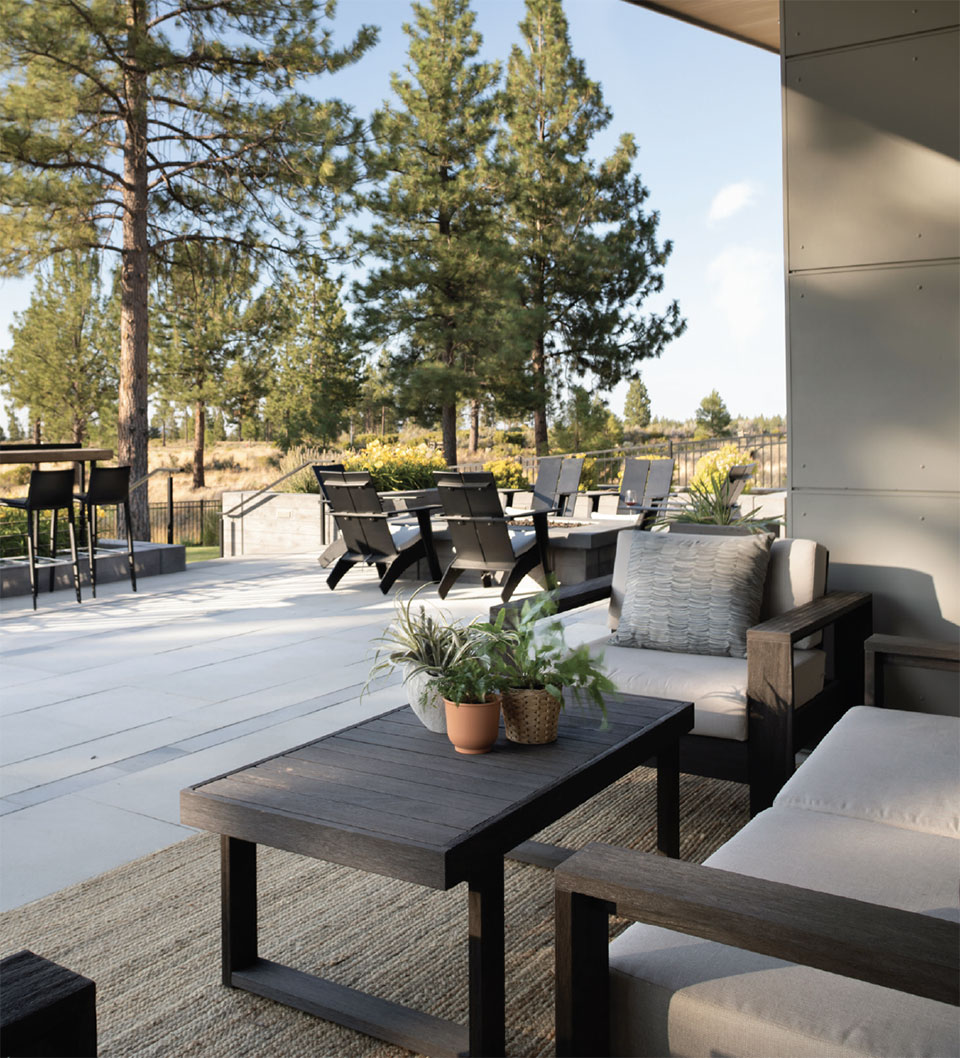