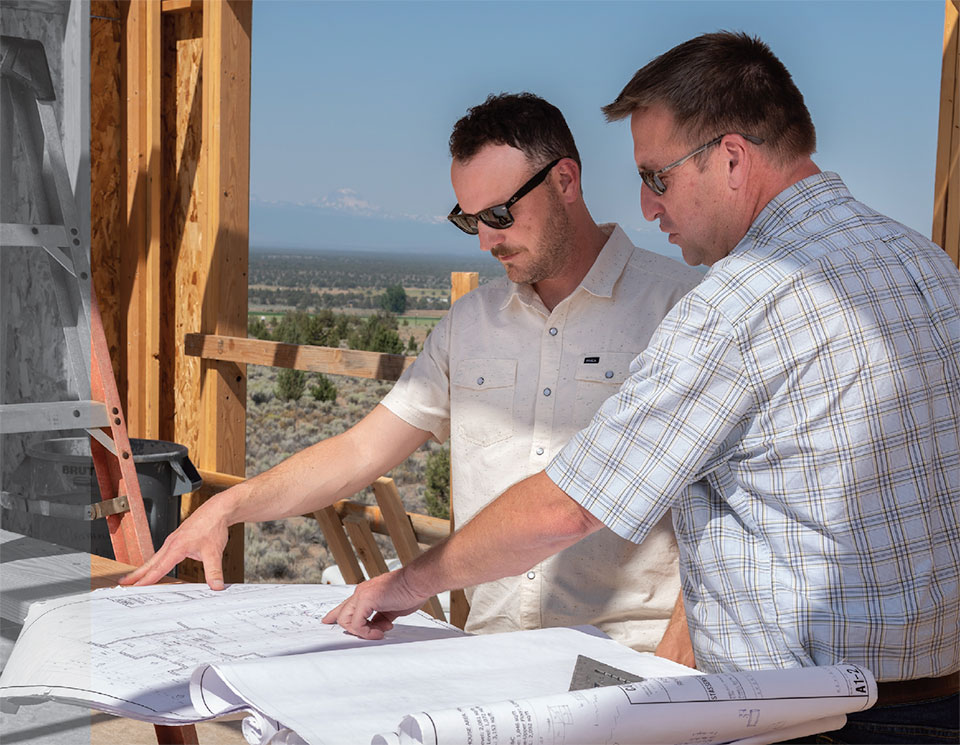 The Value of Time

If time is a commodity, it serves as an integral starting point for a custom home with custom builder Shan Stassens of Winsome Construction and Michael Curtis of MPC Design Studio. From day one of the design process, clients are engaged in a discussion of complex ideas and expansive concepts. The goal is to derive the core concept for a house from its site and the clients’ needs. “Once these values are defined, they shape the concept that ignites our collective enthusiasm for the entire project,” Michael says. When projects can last for several months, establishing guiding principles helps the team remain committed to their work and craft.

Shan and Michael’s intent is for their structures to be timeless. They do this by designing and building legacy homes that clients and their families can enjoy for generations. “As a designer, my ultimate goal is creating buildings that are sculptural and artistic, but that are also real. They must keep you safe and perform in all the ways a building should. At some point, time becomes the most important measure of worth. It’s one of the greatest values we aspire to incorporate in our work, with our teams and our clients,” Michael adds. That longevity is reflected in durable selections of natural materials that get better with age. Shan says, “Our clients are often not looking to sell the homes we’ve built for them. They’re heritage homes that they want to give to their children.” 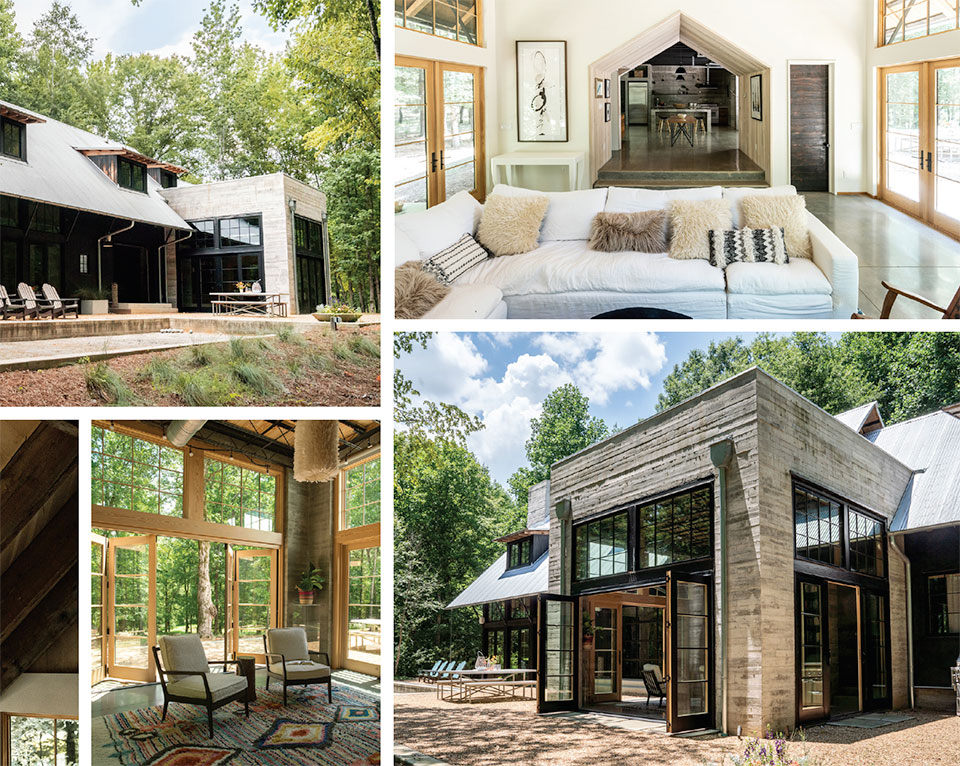 Ask any architect about their inspiration and they should say it’s a combination of the site and the client. But what happens when there is opposition between those two forces? The process that Michael and Shan implement sets the tone for an enjoyable building experience wherein the end result consistently exceeds expectations. The process is so effective that when Shan and his family were building their new home in Bend’s Brasada Ranch, they engaged Michael and MPC Design Studio to work on it together.

“Michael’s designs are very intelligent,” Shan explains. “He has an exceptional ability to hold opposing ideas in mind, which is quite frequent in our world – structure versus beauty, value versus budget – he finds ways to express those dualities while doing an amazing job blending a certain aesthetic with high function.”

“Michael’s designs are very intelligent,” Shan explains. “He has an exceptional ability to hold opposing ideas in mind, which is quite frequent in our world – structure versus beauty, value versus budget – he finds ways to express those dualities while doing an amazing job blending a certain aesthetic with high function.”

One example of that process is in a home in the Valley that involves a silo and board form concrete. Michael designed a silo that would house a 7,000-gallon water tank, and the original idea was to pour the silo in board form concrete. The more they worked on the project, they found themselves brainstorming ways to use a different material to lighten up the structure. They tossed around ideas of metal, block, and stone, and ended up going with reclaimed wood, specifically the wood that they’d used to board form the rest of the house. They salvaged it and cleaned the wood and found a sustainable solution that worked best for the project. 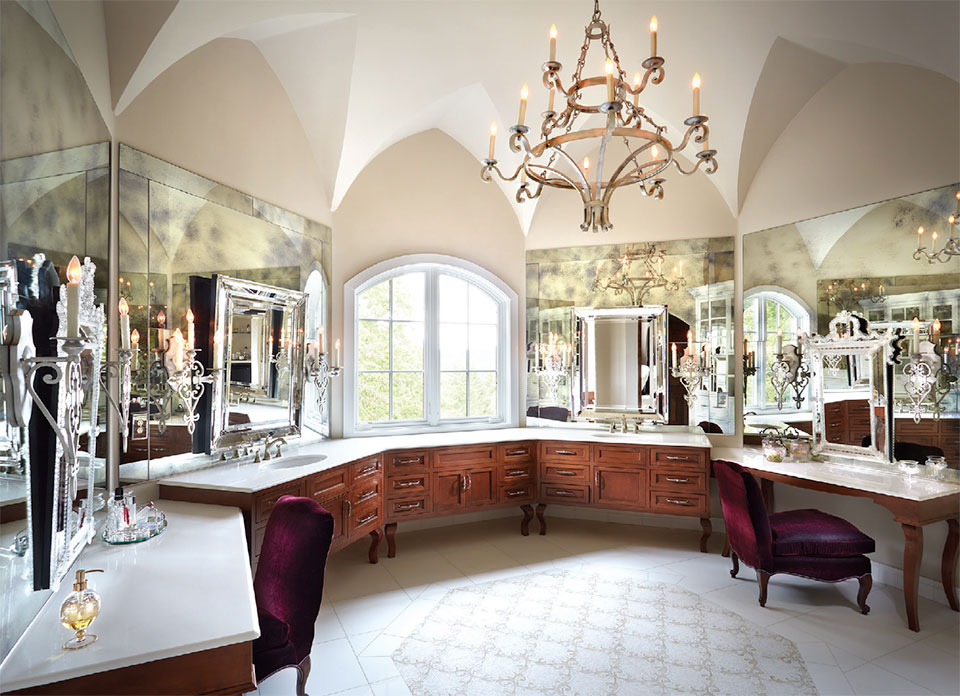 “All we have to do is decide what to do with the time that is given us.”
-J.R.R. Tolkien

“We’re trying to create something full of life with a strong concept and design, but that is also united,” Michael explains. “Working with Winsome and Shan allows us access to their wealth of technical knowledge that enables us to create beautiful and high-performance homes.”

Shan calls it an upstairs/downstairs scenario, wherein the design/build process/relationships are the most important (upstairs) and the downstairs addresses durability and the science of how the building handles moisture, loads, and seismic events. “Most people glaze over when I talk about things like vapor diffusion,” Shan says, but he explains how those components are part of the best practices that Winsome employs on every project. Perhaps the most important of those best practices is getting the builder involved early in a project. That enables open communication so that all of the stakeholders can help one another identify the clients’ end vision.

“The Castle”, a project by Winsome Construction 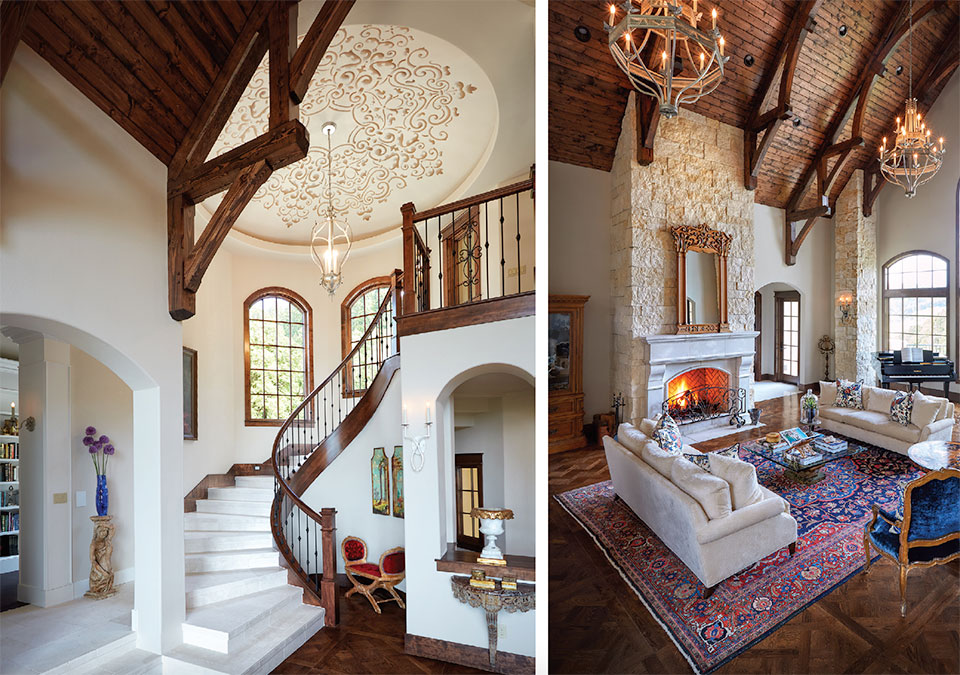 There’s a perception in our built world that the most sustainable houses must be LEED certified, but that’s not necessarily true. Michael explains, “You can create beautiful architecture that is also a high-performance, highly sustainable piece of art by following best practices. It’s the stuff behind the walls that nobody sees that makes the best house for the environment, client, design, and the builder.” Of the several projects Michael and Shan are working on together is a home that is on track to be passive house certified. While they support LEED and the Green Building Council, they are not letting the certification dictate the design. Instead, they’re using their best practices that will likely earn the certificate because of their inherent merit. 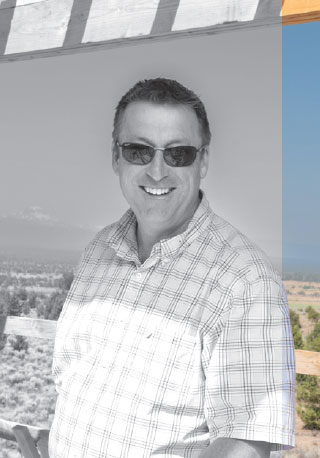 The process comes up frequently in discussion because it is their North Star. Shan considers it to be a form of pre-construction that allows for the evolution of design and product. “If you’re going to cut wood, you should spend the first couple hours of your day sharpening your saws,” he says. Shan then cites a book that sits on his nightstand about English castles and manor homes. The book traces the history of British architects to their origin as stone masons and carpenters who were highly skilled craftspeople. They developed a great eye for design and became highly regarded, such as Christopher Wren and Nicholas Hawskmoor. “British architecture evolved from hands-on people who understood the balance of structure and design. They were strategic and tactical and created projects that could take 50-100 years to build. Now, 500 years later, I’m inspired by their magnificent work,” Shan says.

Michael adds that history is also his guiding light. When he was a student at Auburn University, he studied abroad in Europe and immersed himself in classic and modern architecture. “We’d go to a building and sketch it, but we were there to also understand the culture around the structure. I developed an appreciation for the craft of architecture and construction that took in some cases generations to build and are still ongoing, like Antoni Gaudi’s Sagrada Familia in Barcelona, Spain.” He adds that locally, Oregon has amazing American barns that have survived for generations and have strong bones. “The master builder architects of our past cared for their work. Their passion came through everything they worked on and their projects meant everything to them. Shan and I talk about this frequently. If we’re doing things to just let the time go by, we’re not living in our passion. That’s where projects fail – when the enthusiasm for the end result dies.”

“Our clients are often not looking to sell the homes we’ve built for them. They’re heritage homes that they want to give to their children.”
–Shan Stassens, Winsome Construction 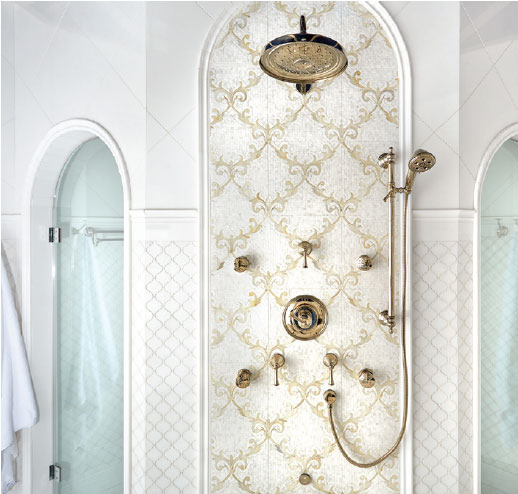 When the inevitable hiccups arise, it is their process that guides them to solutions. The concept is rooted in the history of the place, the local vernacular of architecture, and the clients’ needs. Layering in external forces such as city codes, HOAs and ARCs, as well as the realities of different personalities, there are many obstacles to navigate when designing – and that’s just designing.

When it comes to completing a build, Michael and Shan point out that the plans don’t live in a vacuum. “It’s important to have a conversation with the whole team,” Michael says. Those discussions involve confirmation from the team that we’re taking the best approach. He adds, “My task is to take the information and extract it to its essence, so it’s cohesive and harmonious. As long as you’re maintaining a level of humility, the project will be successful.”

Shan adds, “Michael’s a pretty humble guy. The number of variables that he works with is almost infinite.” Winsome values its relationships with architects. The ongoing work that happens when the build starts is called ‘construction administration’ and it includes site visits, phone calls, and meticulous clarification of all of the smaller details.

Human nature wants to initially view obstacles as a negative problem, but Shan has seen elegant solutions emerge from perceived challenges. “When you do your own project, your tradeoffs become front and center,” he notes. Michael considers those spontaneous solutions gifts. “They’re not preconceived but instead evolve over time,” he says. Shan laughs and adds that this type of evolution happens for him on a weekly basis. “On my house, we had a window that didn’t quite work where we initially thought it was going to be,” Shan says. The windows were already ordered so he pivoted and swapped it out with a smaller window that fits even better than they’d planned.

Shan and Michael work from a place of respect and humility as well as extreme talent. Shan says, “We both would like our projects to be admired after we’re long gone – to stand the test of time. We vacation in beautiful places like Timberline or go to see the Golden Gate Bridge. Those inspiring structures are reminders for me to build amazing homes that will be valued when we’re no longer here.” Both Michael and Shan are students of their craft and abstract thinkers. As a team, their language is rooted in an appreciation for Central Oregon’s history and Bend’s modern vernacular.

“It’s important to have a conversation with the whole team. My task is to take the information and extract it to its essence, so it’s cohesive and harmonious. As long as you’re maintaining a level of humility, the project will be successful.”
–Michael Curtis, MPC Design Studio 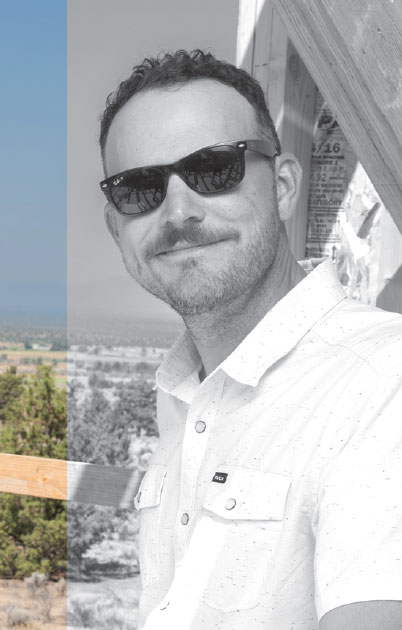 Time is their best critic and also their currency. The heritage home that they’re working on in the Valley is being built using traditional construction methods that are still relevant, and it is being outfitted with the most advanced mechanical, electrical, and plumbing (MEP) systems. That duality of balancing history with the present conveys a sense of longevity and creates an essential nature of timelessness for the home.

Shan’s approach is more like an engineer and Michael’s is that of an artist. Shan notes that he really admires architects who can sketch, like Michael. A special treat that some clients get when they’ve completed a home with Winsome is a framed piece of art – if they are lucky enough, Michael may have sketched their home on a cocktail napkin early in the process. That artifact is saved and becomes a souvenir from the process.

Shan and Michael both view the building as a structure made of atoms that have to perform correctly. Together, they seek an enjoyable, inquisitive, and truthful experience. If an idea is bad, they’ll call each other out on it. They’re classically trained and bring a wealth of knowledge to each project. Their experience allows them the presence of mind to stay in the moment and also operate on a higher level, exploring ideas that are revealed as they get further into the process. When Michael or Shan says, “I just thought of this,” a client can be certain that the insight they’re about to share is lightning in a bottle.