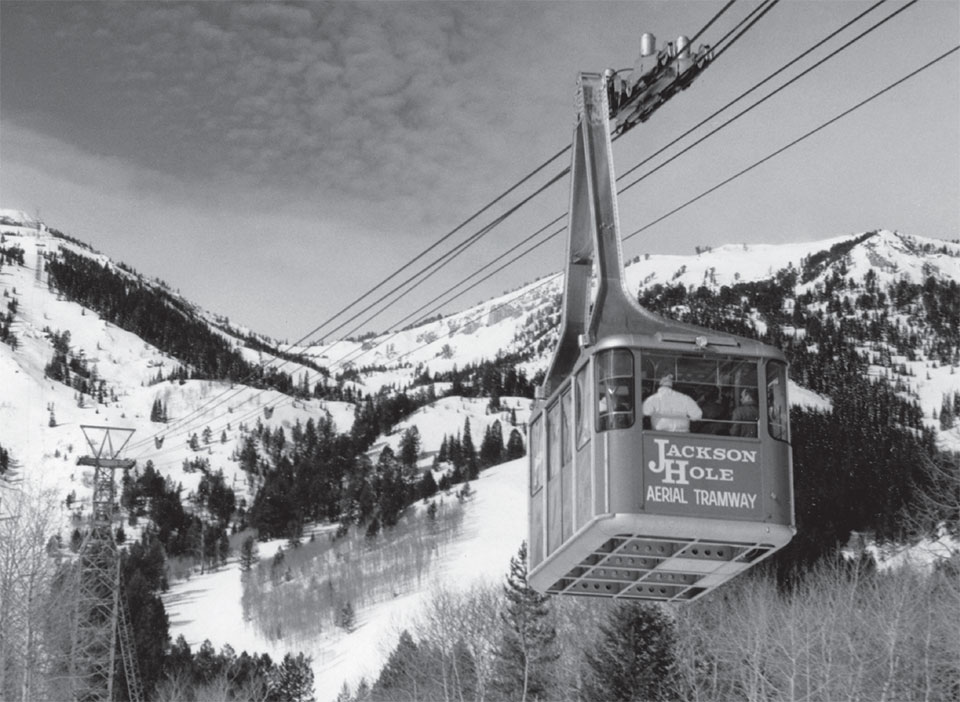 Dean Lewis first came up to Jackson in the summer of ’64 as an employee for A-1 Electric, which would later become Delcon. He was born into a family of five that moved to Fremont County from the Douglas, Wyoming, area in 1945. A classic Wyoming man, Dean grew up on ranches—on farms and in open space. He worked for a veterinarian in high school, and was encouraged to become a vet, and therefore took courses such as pre-med, engineering, and law.

However, after spending a year working as a heavy equipment operator with his brother and father, Dean was accepted into an electrical apprenticeship in 1961. Earning the grease in his hard hat, he quickly realized he could make a real future following the path of a tradesman, and according to him, “be as good as an electrician that I can be. As with many who find themselves in the trades, I guess I just defaulted into it.” Dean has a Western edge and slow-speaking humor that is dry, sincere, and completely on point.

Bob Dean opened Delcon in Jackson in March of 1964 on Willow Street between Kelly and Karns, and Dean Lewis worked for Delcon until he became one of the owners in 1972. By July of the following year, Dean and his eventual partners, Bob Dean and Bill Wilson, had not only become skilled problem-solvers but also Fourth of July heroes. On July 4th of 1965, the power went down at the Wort Hotel. Their whole electrical service had failed and the only experts to turn to were the young guys at Delcon.

Delcon already had storefronts in Lander and Casper before opening the storefront in Jackson. It filled a great need for tradespeople across the state. In the Jackson Valley, Delcon’s resume includes the Alpenhof, the original Tram at Teton Village, The National Wildlife Museum, the ice rink and the ski shelter, several schools, and the current Tram. The Delcon team has come to the rescue of tourists, homeowners, and the town of Jackson. Dean is still modest about their local triumphs and claims it was only their timing.

“We were fortunate to start a business in Jackson when it was a much smaller, uncomplicated Wyoming town. Our customers were our neighbors and other local business people who often provided us with goods and services. We lived and worked together.”

Dean was not just fortunate—he and his partners and employees created a legacy from their 58- year tenure at Delcon, making Delcon one of the oldest businesses in the Valley. They kept their business approach the same throughout: a good layout, good trimming, good evaluation, and the equipment the team needs to get the work done. According to Dean, “This is a people business and the people in the trenches make it happen.”

With their long tenure and drive to create the best service available, Delcon established itself as the regional residential, commercial, and industrial electrical/HVAC experts. Their ability to install and maintain the most high-performance systems in the region’s homes and commercial buildings made them a top choice both locally as well as across the whole state of Wyoming.

Delcon took its name from an abbreviation for design, electrical, and construction. But Dean’s business philosophy requires more than just a name for the work, it requires ethics. Dean is a modest guy with a rancher’s sensibility and his priority is putting people first.

“We were fortunate to start a business in Jackson when it was a much smaller, uncomplicated Wyoming town. Our customers were our neighbors and other local business people who often provided us with goods and services. We lived and worked together.”
–Bob Dean, Partner, Delcon 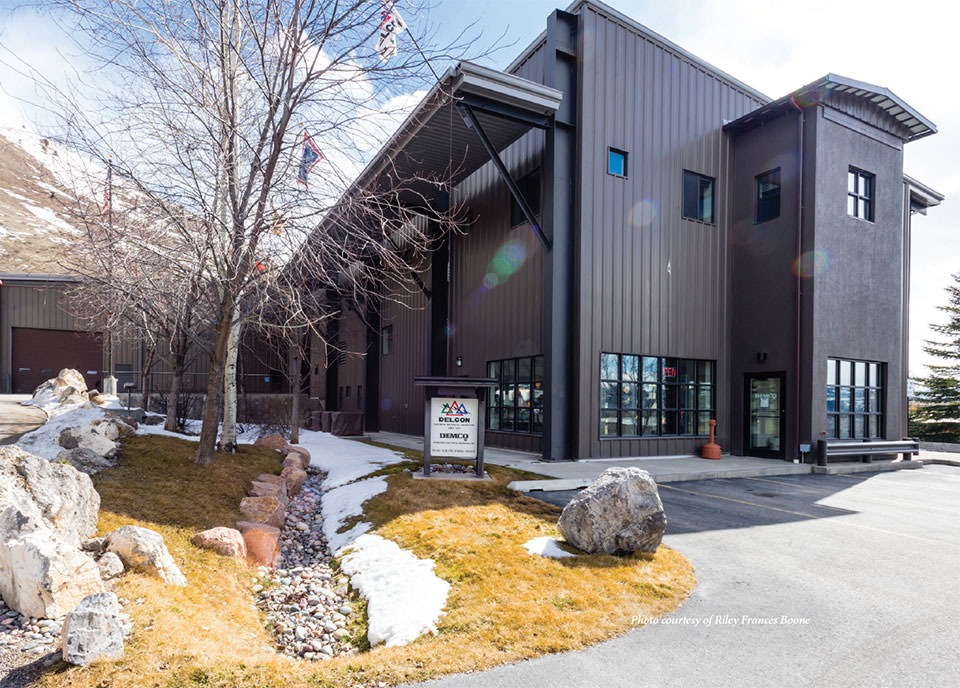 “I believe people who are fortunate enough to live and work in less populated areas such as Wyoming learn a kind of self-reliance that can lead to creative and hard-working individuals. I do love Wyoming. As owners from Wyoming, we looked for employees who had this kind of self-reliance and they became the backbone of our success. We all respected the environment we lived in, and we learned to help and to depend on each other. Our word was always as good as any contract. We worked hard to consistently deliver goods and services that would cause our customers and our employees to have trust and confidence in our company.”

Dean’s leadership roles extend past Delcon. Dean is a former director of the Wyoming Chapter of the National Electrical Contractors Association and a past member of the Independent Electrical Contractors Association. Dean has served as a Director of Lower Valley Energy since 1984 and served seven years as the Board Secretary/Treasurer and four years as Chairman of the Board.

Dean also currently represents Lower Valley Energy as a Director on the Wyoming Rural Electric Association Board, which consists of 11 electric cooperative systems within Wyoming. He’s been on the board of the Jackson Hole Historical Society & Museum and was a Jackson Fire Department volunteer for ten years. He was also a past Board Member of the Shriners Hospitals for Children in Salt Lake City. “Seeing the hope in the eyes of kids being helped was very rewarding for those of us who had the opportunity be appointed. Those few years were humbling to be a small part of helping kids have a better life,” explains Dean. His wife Carol brought the Jackson Hole Airport through its lease renewal with Grand Teton National Park and also served on the St. John’s Hospital board for many years. 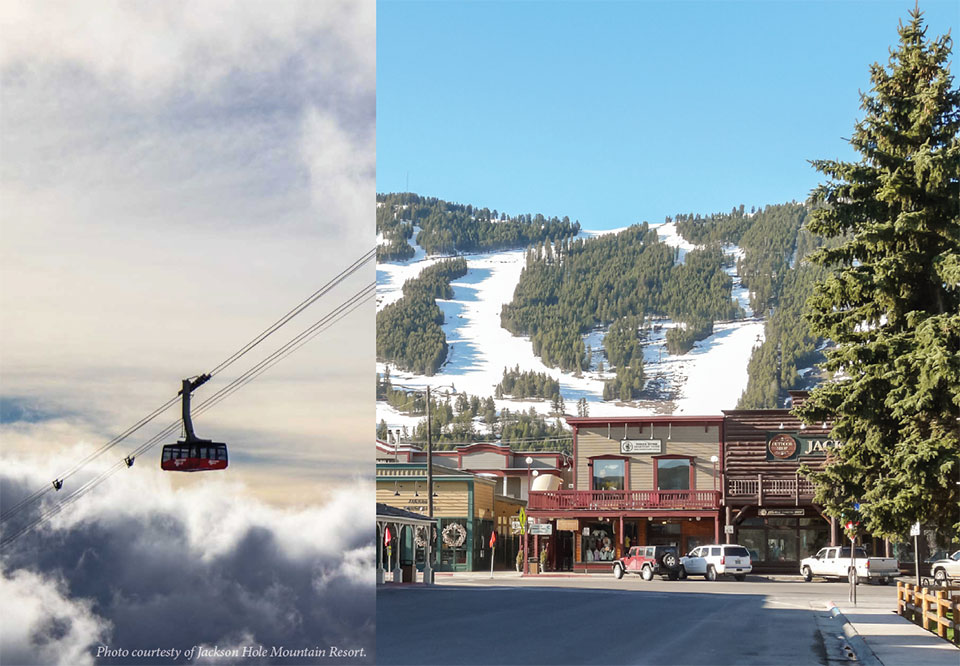 When Dean started chewing on plans for retirement late last year, the process was hurried along by a misdiagnosis of cancer—which thankfully was only an infection from which he easily recovered. But by spring 2018, Dean decided he was going to pull his hand out of the pot and finally retire from the business.

As such, Delcon partnered with a local owner/operator who retained all the employees and continues to grow the business. Therefore, Delcon continues to channel Dean’s passion for people, both clients and employees, through a commitment to quality service, integrity, and design aesthetics. Operating out of Delcon’s third location south of town, the firm embraces technology as they work on projects with their customers, but at the end of the day, Dean’s influence persists, since the preferred form of communication is face-to-face . . . the classic Wyoming way.