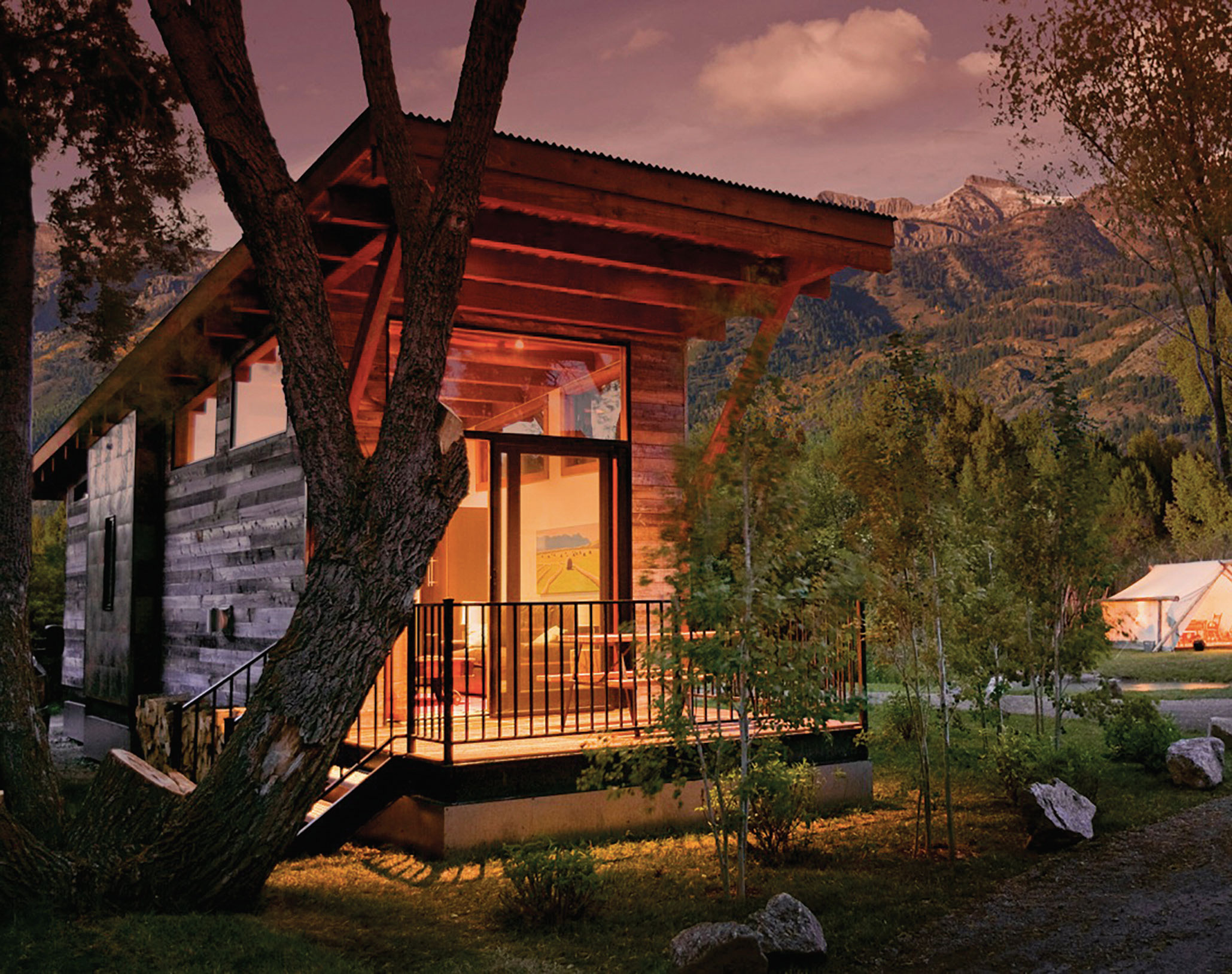 We can live large without living with a lot of stuff. At least that’s what Jamie Mackay, founder of Wheelhaus, Inc, thinks.
Here’s the thing—he’s not alone. There’s a real “live small but don’t sacrifice luxury” movement afoot and Mackay and his high-end mobile Wheelhaus cabins are at the front of the pack. For good reason too.

“We probably tore down the interior walls on that first Caboose three or four times to get three inches here or five inches there. We’re working with limited square footage so we were meticulous and creative.” What, you might ask, is the square footage we’re talking about? Well, the Caboose model is 400-square-feet of indoor living space. There are some storage add-ons you can opt for so that all your outdoor gear and your toys have happy homes, but most of the Wheelhaus models range from 350 to 400 square feet. There is one deluxe model, the Hitch Haus, aptly named because it stitches together three smaller models for around 1,500 square feet of luxury living.

But that was not the end of Mackay’s ingenuity—it was only the beginning. Mackay’s guests started asking if they could get a mobile unit like the cabins at Fireside. Ever the enterprising businessman, Jamie responded, “Of course you can.” Orders were placed. Hands were shaken, and then Wheelhaus Inc. proper was born. In all, he and his friend and co-worker Rick Gava have designed seven models with an eighth on the way—the Caboose, Wedge, Hitch House, Rail Car, The Mod Haus, Silo, and the coming-soon, the totally-off-the-grid Flex Haus.

OK. So you may not be jonesing for Mackay to cook you dinner with that bit of information, but after you tour his Wheelhaus models (or stay at Fireside Resort in Jackson), you will be ready to sign up for the next rolling cabin to come off his factory floor. Admittedly, for all you people out there who couldn’t live without your chef’s kitchen, Wheelhaus living may not be for you. But, maybe you need a guesthouse, a man-haus, or a place for your mother-in-law to stay (out of your haus). Mackay has had clients of all sorts—“Our first client actually bought four after staying with us at Fireside and uses them as vacation homes. Some of our clients are young couples starting out, working remotely, and living an adventurous life. Others are retired and want less maintenance.”