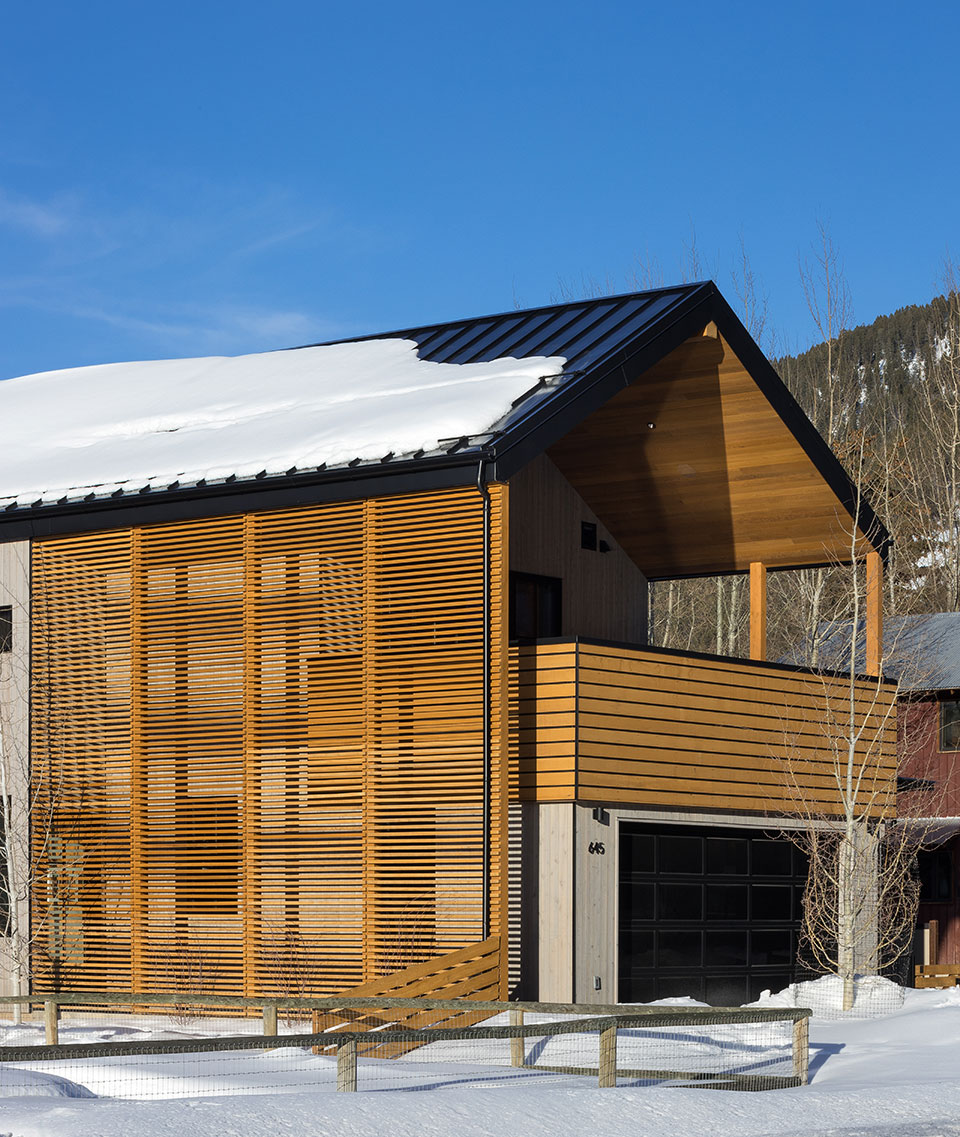 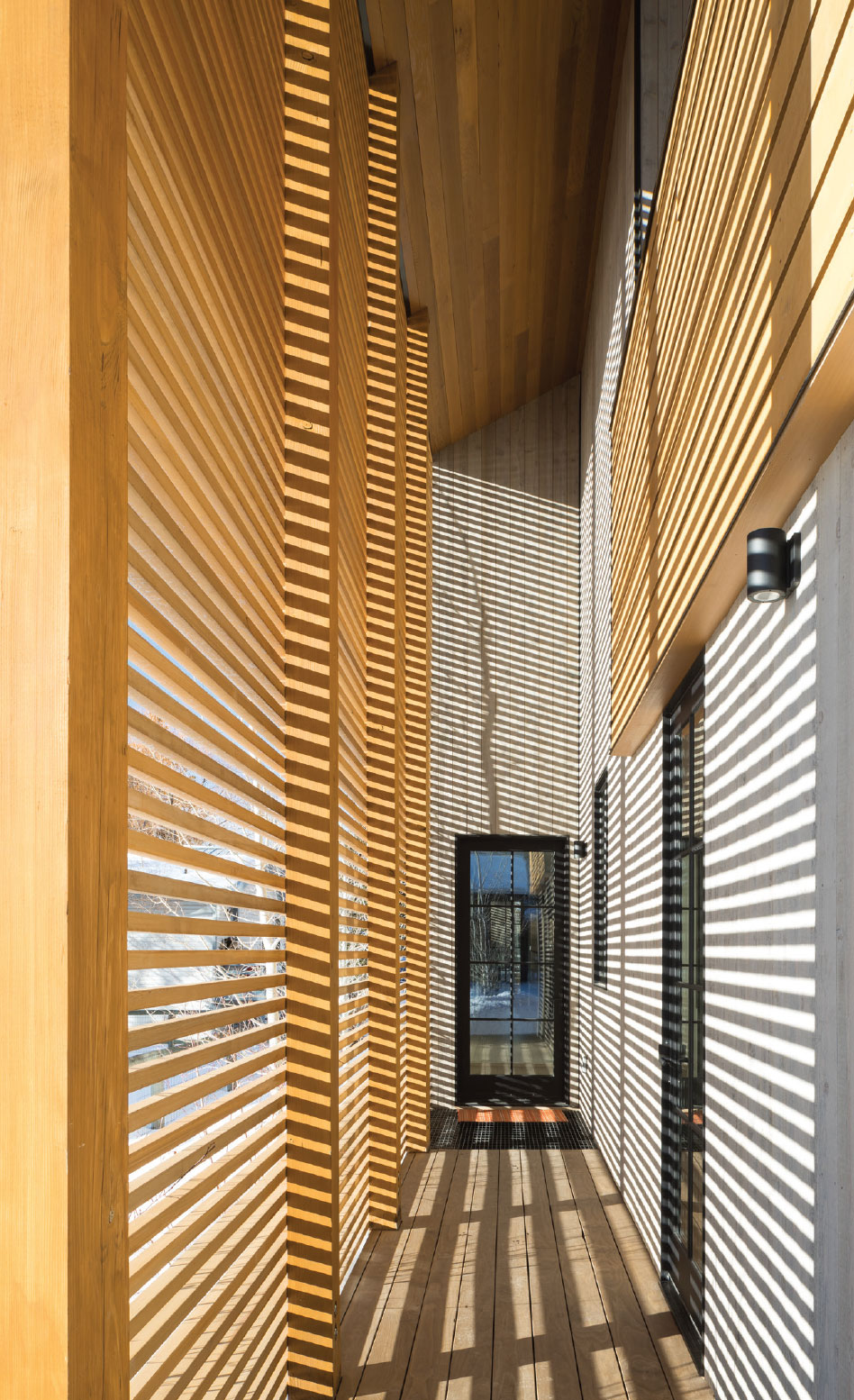 Six years ago, Robert Huggins and his partner Shawn were sitting in a hot tub in Tahoe when they said to themselves, “What are we doing? Let’s move!” Robert recalls he had not skied in about ten years and his mountain bike had cobwebs on it. Their friends thought they were nuts. They lived the quintessential San Francisco lifestyle in an Edwardian home above the Haight, and yet they both sought a better quality of life with a more authentic cultural identity and four seasons. Shawn, a Canadian, had always had a love for the mountains and open space. They talked to their employers, who helped facilitate their move to Jackson, Wyoming.

Today, Robert and Shawn live in a modern farmhouse in Jackson with their two sons, ages two and four. Robert has a new carbon fiber mountain bike that he rides at least every other day, and helps people build their dream homes as the president and CEO of New West Building Company.

New West Building Company is locally owned and based in Jackson with offices also in Alpine, Wyoming, and Driggs, Idaho. They provide general contracting on custom and speculative homes, construction management, land use analysis, and proforma analysis. They work with top-tier architects and engineers and are deeply committed to providing exemplary service to discerning clients.

Robert leads the team at New West and takes pride in the quality of work they do together. He has been in homebuilding for his entire career, and he instills that same passion for the industry in the company’s 200 employees. “I really want people to be happy,” says Robert, of both his team and his clients. “I’m fortunate to have such an incredible team and partners who are so dedicated and passionate about what they do. The foundation of New West is built upon these great people, and I’m so proud of what we’ve built together.”

The way Robert embodies happiness and his joie de vivre are best illustrated through his and Shawn’s modern farmhouse built by New West. It is their third house in Jackson. They moved in last May and it was admittedly built for their kids to grow up in. It’s sleek and fresh with soaring floor-to-ceiling glass walls. “We have safety gates right now to keep the kids safe and away from the steel and glass,” laughs Robert; however, for as much of a modern impression that the home makes, it is also warm and inviting. 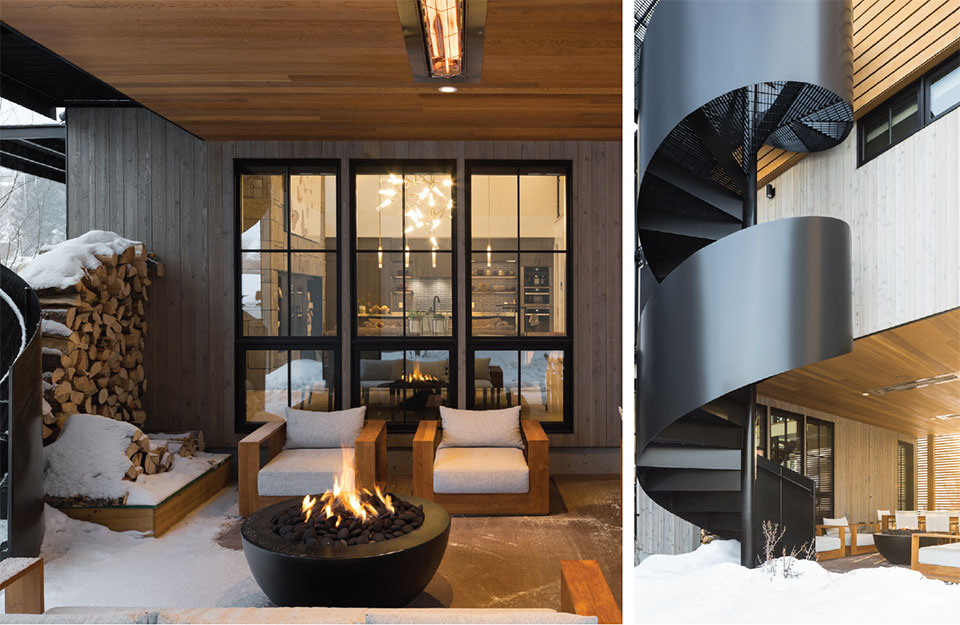 “I’m fortunate to have such an incredible team and partners who are so dedicated and passionate about what they do.” 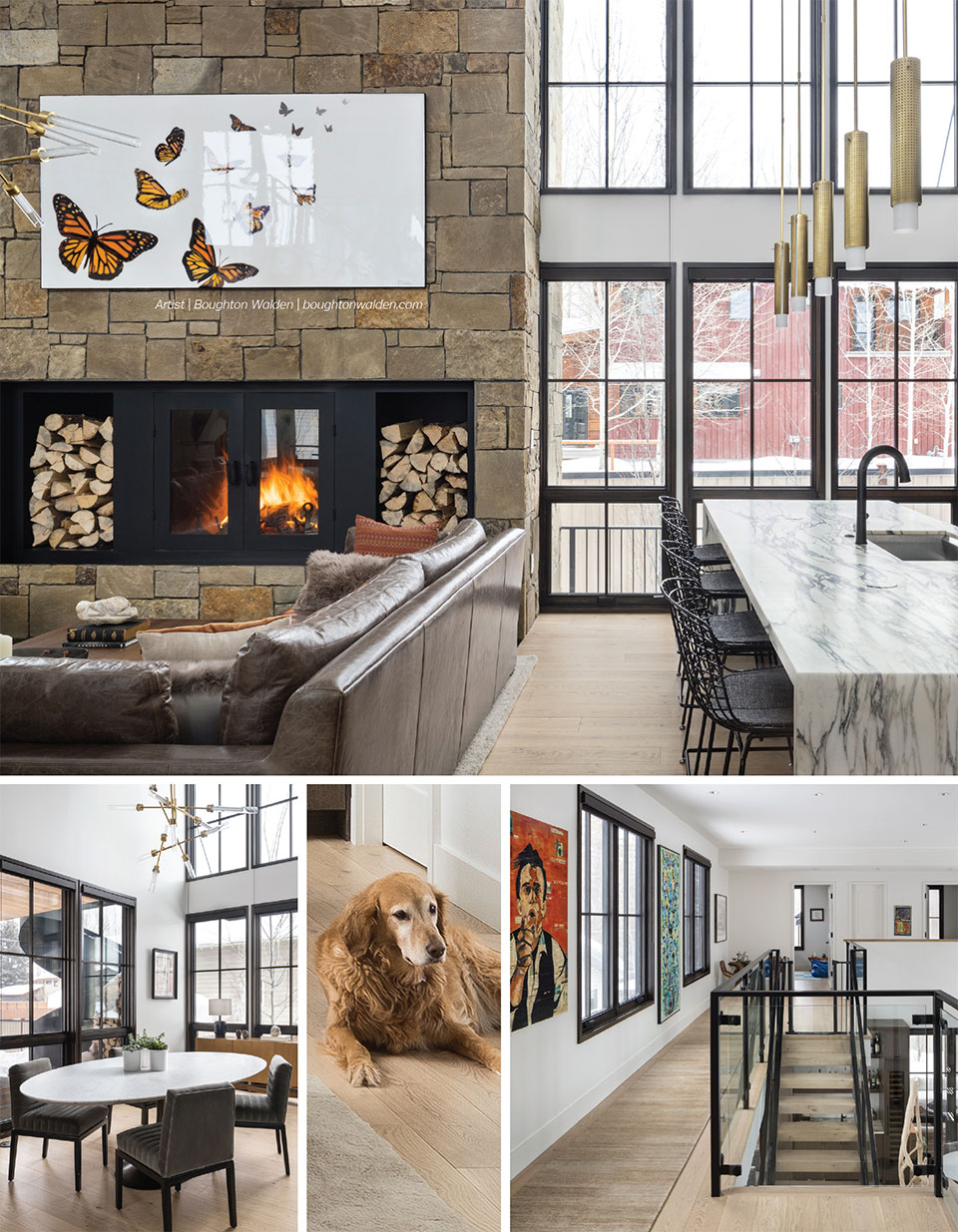 The outdoors lifestyle was what drew Robert and Shawn to Jackson. Their house supports their appreciation for the seasons and grounds them in the place they chose to make home. Modern artist Boughton Walden’s monarch butterflies hover over the 11-foot-wide floor-to-ceiling fireplace that anchors the living room. The main floor welcomes guests and is entirely living space. In addition to the kitchen, living, and dining areas, it features a wet bar and mudroom. Upstairs, three bedrooms include the children’s bedrooms and the master suite with a whiskey deck that is perfect for stargazing. There is also a rooftop deck that extends over the secondary bedrooms featuring a hot tub, a firepit, and Adirondack chairs.

Bringing the outside in was how Robert knew his family would be most comfortable. He explains, “You feel the seasons – that’s why the walls are all white. As you go from fall to winter to spring to summer, nature’s art is showcased through the windows and is an evolving gallery. We love summer here, but when it’s dumping snow in the winter, it’s the most amazing experience to be in the living room with the floor-to-ceiling windows.”

Robert admits they had to focus on window coverings to give some privacy because there’s so much glazing, but he and Shawn are entertainers at heart. The mezzanine creates a fun environment, as well as the home’s three distinct outdoor living areas that include a shaded patio, the rooftop deck, and the master suite whiskey area. “When we’re sitting out there looking up at the stars, I pinch myself,” he marvels. “I never thought I’d live in such a place. It forces me to slow down. It’s the most unbelievable experience.”

Although staying up late looking at stars has consequences with young children who are very early risers, Robert wouldn’t trade those moments for anything. Their four-year-old was in ski school this season, and the town has been an amazing place to raise their children. Robert reflects, “I’ve been a homebuilder my whole life. It’s all I’ve ever done, and I’ve learned that the homebuilding process gets emotional when you imagine yourself living in your future home.” Accordingly, the boys’ downstairs toy area was designed to evolve into a space for them to continue to play in and socialize as they get older. Robert beams, “It’s the most dreamy lifestyle one could have.”

“You feel the seasons – that’s why the walls are all white. As you go from fall to winter to spring to summer, nature’s art is showcased through the windows and is an evolving gallery. We love summer here, but when it’s dumping snow in the winter, it’s the most amazing experience to be in the living room with the floor-to-ceiling windows.” 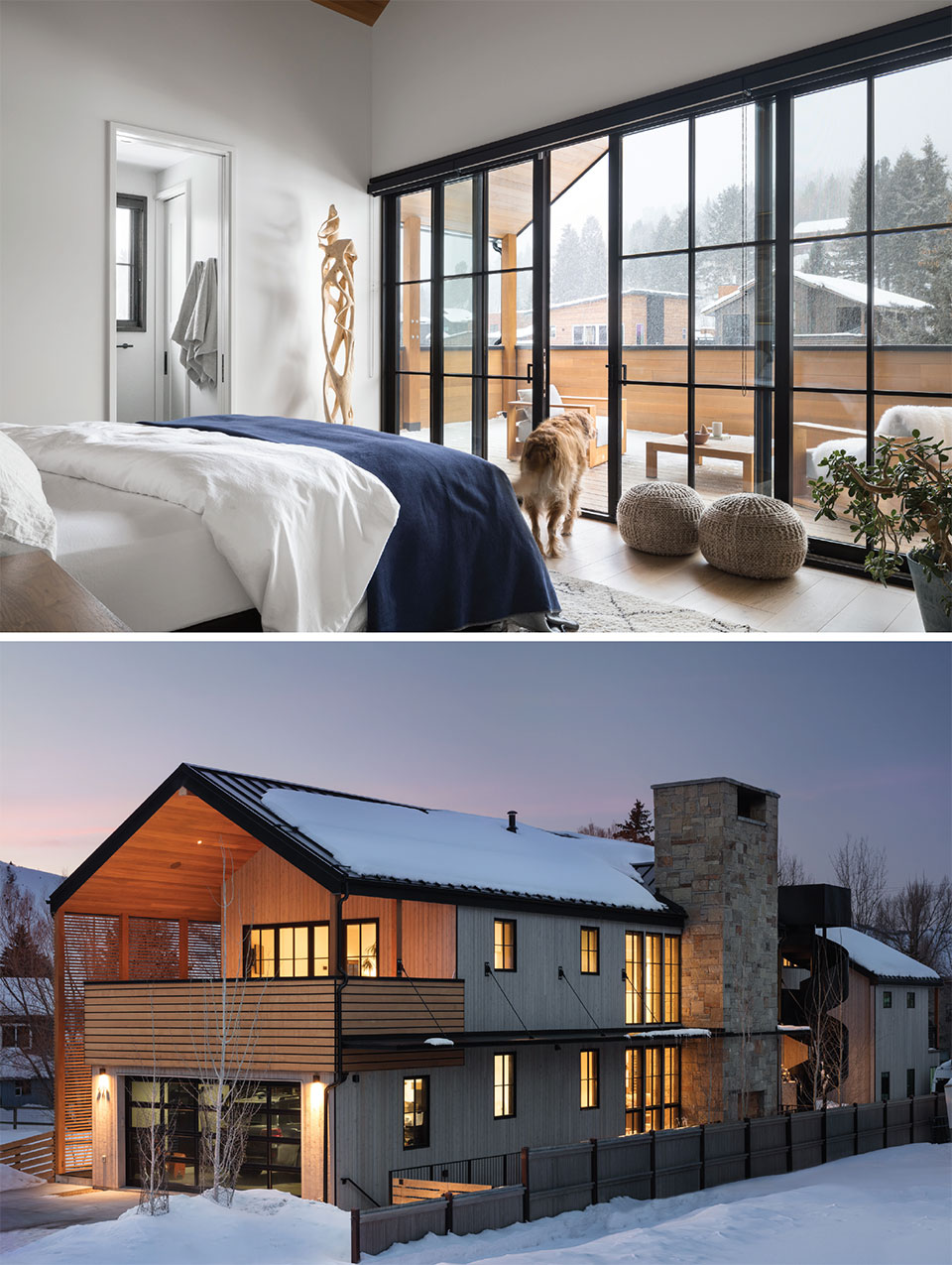 “There’s no alter-Robert. I came here leaving the corporate side of the homebuilding business because I wanted to get back to having fun building homes. It’s the most amazing job in the world and there’s so much pride and satisfaction when a house is completed.”

Robert leads his team at New West Building Company to treat each client with genuine care. “It’s important that our team develops a relationship with each client and takes pride in the product and quality, while having fun doing it,” he says. “Being in the homebuilding space for so long, I’ve learned that each client has their wants and needs, and it’s stressful and emotional.” 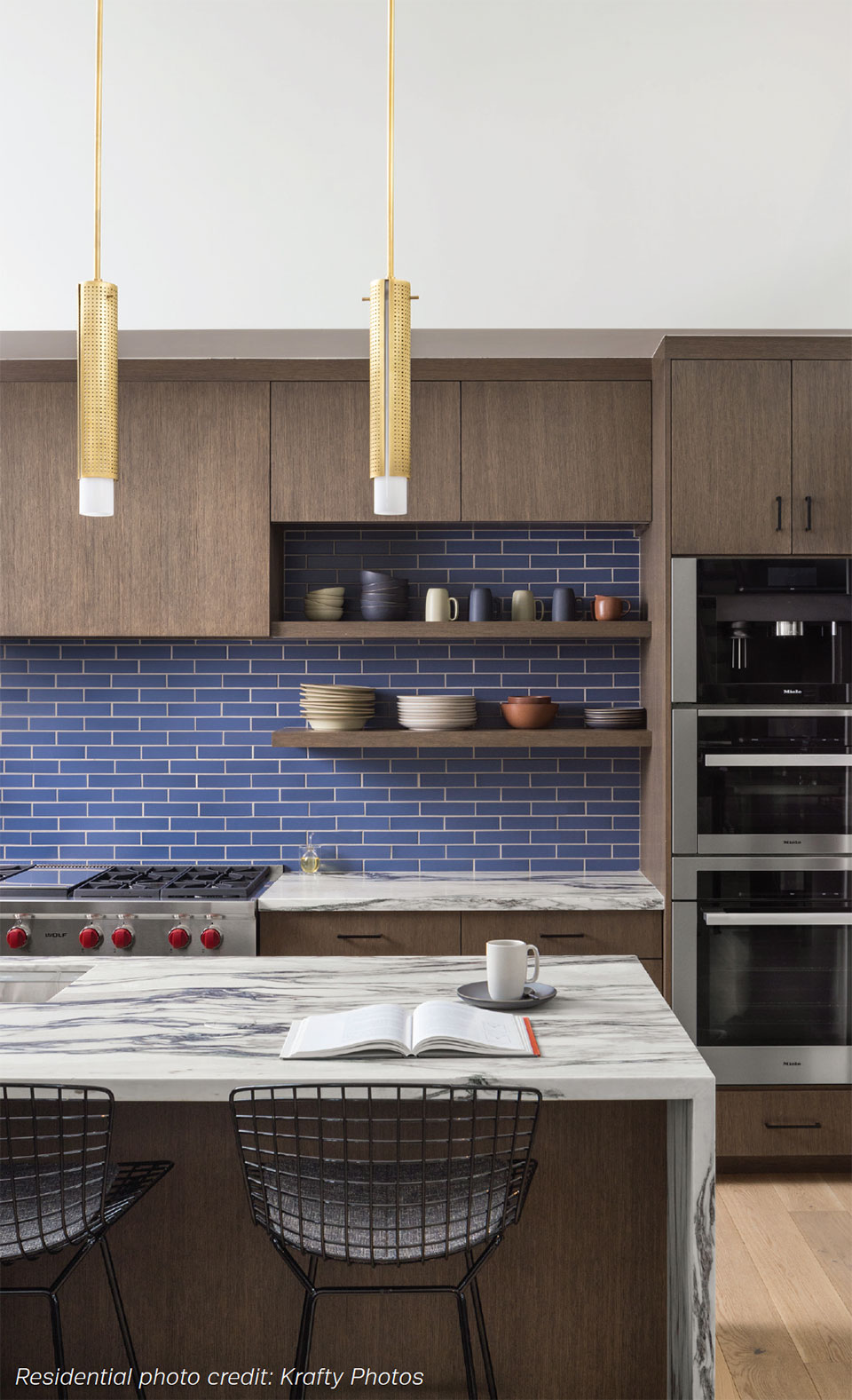 New West is intentionally transparent to help give clients a good experience, a characteristic that is radical for the building industry. Robert jokes, “There’s no alter-Robert. I came here leaving the corporate side of the homebuilding business because I wanted to get back to having fun building homes. It’s the most amazing job in the world and there’s so much pride and satisfaction when a house is completed.”

Clients can expect an introduction to the company culture in their first meeting with New West. Robert’s team will learn their clients’ communication styles so they can best work with them and takes time to understand their priorities and wish lists. The process allows builder and client to get to know one another. “I love that introductory part of it,” says Robert. “Especially the families who bring their kids into meetings. The kids are often stakeholders too, so it’s another way for us to get to know each other.”

People come to Jackson to experience a special lifestyle. Robert and Shawn’s love for Jackson is tangible, and their bliss and gratitude for where they live is manifested in their delightfully tasteful home. Jackson has helped them find fulfillment and adventure, and it is a place where their family thrives. Their New West home is a place where their family will grow and where they can enjoy the reasons they moved to Jackson – to have fun, work hard, and love and appreciate the environment and one another.