Furniture for the Montana Home 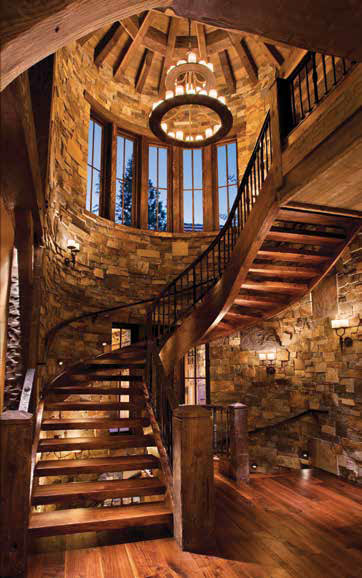 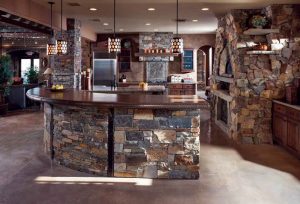 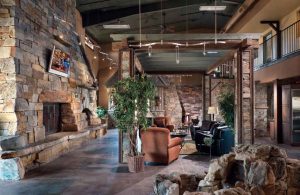 Discussing his thriving business, co-owner Bill Carter enthusiastically explains, “You know, we quarry all our stone right here in the Montana Rockies.” Carter’s passion for, and depth of knowledge of every aspect of stone is fascinating. 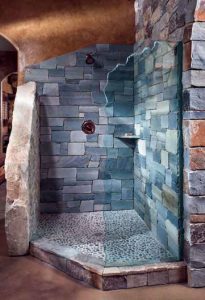 Because stone veneer is thin and light, it requires no structural engineering, allowing it’s use in nearly any application in every room, both inside and out. Veneer’s ability to accessorize the home, from accent walls to architectural detailing, is without compare. Natural stone is an extremely low-maintenance veneer—once the material is completely installed, little else is needed to maintain the stone through the years. 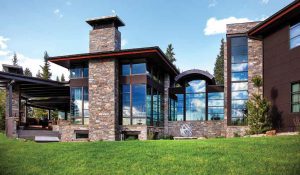 There are several green aspects, says Carter. “Because thin veneer stone weighs approximately 70 percent less than full-thickness stone, diesel fuel efficiency is sharply increased. Any truck and supporting equipment, which carries and delivers the stone, now carries several times more square footage than a truck hauling full-thickness stone.” Carter continues, “By reducing the weight and cutting the stone down, it will install easier just like artificial stone, but it’s absolutely the real deal and the footprint on the environment is less.” 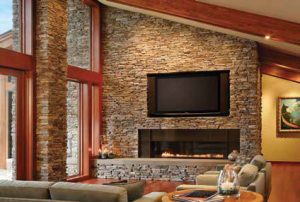 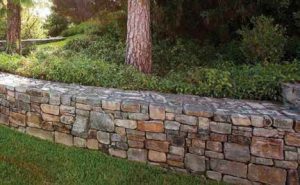 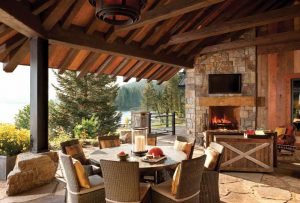 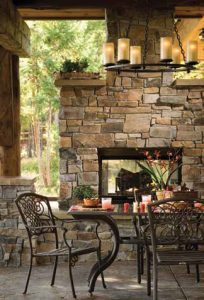