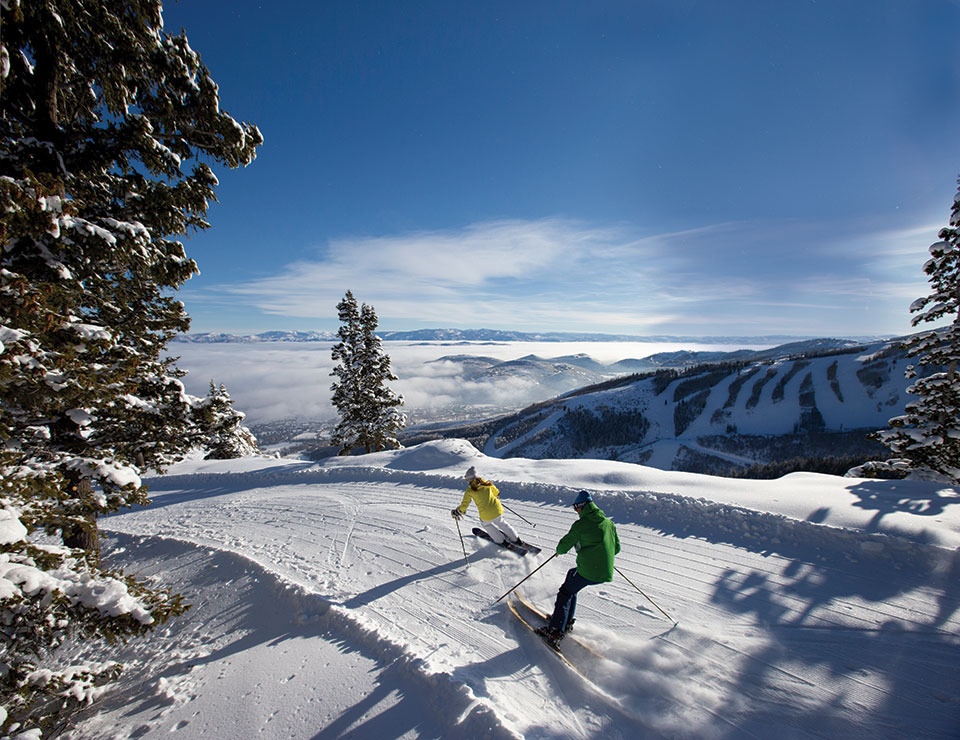 Nestled among 4,600 acres of pristine, high-alpine terrain in the White Pine Canyon in Park City, Utah, is a private, gated, ski-in/ski-out community unlike any other in the world, which just a lucky few will discover and experience.

Access, privacy, and open space are among the elements which set The Colony at White Pine Canyon apart. For those who live here, directly in the heart of the largest ski and snowboard resort in the United States, skiing, snowboarding, hiking, biking, horseback riding, and more are right at your doorstep. It’s no wonder that people say coming home to The Colony feels like a true departure.

With an average snowfall of 25 feet per year, homeowners can enjoy fresh tracks of all sorts, from those left by the wildlife to the ones Colony residents leave on the slopes. The ski day begins and ends at the front door for Colony homeowners, and the amount of time it takes to get out on the hill on a powder day depends on how long you linger over your morning latte.

The Colony community is a private one, set in the middle of Park City Mountain. The skiing here is called epic for a reason: There are more than 7,300 acres of winter magic in-bounds. By the numbers, that’s 348 trails, 41 lifts, 13 bowls, 8 terrain parks, 2 ski villages (Park City Mountain Village and Canyons Village), 1 superpipe, and 1 mini pipe.

One final number to consider: The Colony boasts more than 50% of the Canyons Village terrain within its boundaries. Even better, the Quicksilver Gondola, a super-high-speed, eight-person ski schooner that zips riders from one side of the enormous resort to the other in moments, is also inside The Colony. The Gondola is directly accessible for Colony homeowners in possession of a lift ticket, which means that the entirety of the Park City Mountain acreage is at their ski tips.

This unparalleled access means that skiers and snowboarders enjoy everything from first tracks on a powder day to perfect corduroy groomers (more than 120 trails are groomed each night!) throughout the season. Also easily accessible for owners is The Colony’s own private seasonal yurt, where lunch is served, owners and friends can warm up during the day, and après and dinner events can be enjoyed with friends.

Speaking of seasonal, let’s take a moment to talk a bit about the other seasons in Park City. Doubtless, you’re quite familiar with its legendary snow, the greatest on earth, which makes the area the best in the world for powder skiing (scientifically-proven, of course). What you may not realize is how spectacular Park City is in the summer, a secret that’s out to anyone who owns a home here. In fact, one of the more common phrases in Park City happens to be, “Come for the winter, stay for the summer.” And while it’s true that most ski resorts offer warm-weather activities, Park City Mountain has cornered the market on summer fun.

Homeowners at The Colony get direct and exclusive access to as much, or as little, entertainment as they prefer. Resort offerings include scenic lift and gondola rides, golf of all types, farmers markets and open-air concerts, alpine slides, coasters, zip lines, and more. Within The Colony, when the snow melts, a massive network of public and private hiking, biking, walking, and horseback riding trails is revealed. The trails connect to more than 400 miles of singletrack throughout the surrounding Park City area, including the acclaimed 26-mile Mid-Mountain Trail, which runs directly through The Colony.

And of course, all year round, anyone who spends time in The Colony is more likely than not to spot a bit of the wildlife roaming and grazing on the hills and among the trees. Elk, moose, deer, and fox are just a few of the animals that also call this community home.

A final word about access: The Colony is just 35 miles from Salt Lake International Airport, and 22 miles from Heber Valley Airport, which is perfect for those with a private jet. Once you arrive, you’re a mere five miles to Park City’s Historic Main Street, home to the Sundance Film Festival and world-class dining and shopping.

THE LEGACY OF THE LAND

With a steadfast commitment to the preservation of the land in White Pine Canyon and a belief that less is more, developer Walt Brett, of Iron Mountain Associates (IMA), commenced work on The Colony Master Plan in 1992.

Under this plan, each home site has a designated building envelope measuring about one-half acre in size, and the remainder of the lot is preserved as open space. Unique to The Colony is the ability for homeowners to construct a main residence, a separate guest house, and an accessory building. The considerable size of the home sites, too, distinguishes them. Current offerings average more than seven acres per lot, the largest to be found within just about any private, gated, ski-in/ski-out community.

Open space is the thread with which The Colony is woven together. IMA is so devoted to the preservation of the land that nearly 90% of the development’s 4,600 acres will remain pristine and untouched open space, as a preservation which is protected with deed restrictions.

That open space, filled with lush groves of aspen trees, rolling meadows and vibrant wildflowers, sparkling streams and waterfalls, and crisp, fresh mountain air, is the very reason why The Colony sets the standard for on-mountain living and why being here is like living in your very own national park.

At The Colony, homes integrate into the landscape, representing the foundation for families to create a legacy to enjoy the majesty and solitude of White Pine Canyon for generations to come. To preserve that integrity, IMA instituted intense planning initiatives and design guidelines to ensure that project infrastructure and residences blend into the topography while visual impacts are minimized. Whenever possible, IMA uses native materials and creates feature enhancements to help mitigate traffic and environmental impacts on neighbors and the local community.

With this level of commitment to open space (and to detail) it’s easy to see why the very first phase of The Colony, released in 1998, was immediately oversubscribed. The 30 home sites sold out in a single day. Today, the development is writing its final chapter, with progress unfolding in the fifth of five phases. Home sites range from 3 to 113 acres, and from $1.7 to $4.5 million. Commanding views, old-growth forests, unique private ski access, and a spectacular water feature make these some of the most unique properties ever offered within The Colony.

There’s no question that The Colony at White Pine Canyon feels like its own world; its access, privacy, and open spaces are incomparable. But the duality of that access also contributes to the singularity of The Colony experience. Its proximity to all that Park City has to offer provides homeowners the luxury of quickly connecting with the community and participating in whichever elements of city life they choose, with the knowledge that their private mountain retreat is just moments away. 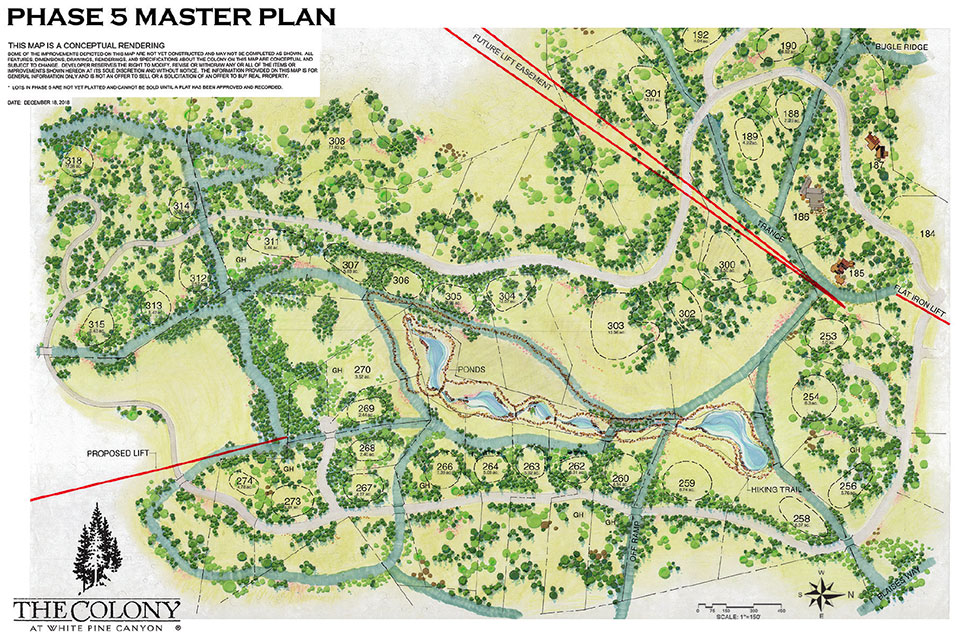