Text by Ann Zimmerman
As the world becomes increasingly connected, more choices open up, including the option of where to live. For many, the answer is Park City. So with all the possibilities, why do people choose Park City? 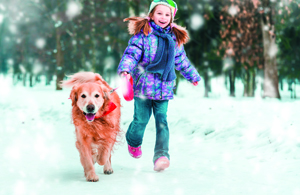 Things are looking up in Park City—way up. In September, the building indstry reached $100 million in building permits so far for 2014, doubling the level of building the year prior with months before the final tally is in. This validates reports that Park City is rebounding from the recession much more quickly than other mountain resorts and is benefiting from Salt Lake City’s rapid comeback and strong economy. It also suggests that people like it here and wish to make it home.

Park City has a history of booms. It was a hot spot in Utah until mining declined, and the decline in mining jobs brought a drop in population until 1963. Then, with a $2 million investment, the Park City ski resort opened. Since, there has been a steady growth in population in Park City and Summit County. The ski industry grew, as well, with the opening of Park West (now the Canyons) in 1968 and Deer Valley in 1980, spurring new people to move here. 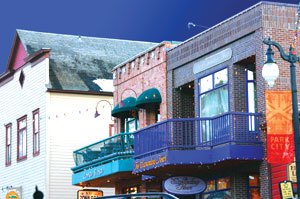 Along with skiing is a growth in other outdoor mountain recreation and cultural activities. The area now has over 150 miles of trails for hiking and biking. There is about a 50-50 split between living in Park City full-time versus part-time, but regardless of this status, residents commit to civic life and support a lively calendar of events that fund caring programs, as the community now supports over 100 non-profit groups.

Just who are these new arrivals, and why are they moving here? Jenny Samuelson is someone who elected to move to Park City from California. A former attorney, Samuelson recently initiated an interior design business and is finishing constructing her new home in White Pine Canyon. She recounts her story. “We bought a vacation home in Park City because of our love of skiing and the convenience of travel. While we were building a new home in Manhattan Beach, our family moved temporarily to our Park City ski home. My husband commuted to New York City and Atlanta Monday through Thursday, and when he returned to Park City, he would totally decompress with the slower pace of life and the outdoor recreation,” she notes referencing the miles of trails for mountain biking along with the winter recreation of alpine and Nordic skiing. Mentioning the parks, safety, and friendly families, she continues, “I loved the lifestyle with children, so we chose to live here full-time and have never regretted it.” 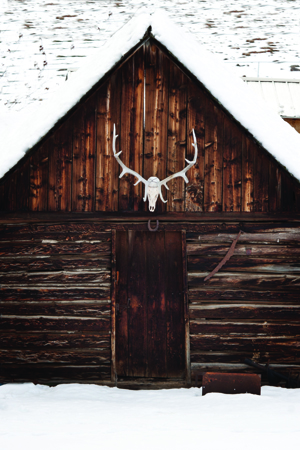 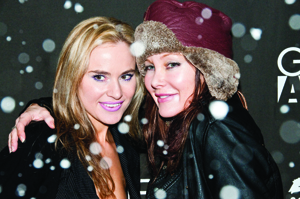 The proximity to nature mixed with a small-town feel plus the easy drive to Salt Lake City played into her decision. “I realize it is a unique and important experience for my girls to see deer and moose, and they are learning the names of the birds they recognize. Also, one can’t underestimate the importance of Park City’s proximity to Salt Lake City and the ease of air travel. We travel frequently, and family and friends find it easy to travel here to see us. Many return year after year. With the Olympics came good infrastructure and more activities and opportunities. While still a small town, there is access to everything. Our kids especially enjoy programs at the Egyptian Theater and the Kimball Art Center.”

“It’s a happy place. People have made very deliberate decisions to choose this healthy active lifestyle and have made sacrifices and worked hard to be here,” Samuelson concludes.

Developer Paul Jennings is another Californian who experienced Park City and concluded that this is the place. Jennings is outspoken about the reasons he finds Park City to be the premiere spot for a resort lifestyle. “I’m certainly not alone in my confidence in investing in the future of Park City. Vail, a world class company, put its vote in for Park City.”

Jennings continues, “Park City is still an immense value compared to other ski resorts or urban areas. It’s an incredible community on its own, and the large full-time resident community stabilizes it and provides depth to the civic life. Plus, residents have the benefit of Salt Lake City’s sports and cultural offerings, and of course, a large, safe international airport.”

“I feel it’s important to live near medical care, and Park City has an exceptional hospital and care providers. Also, Park City has shopping for the real things people need, not just tourist stores. For me it is also important that Park City has a healthy focus on families; it’s part of the area’s identity.”

“I find it interesting that not many people talk about the aesthetics of the area,” notes Jennings. “It’s so beautiful here, and the open expanses, reaching views, and powerful mountains are a different kind of beauty than ski resorts situated in canyons. A thoughtful planning process has balanced development and aesthetics to further enhance the area. The city officials in the 80s and 90s  provided a great foundation. I find the State of Utah to be a well-run government, as well,” Jennings reflects.

Jennings also notes that preserving the origins of Park City plays an important role. “Park City has a significant history—it’s a real place that grew from the roots of mining instead of one contrived as a new town. Its history is respected and has been preserved. It is authentic.”

Steve Chin has an interesting perspective on Park City. He and his wife Val moved from Los Angeles, and he left an accelerated career track in accounting in order to live in Park City in the early 1970s. “Why? Val and I left the noise of Los Angeles, and I am considering noise in the broader sense of traffic noise, city noise, lights, crowds, and advertising. Wherever you go in a big city to shop, eat, attend a theater, or even drive home after a long day, activity surrounds you. That’s not the case in Park City. I love the pace of the city and the quiet evenings with starry skies not overwhelmed by artificial lights. It is a place to get away,” says Chin.

One of the surprises for Steve and Val when raising their two sons was the quality of Park City schools. “This was a nice surprise for Val and me. We arrived in 1975, thinking we would stay until we had children, and then we would move back to California because of the difference between schools there versus Park City, Utah. Obviously, we didn’t. We stayed and found out that in a small community like Park City, one could have a major voice in what goes on in the town. Val with a few other mothers started a preschool, and Val became a member of the school board and eventually the president. After Val’s stint on the school board, she was instrumental in starting the Winter Sports School, a charter school for dedicated winter athletes. It has helped produce numerous Olympic medalists. Our journey included becoming a part of education in Park City,” 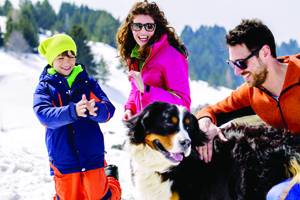 Chin continues, “Some might not expect this, but Park City is a phenomenal melting pot for people from all over the United States with diverse backgrounds. However, they share a common interest—our healthy outdoor lifestyle. It continues to be a common thread. This healthy environment extends to raising children and all the activities available to them and how family time is spent together. It’s a great place to raise kids.”

Thriving Place for the Arts

The Chins have a reputation in town for their active support of local arts and entertainment. Steve comments when asked about the arts, “There wasn’t much when we arrived, but now there is an impressive representation of all the arts in our small community. We have festivals, music performances, a museum, an art center, arts-in-education within our schools, the film festival, and performing arts of all kinds—all in little Park City. Since it is a small town, it allows many of us to actively participate, support, and attend the performances. What a wonderful opportunity to be part of things versus getting lost in a big city!”

There are many, many answers as to why Park City, but the prevailing theme seems to be the happy, healthy outdoor lifestyle. It is a place that attracts people, and as new people arrive, they in turn continue to make it a better place.