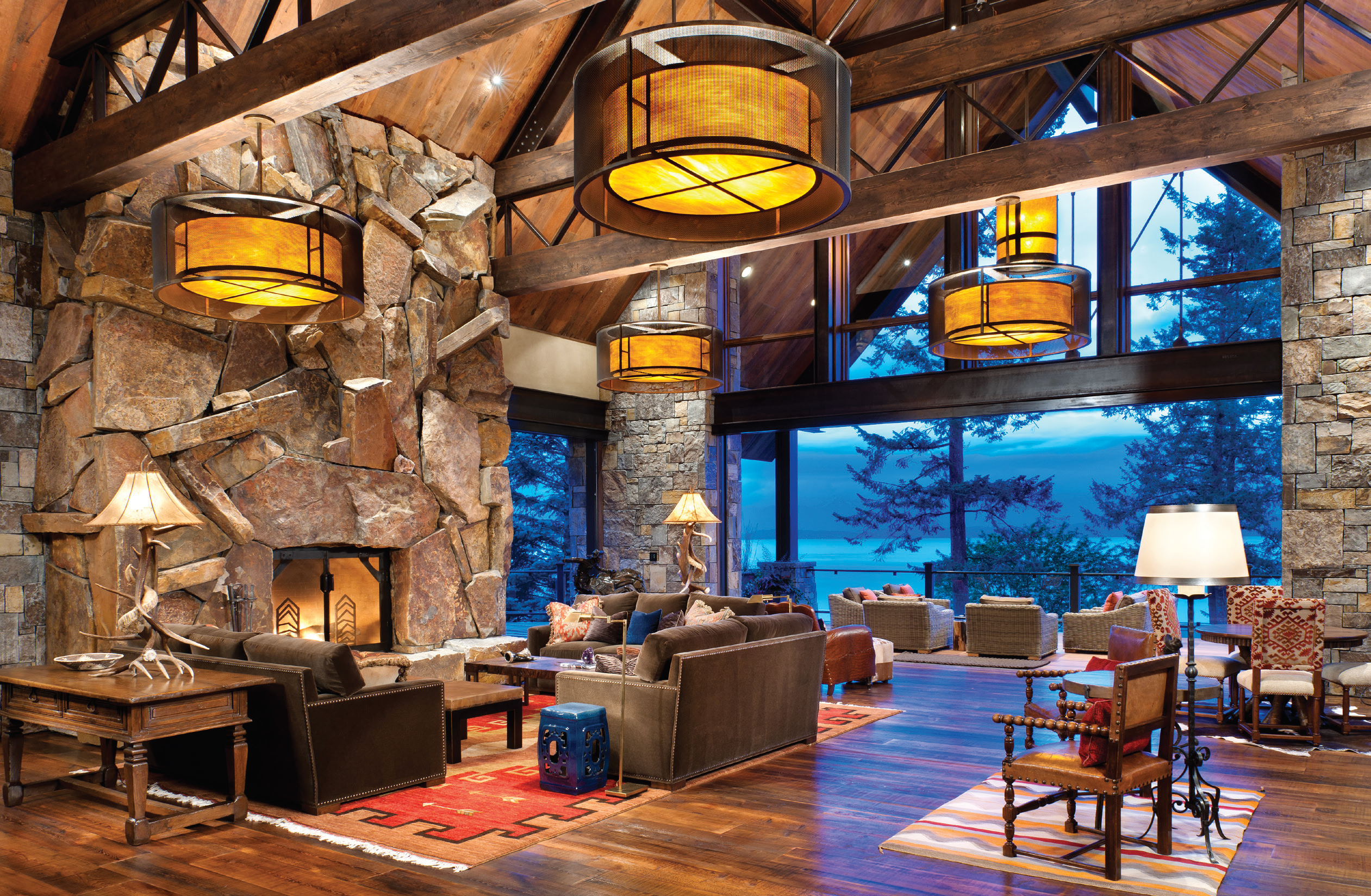 Earth is made of rock, from the tallest mountains to the floor of the deepest ocean, with thousands of different types gracing the planet. Most rocks at Earth’s surface are formed from only eight elements—oxygen, silicon, aluminum, iron, magnesium, calcium, potassium, and sodium. But what is unique is that all of these elements combine in a number of ways to create rocks that are all very different. From talcum powder to silver jewelry to the stone we build our homes with, it all comes from inside this great big rock we live on.

Rockworks specializes in architectural and landscape stone, and is the largest supplier in the region, offering their clients the oldest and most beautiful stone in the industry—stone that is only found in Rockworks’ quarries. They help homeowners, architects, and contractors bring the majestic beauty of the Rocky Mountains into their homes, designs, and building projects.
After a few minutes chatting about their thriving business, Bill turns into a rock hound, explaining enthusiastically, “You know, we quarry all our stone right here in the Montana Rockies.” I was almost expecting to hear, “Hi, my name is Bill, and I’m a rockaholic.” But very quickly, Carter had me fascinated, staring at amazing shapes, color, and textures of, yes, rock.

“Our Chief Cliff Series produces beautiful varieties from square to rectangle shapes of natural stone that have parallel tops and bottoms,” said Carter. “This gives you the ability to stack, and at the same time gives you structural integrity. Today, the market trend is a very linear, stacked look and the beautiful thing is that’s how our rock comes out of the ground.”

Perched high in the forests of northwest Montana, the McGregor Lake quarry overlooks its namesake, and produces a prized variety of their very popular Chief Cliff argillite. “The versatile stone from this quarry is mined from a cliff and is visually stunning. It’s light grey in color with strong gold, bronze, and tan tones,” explains Carter. “What’s very prevalent is the dendrite pattern,” he continues. “A dendrite is a crystal growth that formed a molecular pattern when the water was very rich in manganese and iron, and as it dried out in the natural fracture of the rock, it formed a multi-branching “tree-like” shape. This pattern creates a snowflake formation and frost patterns on a windowfern pattern, creating the striking look of a natural, individual piece of art.”

THIS PAGE, TOP Stunning lakeside setting in Chief Cliff squares and rectangles. THIS PAGE, BOTTOM Castle Rock Ledge double-sided outdoor fireplace.
Because the stone is quarried from a talus formation, a dark patina is prevalent. Stone from Moose Mountain marries the colors from the nearby Castle Rock and McGregor Lake quarries, which makes it an excellent choice to blend with their most popular Chief Cliff Series stones.

With bird’s-eye views of two different valleys, Castle Rock is a high alpine quarry perched atop a ridgeline. The core of the stone is dark grey, its surface coloring ranging from light tan to a dark chocolate brown that displays the ruggedness of northwest Montana. Carter adds, “The Castle Rock is hand- and machine-picked from talus slopes and the dark patina is from centuries of exposure to the elements.”