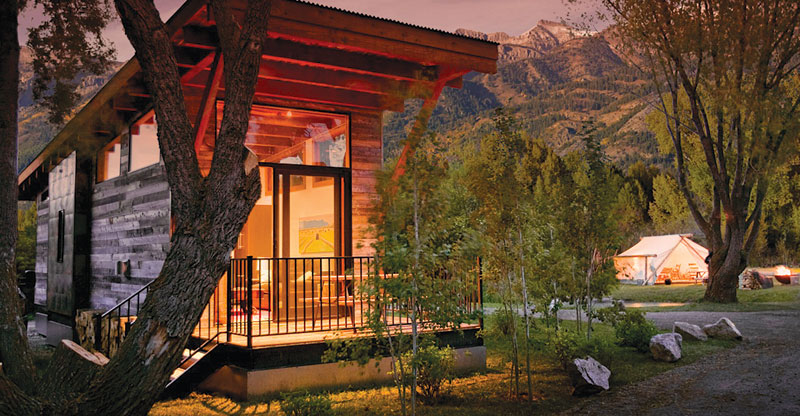 We can live large without living with a lot of stuff. At least that’s what Jamie Mackay, founder of Wheelhaus, Inc, thinks.

Here’s the thing—he’s not alone. There’s a real “live small but don’t sacrifice luxury” movement afoot and Mackay and his high-end mobile Wheelhaus cabins are at the front of the pack. For good reason too. 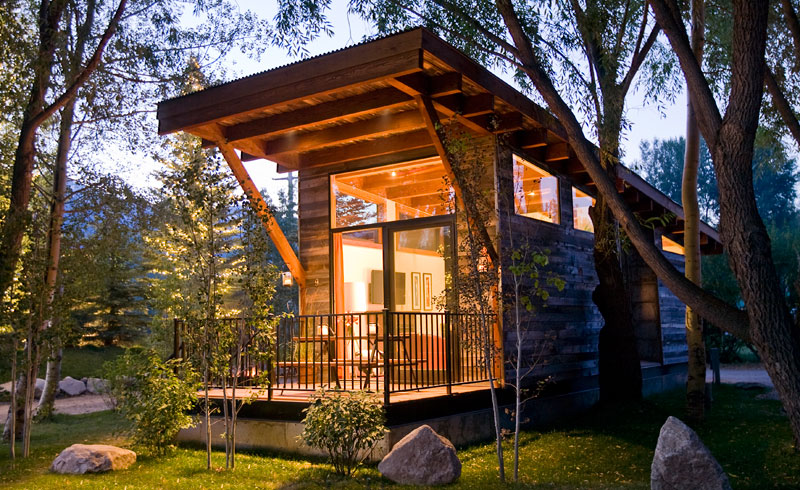 He credits a friend of his Worth Coleman with planting the kernel of Wheelhaus when he sent Mackay a photo of a wood- sided RV in 2008. With that, Mackay developed a plan for his campground—a high-end RV resort. But first, he needed to find the right park-model RV. After touring many RV factories in the Midwest, Mackay realized that nothing on the current RV market matched what he’d imagined. Quality construction was a part of his D.N.A. and he wasn’t going to settle for less than the best. “The pre-fab going into your traditional RV is really poor construction. They are mass-produced and the craftsmanship and the finish work are not high quality. I wanted to do pre-fab mobile cabins that matched the quality I’d grown up seeing in the homes my dad had built.”

So he took matter into his own hands—literally—and he started building the first Wheelhaus, a model he called the Caboose, and he built it onsite at his soon-to-be Fireside Resort. “We probably tore down the interior walls on that Caboose three or four times to get 3 inches here or 5 inches there. We’re working with limited square footage so we were meticulous and creative.” What, you might ask, is the square footage we’re talking about? Well, the Caboose model is 400-square-feet of indoor living space. There are some storage add-ons you can opt for so that all your outdoor gear and your toys have happy homes, but most of the Wheelhaus models range from 350 to 400 square feet.
There is one deluxe model, the Hitch-Haus, aptly named because it stitches together 3 smaller models for around 1,500 square feet of luxury living.

And that’s the key. Wheelhaus models are, according to Mackay, “The BMW of the Modular world.” And he is not kidding. In all construction decisions, Mackay and his team refuse to settle for less than the best. After that first Caboose, there was a model called The Wedge. And then his Fireside Resort in Jackson Hole started getting busy. He built his own pre-fab field of dreams and people came. 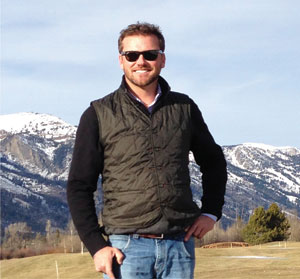 Mackay says, “The name was inspired by Wyoming’s history with the railroad and the red barn wood that we use on the exterior.”

400 Sq Ft interior + 100 Sq Ft Exterior
The Caboose has a complex roofline that enables a loft. The loft is five feet tall and can accommodate two twin-sized beds or a king. Some buyers have chosen to make the loft their bedroom and convert the downstairs bedroom into an office, dining space or spare room. The front of the unit is almost entirely glass. A large sliding glass door opens to a private deck.

Each cabin features one bedroom, a bathroom, a kitchen/living room and a private deck. The ceilings and exterior sides are covered with barn wood.

The bedrooms are sized to fit a king size bed with two side tables and linen lamp style sconces. A set of four drawers and an under-counter hanging closet support a butcher-block counter top, which also serves as a desk. A 42-inch Internet accessible HD flat screen television is mounted above the desk. Track lighting is available for properly lighting artwork. The kitchen/living room was designed to offer both comfort and functionality. The mini-kitchen is L-shaped and features a two- burner cook top, an under-counter refrigerator, a microwave, a dishwasher, a sink, Caesarstone and/or granite counter tops and high-grade cabinetry with soft-close doors. A mini gas- burning or electric fireplace, or air conditioner, is available upon request. Each cabin comes wired for cable and Internet. Wheelhaus bathrooms maximize space and function. Top-of- the-line glass showers and Kohler fixtures combine to produce very well appointed facilities.

This remarkable new design is totally new to the RV world— capable of being completely off the grid. There are no power or utility hook-ups because it’s completely self-sufficient with solar, rain collection, and an optional incinerating toilet or regular toilet with a holding tank. Mackay says, “This model, that rolls out in 2015, is really exciting. It’s a very modern design with lots of fold-out doors and the space configuration is flexible— ranging from 320 to 660 square feet. It’s really attractive but very durable.” Mobility is a priority with this model. Imagine this: set up on the beach and surf-Haus or your base camp for any camping getaway. Pack up and you’ll be on your merry way. It’s still high-end living but with very little hassle or maintenance.

But that was not the end of Mackay’s ingenuity—it was only the beginning. Mackay’s guests started asking if they could get a mobile unit like the cabins at Fireside. Ever the enterprising businessman, Jamie responded, “Of course you can.” Orders were placed. Hands were shaken and then Wheelhaus Inc. proper was born. In all, he and his friend and co-worker Rick Gava have designed seven models with an eighth on the way—the Caboose, Wedge, Railcar, Hitch House, Rail Car, The Mod Haus, Silo, and the coming-soon, the totally-off- the-grid Flex-Haus.

The Wheelhaus aesthetic vernacular is decidedly contemporary, with tips-of- the-hat to Mackay’s rustic roots (and the names are fun too). The Caboose has barn wood siding and metal sheeting for one of the more Western Contemporary looks. Contrast that with the Mod Haus or the Silo, models which are more solidly contemporary. When you look at the quality of the craftsmanship, the design, and the finishes, it’s easy to get carried away and orget that most of these rolling cabins are 12 feet wide by 34 feet long (not including decks). About the size Mackay says, “Sure, it’s an adjustment to live small—but over and over I hear that once you downsize, you realize how little space you really need and how much stuff we carry around in our lives that is just that–stuff.” And how big is Mackay’s abode? “750 square feet. The first ‘stuff ’ I purged were my excess toys and clothing. Living in Jackson, I had so many old bikes and pairs of skis that I never used and just sat in my garage. Those had to go. And I just simplified my wardrobe.” How did he make his choices? “I decided that anything I hadn’t worn or used in six months had to go. Really, think about your kitchen. What do you need besides a good wrought iron pan, a Dutch oven, and something to cook noodles in?”

OK. So you may not be jonesing for Mackay to cook you dinner with that bit of information, but after you tour his Wheelhaus models (or stay at Fireside Resort in Jackson), you will be ready to sign up for the next rolling cabin to come off his factory floor. Admittedly, for all you people out there who couldn’t live without your chef’s kitchen, Wheelhaus living may not be for you. But, maybe you need a guesthouse, a man-haus, or a place for your mother-in- law to stay (out of your haus). Mackay has had clients of all sorts—“Our first client actually bought four after staying with us at Fireside and uses them as vacation homes. Some of our clients are young couples starting out, working remotely, and living an adventurous life. Others are retired and want less maintenance.”