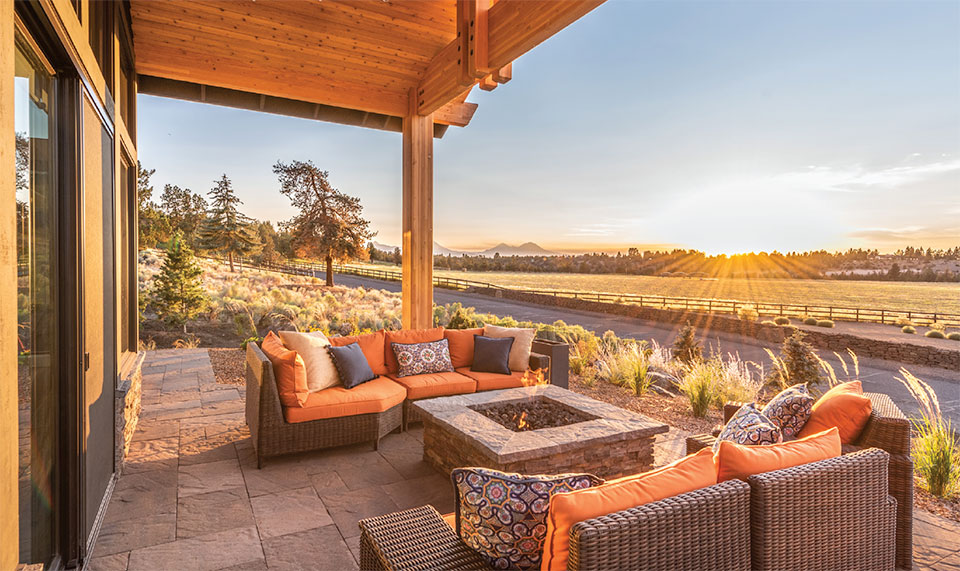 Whatever The Style All Are Welcome 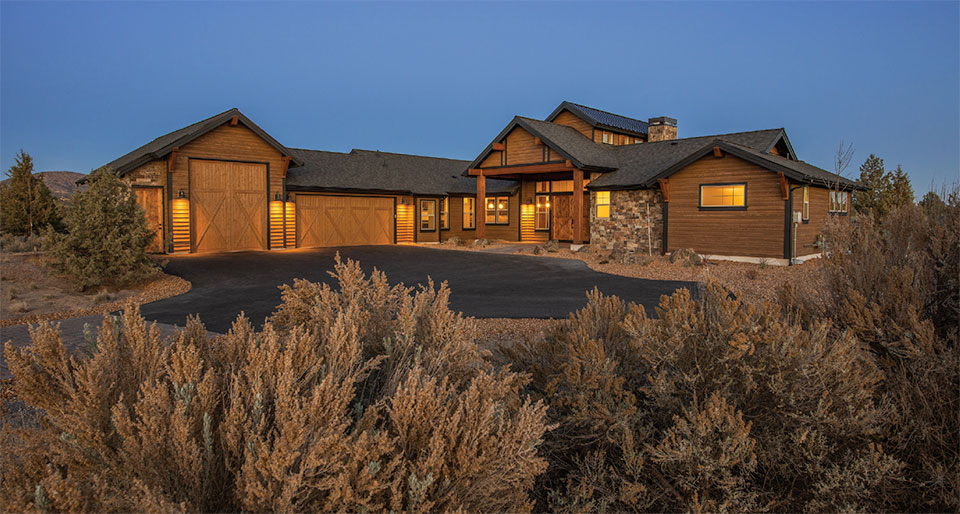 Variety is the spice of life. We’ve heard it a million times. And no one needs to convince Darrin Hollyman of that simple truth. But of course, simply acknowledging the fact and being able to execute it is easier said than done. Designing homes in a variety of styles and making each one work, takes not only experience but the talent and understanding of where those styles came from and where you can take them to make it a real functioning home. Fortunately for anyone looking to build a custom home in Central Oregon, Darrin has the aforementioned qualities to pull it off.

Darrin Hollyman’s interest in home design began at an early age and has never wavered. After earning a degree in Architectural Design, Darrin returned to Oregon and landed at a design/build firm in Bend. He ventured out on his own in 2017. By all accounts, it has gone quite well. So well in fact, Hollyman was awarded Home Designer of the Year by the Central Oregon Builders Association just a year later.

To earn that distinction generally requires mastery of a specific element or style, but in Hollyman’s case it has also been about the ability to work in a variety of architectural styles that brings him more and more clients. Initially his work consisted of Craftsman-style home designs, and while the range in the current Hollyman portfolio runs a much wider breadth, they all retain some distinctive Hollyman traits. 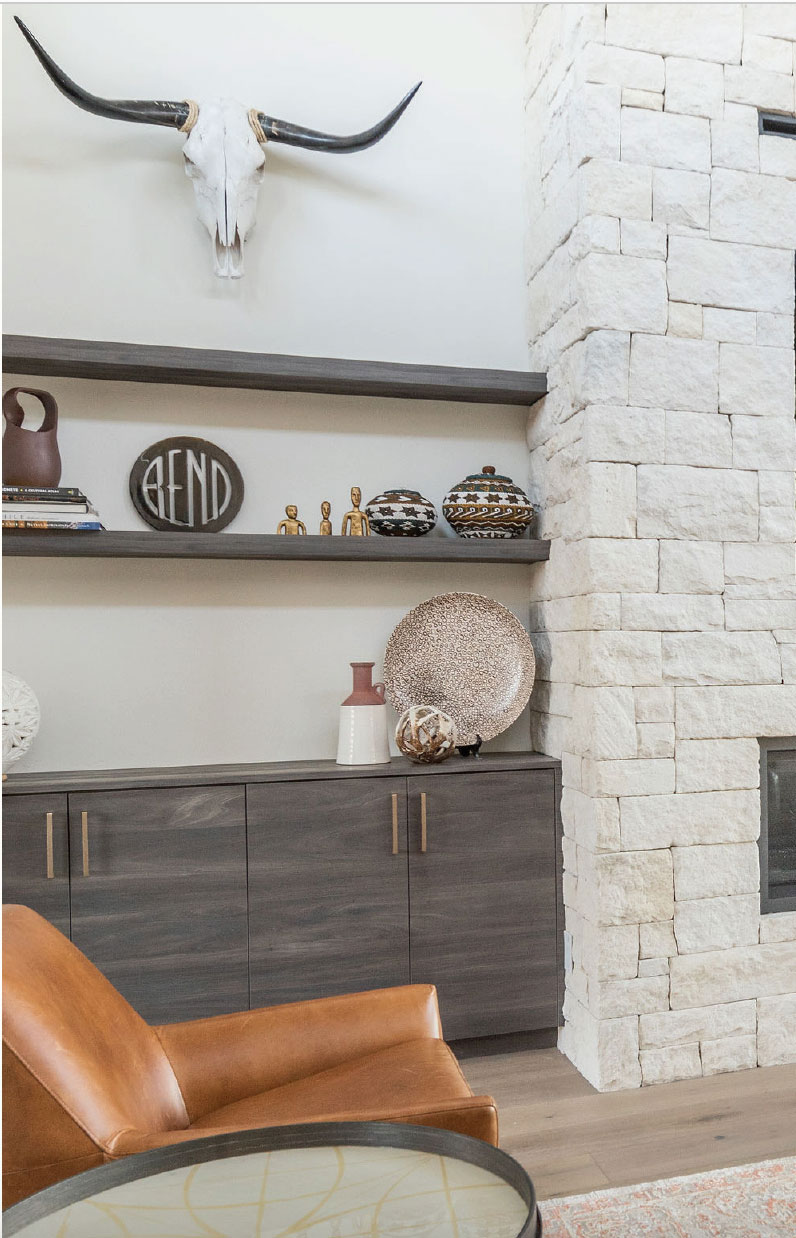 “With me, it’s pretty simple. You have to be able to use that outdoor space.”
–Darrin Hollyman, Hollyman Design

Take for example the project Darrin is currently involved with at Ranch at the Canyons Terrebonne. As dictated by the development design parameters, the home is Tuscan – equally at home alongside the Strada Biancha as it is in the high desert of the American West. While its classic European exterior may seem a departure from those craftsman styles of Darrin’s earlier career, it does not dictate the space inside. Aligning with the core value of flow Darrin brings into every home and incorporating that within the Tuscan feel is a challenge but not insurmountable. Darrin will tell you that flow and livability are inherent to all well-designed homes and much of the difference in styles are merely a skin. But that would discount his attention to understanding the nuances of design aesthetics in these various forms of architecture.

“Smith Rock and the area around the ranch is predominately brown rock. It plays wonderfully with the Tuscan style,” Darrin comments. That is reason enough for Hollyman to embrace the project. Another core tenant of his designs is a focus on feeling like a part of the landscape instead of staking some territorial claim and demanding to be noticed.

“It has to work for the way people are living and ninety percent of the time that means entertaining. We pay attention to the flow throughout the home. A great way to do that is by using different ceiling heights to differentiate the rooms.”
–Darrin Hollyman, Hollyman Design

It’s something that leads to Hollyman’s versatility and even enthusiasm for working in a myriad of different styles. The landscape and environment present themselves. Clients deliver their list of wants and it all becomes a giant puzzle. There’s nothing Darrin enjoys more than putting that puzzle together. 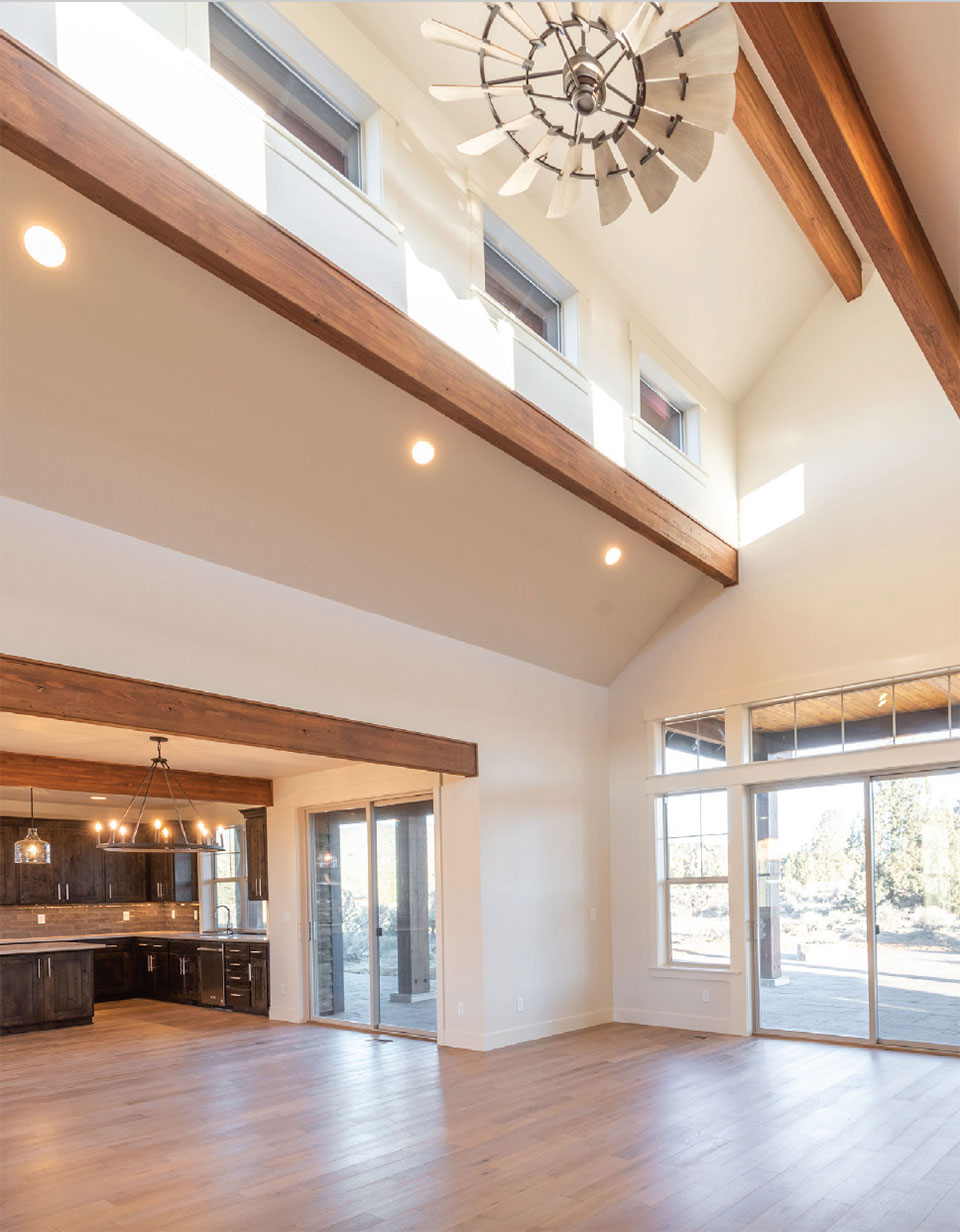 There’s more than just complimenting or blending into the landscape, however. Hollyman wants the house itself to have a sense of history, not only grounding it to a place but giving it a sense the home itself has lived a rich life reflecting the experiences of its inhabitants.

Comparing the Tuscan and some of his recent Ranch style projects he notes how they’re both styles that incorporate this organic expansion. “You want it to look like it was originally a small house and as different generations inherited it over time, they added on and on until after a hundred years or so it has the additions you see today,” Hollyman tells us. It’s how a new home gains a sense of having stories from its origin. 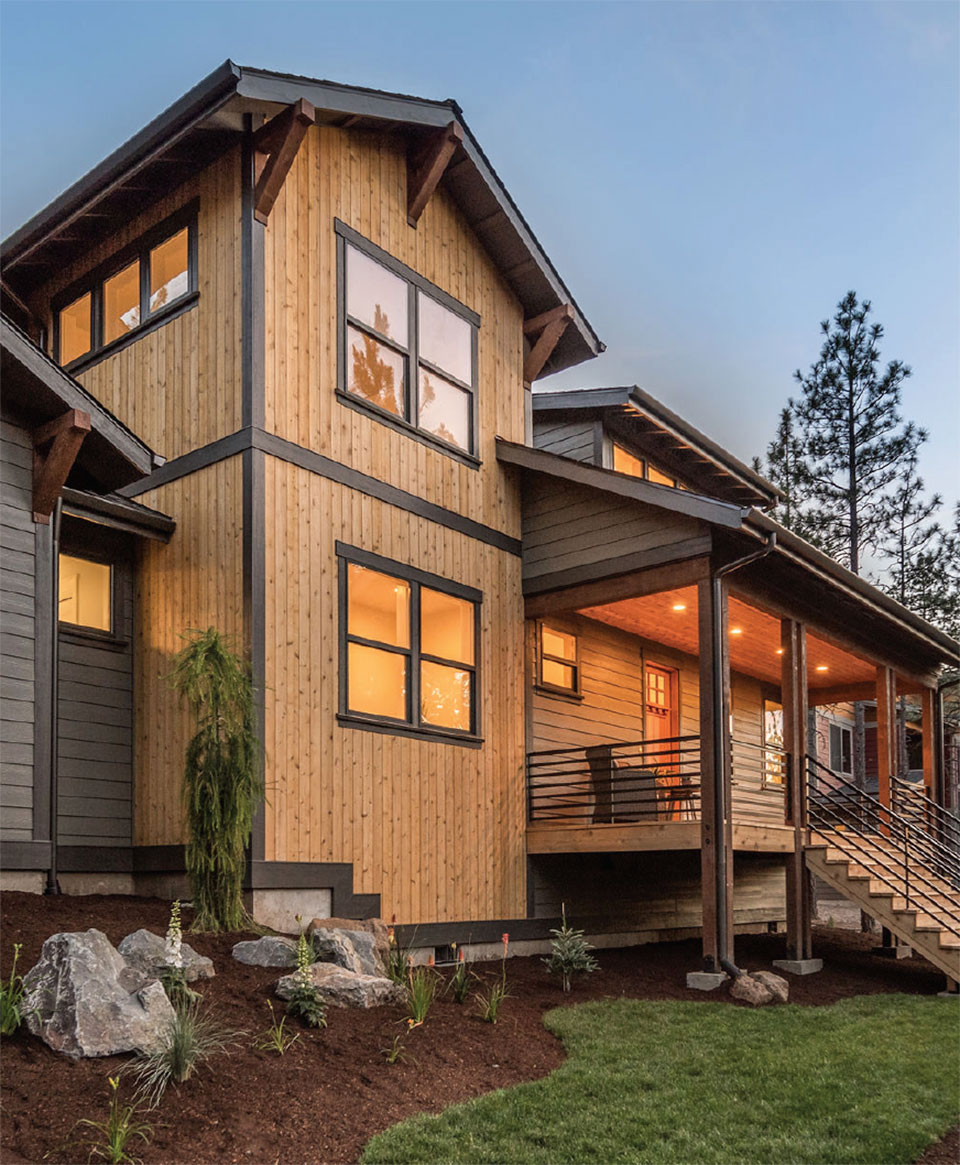 No matter the style, no matter the modern influence, you will always find these core concepts in any Hollyman designed home – a devotion to the flow of the living space and a thoughtful and comprehensive connection to the outdoor spaces.

“It has to work for the way people are living and ninety-percent of the time that means entertaining. We pay attention to the flow throughout the home. A great way to do that is by using different ceiling heights to differentiate the rooms,” Darrin says. But there’s so much more. It’s about an understanding of how people go about their days. In Bend that means being connected to the outdoors. “With me, it’s pretty simple. You have to be able to use that outdoor space. If you’re inside looking out, and if you can’t get there, then there’s a problem,” explains Darrin. “Because here in Central Oregon, we’re outside ninety percent of the time. I mean, at some point, we’re all outside. It’s always nice.”

It’s always nice outside. Variety may be the spice of life, but it’s good to know there are some things you can always count on. 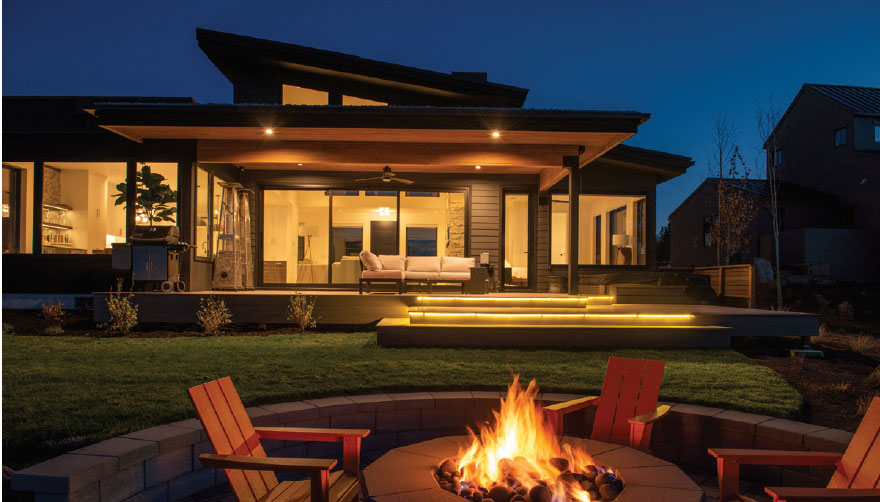