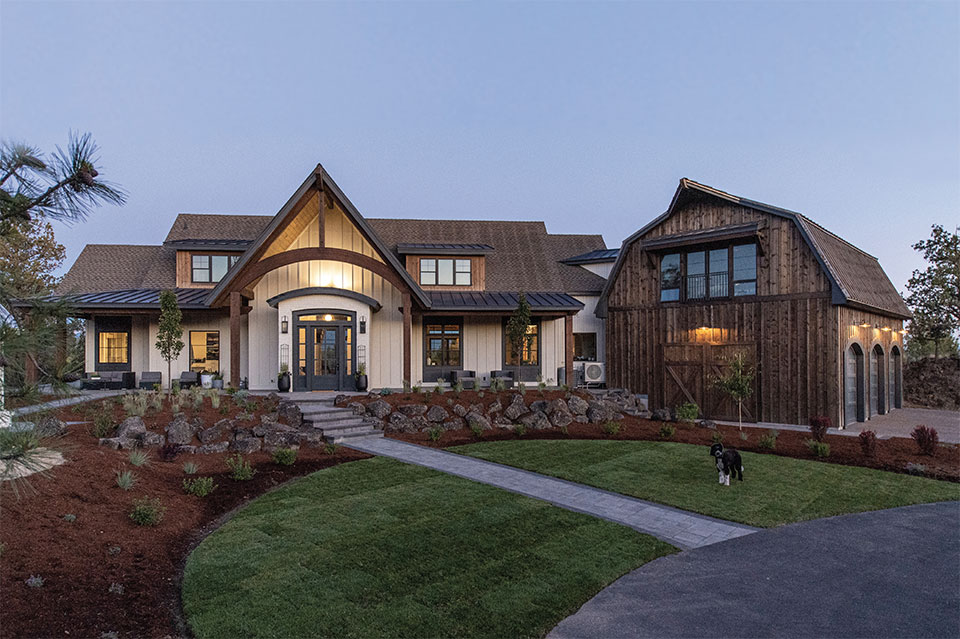 “There was no goal in mind to check all these boxes for awards, it was just a lot of thought and planning on how to make it simply a nice home.”
–Rob Kelleher, Owner, Kellcon

In July, the Central Oregon Builders Association, COBA, released their Tour of Homes ‘21 Award Winners, with Kellcon Homes sweeping eight of nine categories in the $2.59M – $2.7M top value range. Rob Kelleher, owner of Kellcon, was overwhelmingly humbled and surprised, as it was the company’s first complete residential build, and the first ground-up for Kelleher as lead designer. COBA is an Independent Builder Association that supports the Oregon Home Builders Association and has a long history of being one of the most respected trade groups in the state. This year marked its 34th annual Tour of Homes. 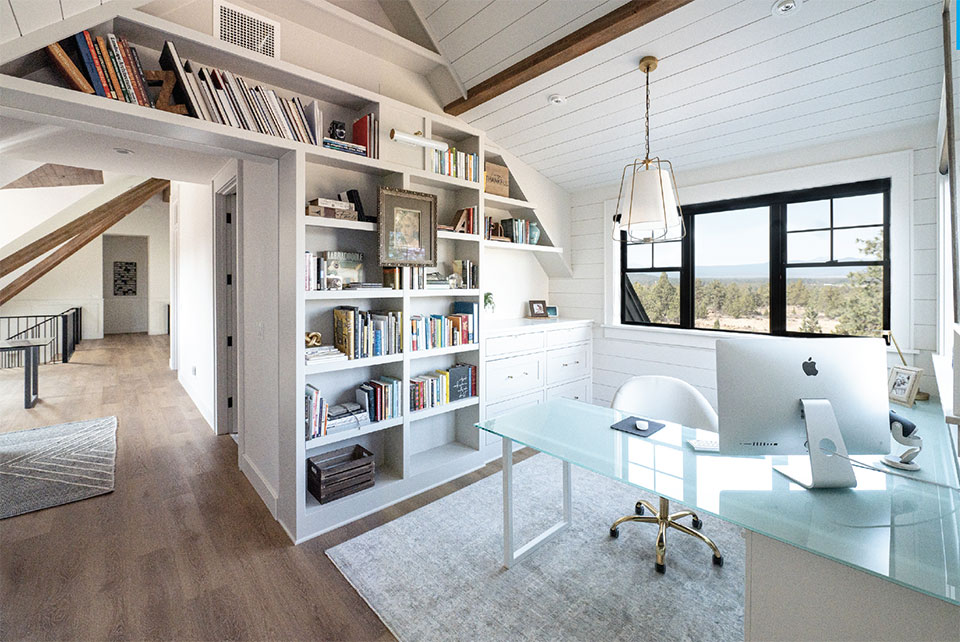 “This is the first time I’ve hosted a home on the tour and the feedback from the judges and the public was incredible and absolutely humbling,” says Kelleher. “I don’t think we realized what we built until we got the feedback from everybody. We had hundreds of people tell us it was the most stunning home they’d ever seen. That was pretty surprising since we just built what we envisioned. There was no goal in mind to check all these boxes for awards, it was just a lot of thought and planning on how to make it simply a nice home.”

The 4,168-square-foot Pacific Cascade Heights home in Bend is a uniquely modern mountain farmhouse complete with a wraparound covered porch and attached three-car garage built to resemble an old barn. The win for Best Feature was the media-family room located above the garage and emulating the barn character. While the rest of the home was all about light and openness, one wouldn’t expect the darker lodge feel to blend, but the warmth of the room’s rustic interior surprisingly pulls you in and surrounds you with instant coziness, channeled through the interior design and distressed wood floor for starters. The space was a unanimous favorite, eliciting various emotional responses from tour attendees. Says Kelleher, “People were awed by the design and how it fit with the rest of the house. It just touched people. I would see them come in and go completely speechless; others got choked up with emotion.”

A tremendous amount of woodwork and finish details were all done in-house and won Best Interior Finish. Timber-framed vaulted ceilings with arched glu-lams crown the living and dining area. From the distressed corrugated metal siding in the media-family room to the silky-white Fineline wall paneling and wainscoting throughout the home, there exudes a pure, clean aesthetic no matter which room you’re in.

Kelleher says the first room in the house he designed was the professional kitchen, another win. “We designed the entire house around that kitchen, and the entire kitchen around the island and the LaCanche range from France,” says Kelleher. “We wanted inset cabinets and the range hood to be subtle yet timeless.” Salvaged beams more than 100 years old were used for some open wood shelving and the range hood frame.

Certainly, the creativity of the bathroom design in the primary bedroom stole the win for Best Master Suite. Natural light floods in with the tub and shower in a glassed-off “wet room” together with its own exterior door leading to the patio and jacuzzi. “The house is on ten acres, so it’s going to lend itself to rinsing off dirty kids and dogs,” says Kelleher. 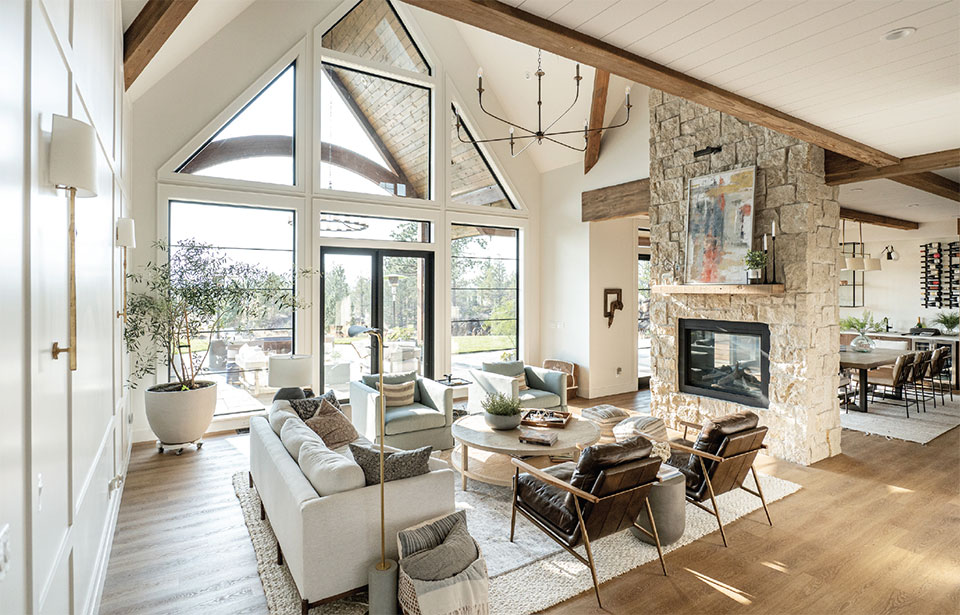 “The feedback we received throughout Oregon was incredible.”
–Rob Kelleher, Owner, Kellcon 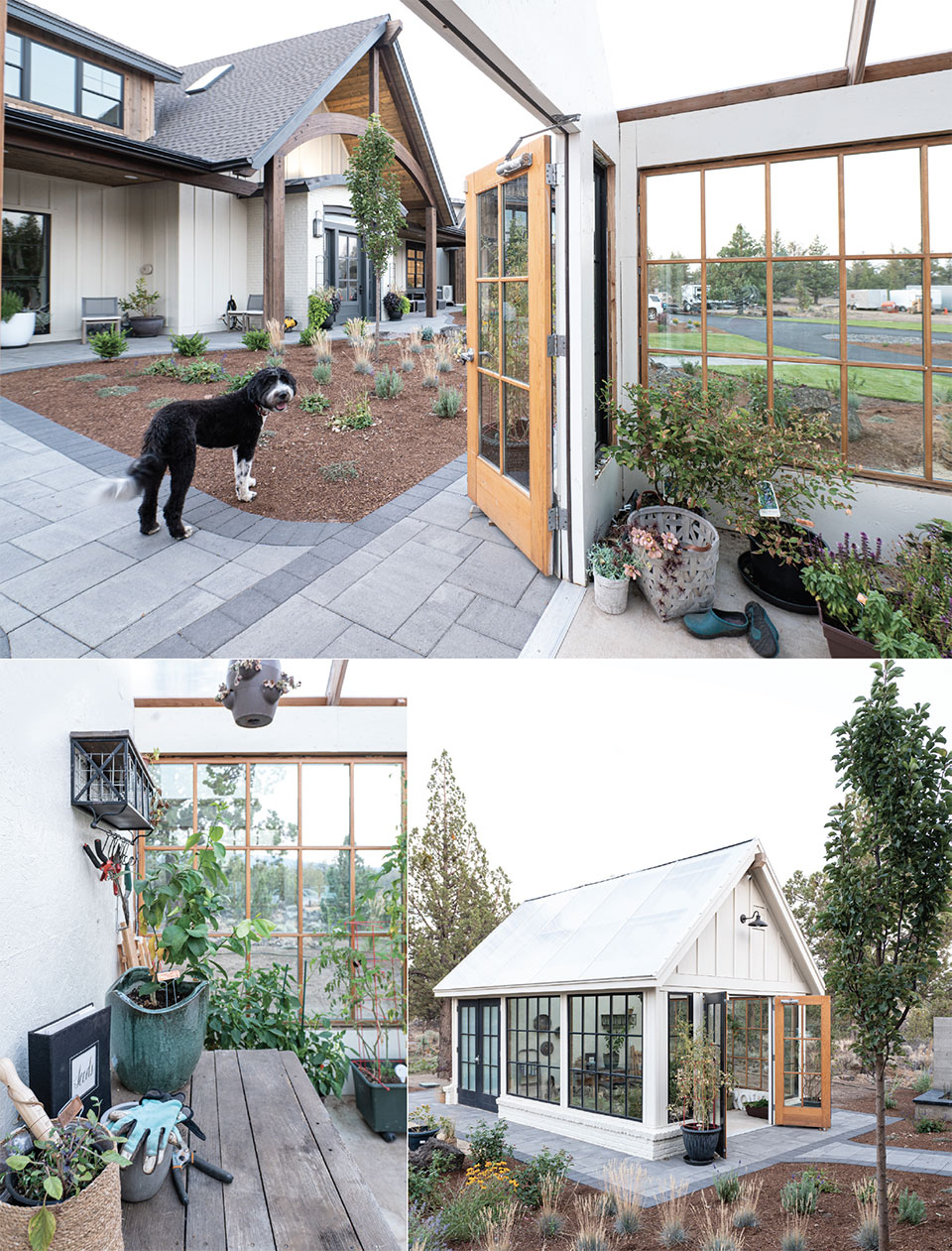 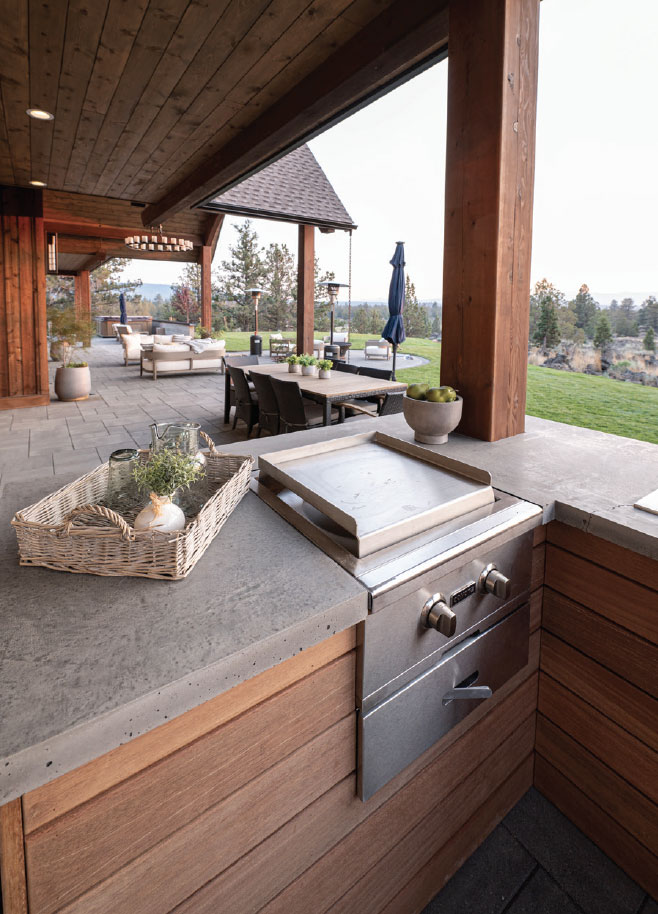 The covered porch, expansive 4,500’ paver patio, and 1,500 square feet of mahogany decking provide outdoor living all the way around the house. The outdoor kitchen boasts a large sink, refrigerator, built-in smoker and teriyaki grill, and even a countertop inserted beverage cooler, salvaged and fashioned from a restaurant’s ice cream bucket trough. An old rock crusher cone, with a wonderfully weathered patina, was creatively used for a firepit. If that’s not enough proof for Best Landscaping, there’s more—a vegetable garden, a chicken coop, and a greenhouse built in the same theme as the farmhouse, with a steep pitched roof and large windows. Nearby is a large boardform concrete fountain, while in the backyard, a 26-foot-long channeled water feature resembling an old mining sluice trough spills into a dry rock bed. The simplistic garage also won its category, with epoxy floors, beautiful built-in steel cabinets, and work benches.

“The feedback we received throughout Oregon was incredible,” says Kelleher. “Days after the show I was receiving project requests, many with similar aspects to this home. People would say, ‘Wow, you spared no expense,’ and my response was, ‘You know what, we did.’ We spared a lot of expense. The French range and Quartzite countertops in the kitchen were really the only two splurges in the house. Every time we started the next phase, we said, “Okay, how can we do it and do it for less?’” The last two awards sum it up best: Best Value and Best of Show. 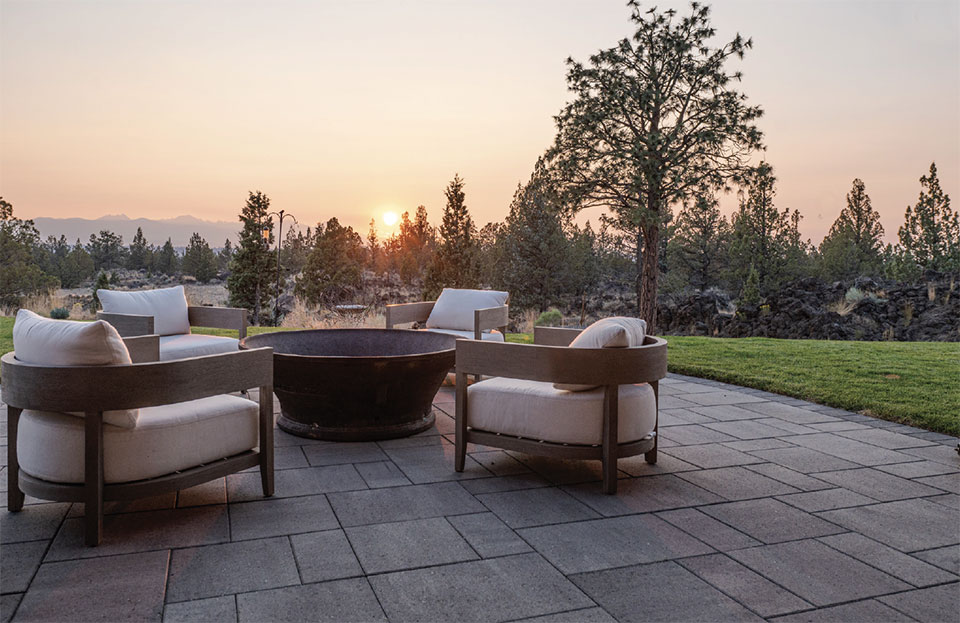