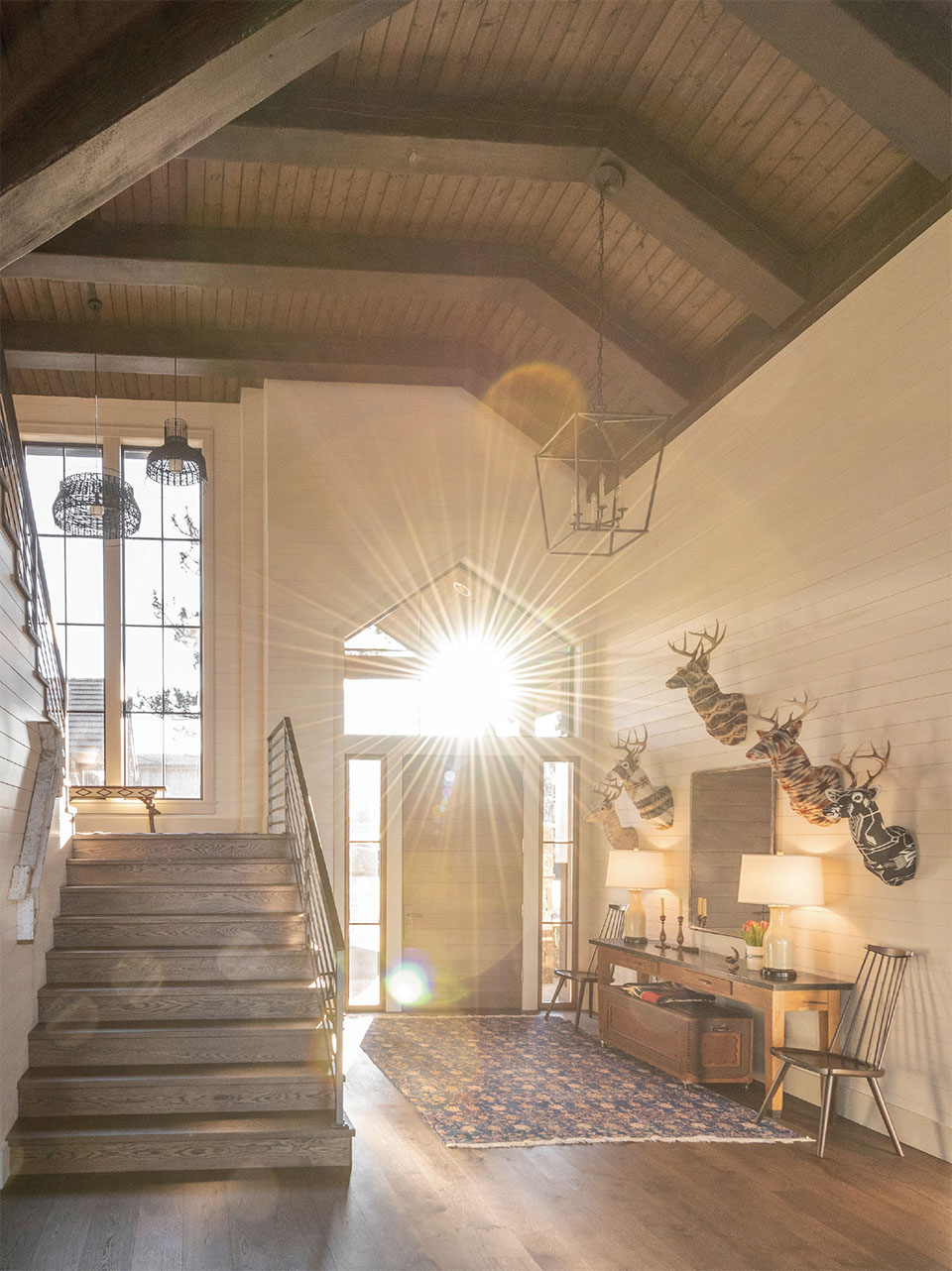 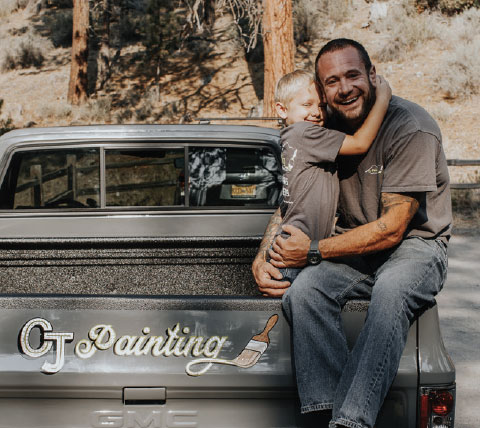 “I hate paperwork, but put me on a seven-stage crackle finish and I’m loving it…It definitely makes a difference to everyone when the owner is out there getting dirty and working.”
–CJ Martin, Owner, CJ Painting

There’s a good chance we’ve all heard enough about change over the past few months. But that doesn’t mean there aren’t interesting stories still to tell. Not to mention the fact that Bend, and Central Oregon, have been all about change for a couple of decades. The recent census tells us that Deschutes County was the fastest growing county in all of Oregon over the past ten years. If you are one of the newcomers, you have dealt with all the changes that come with relocating to a new place. If you are a longtime local, you’ve made lots of adjustments as well.

Hopefully something we’ve all absorbed over the last two years is that seemingly unconnected events can be useful catalysts for the changes we’ve been planning for a long time. Such was the case for CJ Painting. 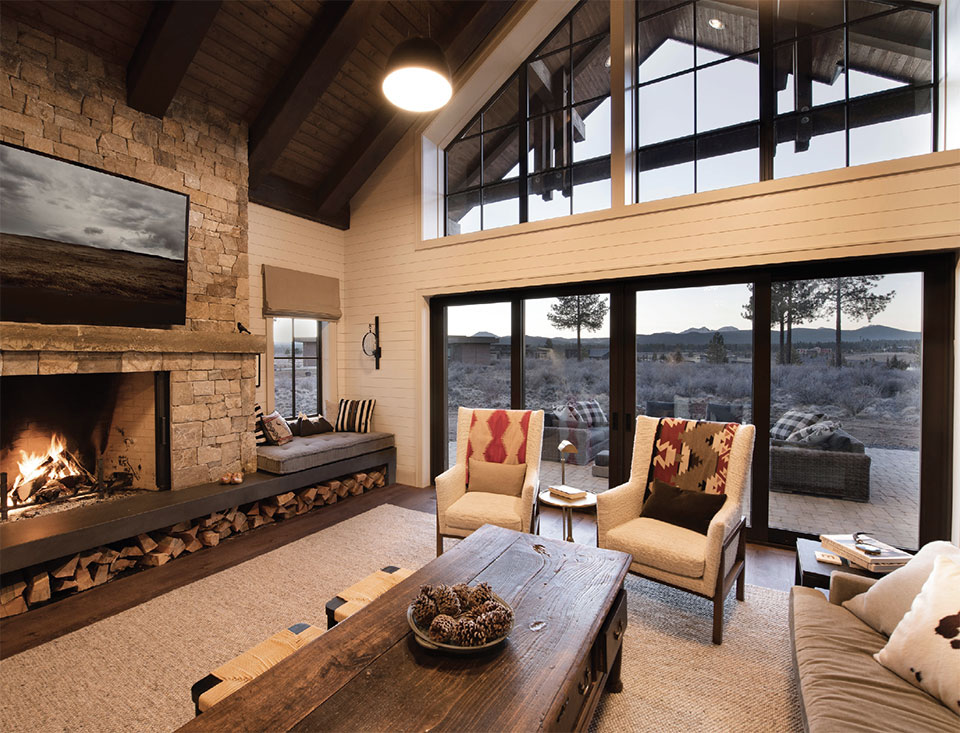 “We’ve been talking about this restructuring for over three years now. Then this happened and it just seemed like a sign that the time was now,” CJ Martin, owner of CJ Painting, begins. (We’ll get to the “this” later.) With that catalyst, Martin launched CJ Painting into a new era, figuratively, literally, and administratively. Totally restructured, the operation is now on its way to being a streamlined team dedicated to reaching the highest levels of the painting industry. 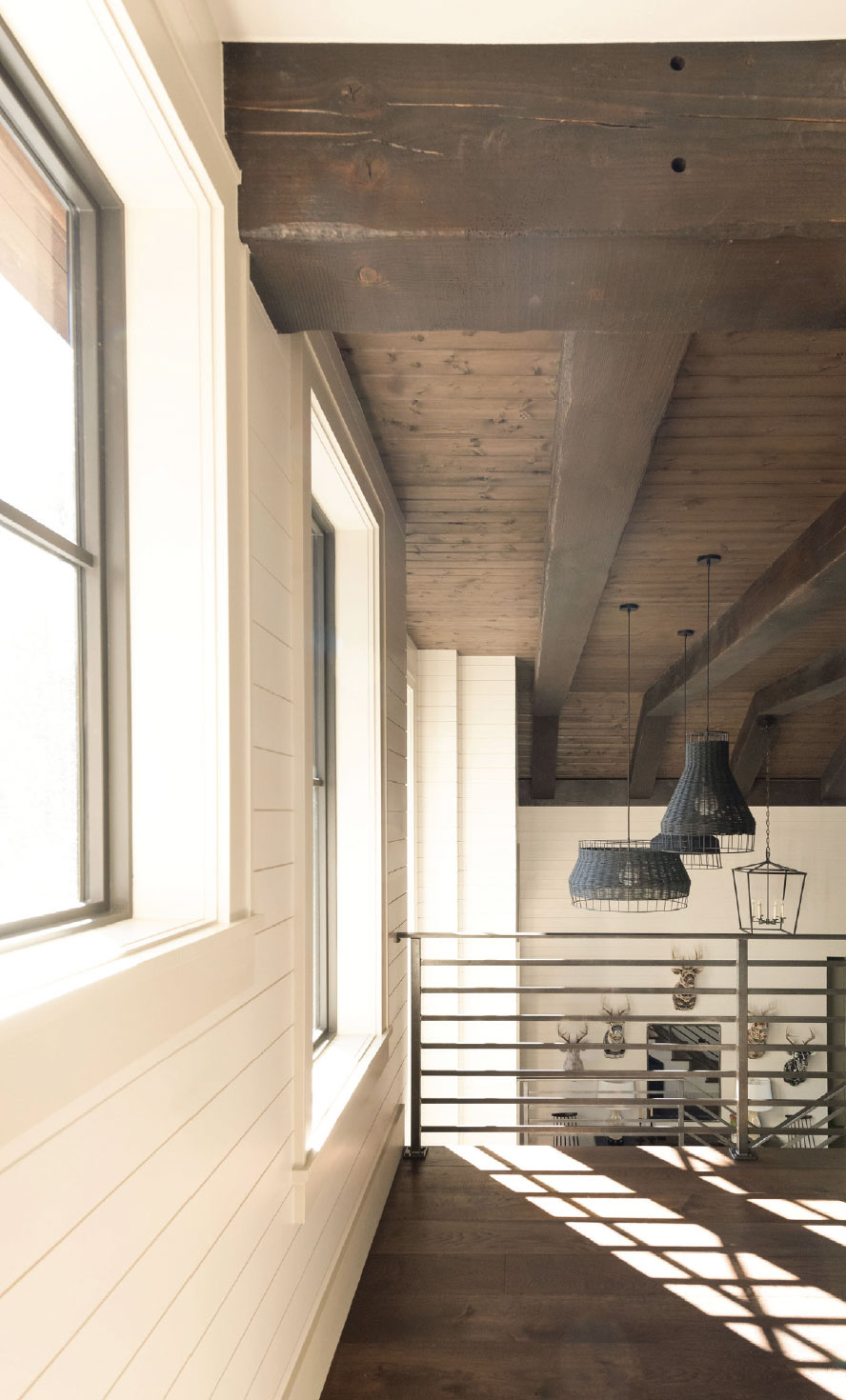 Speaking of change, the painting world is seeing plenty of it. Homeowners are requiring more than just aesthetics. They want to know more about the products involved. Stepping away from solvent-based products is as much a concern as matching colors, in some cases.

A streamlined team means that it often includes CJ onsite. “I hate paperwork, but put me on a seven-stage crackle finish and I’m loving it,” he explains. Many of the custom builders in Bend appreciate this fact as well. While years on the job have certainly given CJ admirable skills, it’s also the tireless dedication to quality that proves so valuable to his clients. “It definitely makes a difference to everyone when the owner is out there getting dirty and working,” CJ says. The chance to be so intrinsically involved in the actual painting again is a big part of the CJ Painting makeover.

Likewise, with the reduction in overhead, it’s also meant that CJ Painting has been able to focus on the projects that suit them best. “We’re solely in build-to-suit custom homes and that’s been my dream for a while. I’m literally living my dream,” CJ continues. It’s quite a departure from the earlier days, when, as CJ says, “I would take anything—from trailers to everything. I still approached it the way I do all my projects—uncompromising attention to quality and doing it right. Doesn’t matter if it was a $6,000 single-wide or a mansion.” 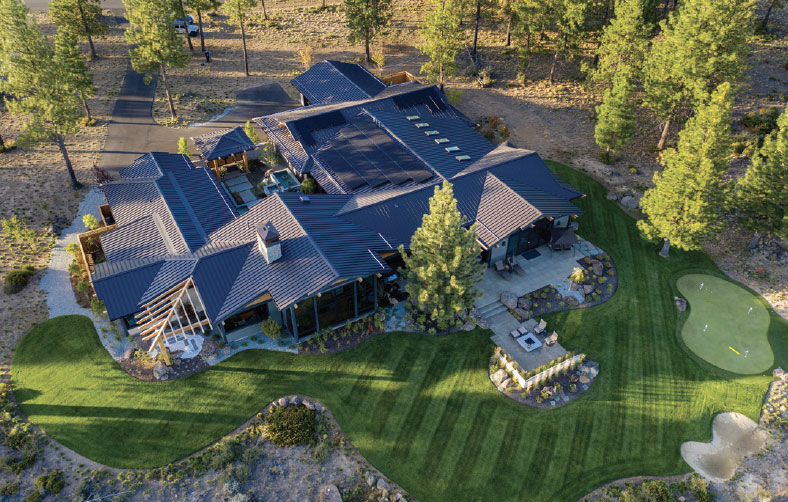 “We’re solely in build-to-suit custom homes and that’s been my dream for a while. I’m literally living my dream.”
–CJ Martin, Owner, CJ Painting

But so why now? What compelled Martin to go through the inevitable pain and work of rebuilding what was already a successful company into something even better?

After high school, Martin’s parents gave him a 1979 two-wheel drive GMC truck. As he began making his way through life, he discovered that he had a knack for painting and learned the ropes working for a local outfit. At one point, he decided to launch off on his own and as often happens, there were some lean times. He was forced to sell the truck. (The $350 meant a lot at the time.) Time passed. Meanwhile, Martin was able to build a business that is one of the premier painting contractors in booming Bend. Having spent a lot of time restoring cars with his dad, he often finds himself going through the classifieds looking at old cars and daydreaming. “It’s my therapy. I find it meditative,” he muses. 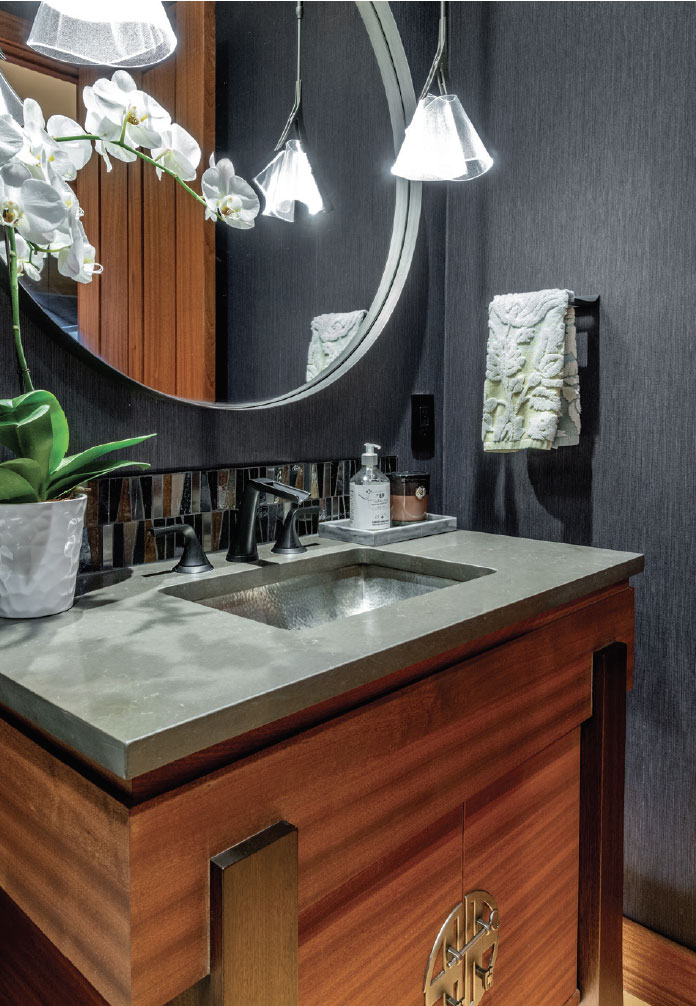 One night, on Martin’s 39th birthday to be specific, he comes across what looks to be his old truck. Not one like it—the actual truck. (There were small giveaway details that were uncommon, to say the least. A skateboard wheel gear shift knob, for example.) He approached regaining this truck with the same enthusiasm he approaches most everything. “Cash in hand, I had a friend drive me out to pick it up. It was barely running but I drove it home, never able to get more than about 20 mph. Everyone’s honking and I’m smiling ear-to-ear,” he says. At least that’s the way Martin tells it.

Finding his old truck. Remembering the times restoring old vehicles alongside his father and now repeating that process with his own son. It is all bound to make someone stop and reflect. In this case, it was also more tangible. It provided a visual framework for what the new CJ Painting would look like on the street. The new truck is restored and officially a company vehicle. Its color scheme is being replicated on the company vans.

As if the reputation and work CJ Painting has done doesn’t set them apart, now their fleet of vehicles does as well. 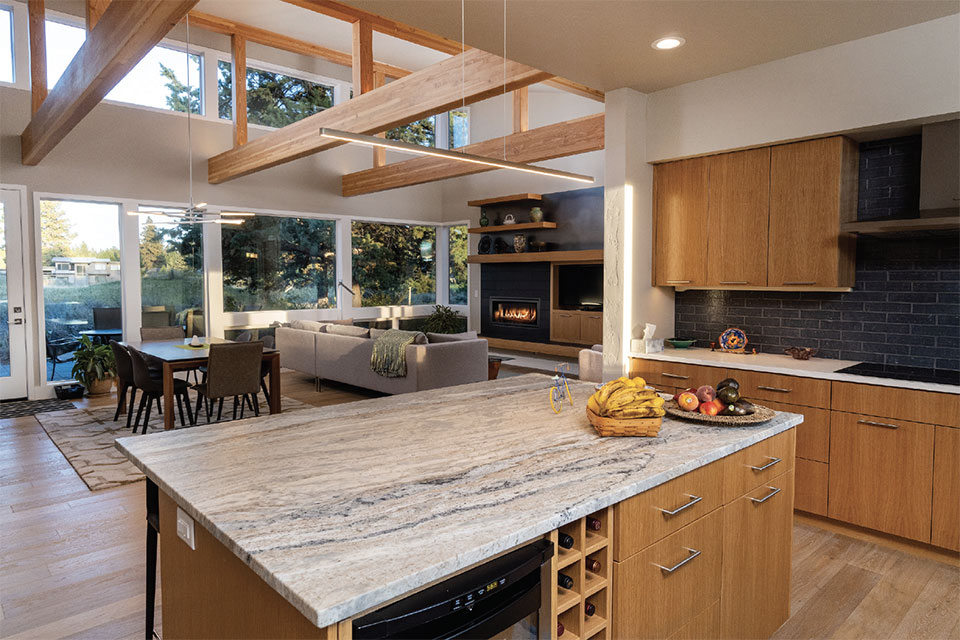