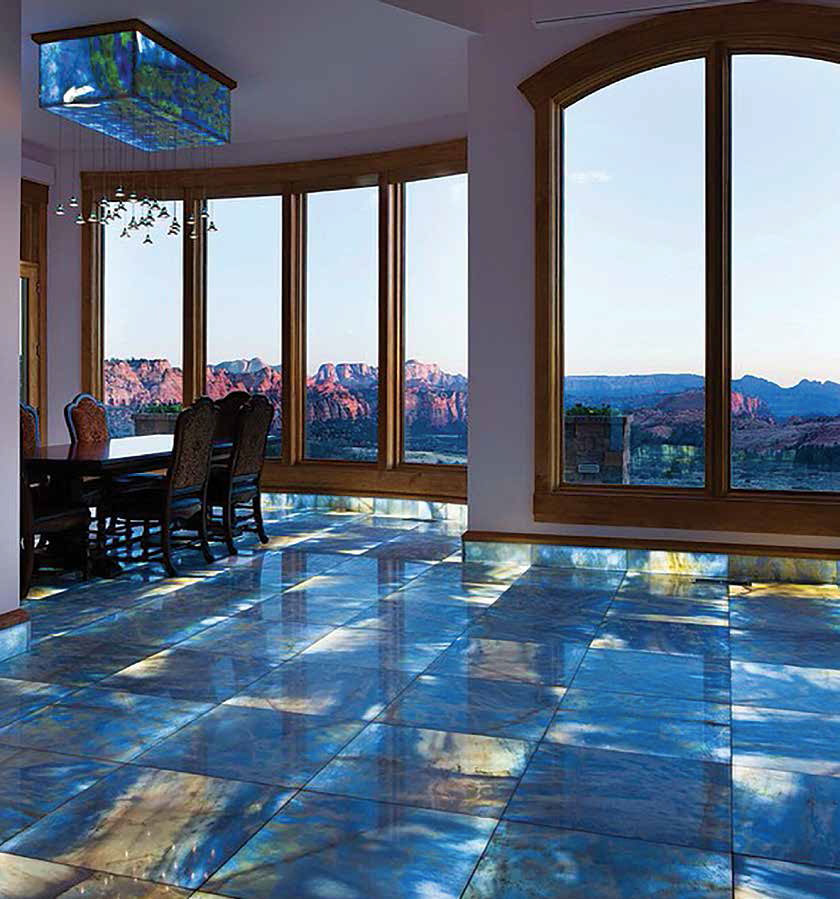 John Darland wasn’t thinking about high-tech lighting in 2007. He didn’t have time. He was busy doing what he’d been told couldn’t be done. His art supply business was on a roll, selling an unusual and expensive art marker to a rapidly growing North American audience.

Operating out of a rented warehouse in Eugene, Oregon, Imagination International imported Copic Markers from Japan. A favored tool among Japanese manga artists and product designers, the unique markers had slowly been gaining traction here in the U.S. and Canada among comic artists, architects, and designers. “Then we decided to go after the paper crafting market,” says Darland. “It was tough at first competing with $2.00 markers, but once people started trying our products—and realized they were refillable and the highest quality marker in the world—things really took off.”

That’s when serendipity poked its head in the door and presented the lighting opportunity. The warehouse complex owner was an inventor with optical patents. He approached Darland for help selling the IP, as large Japanese companies were citing the patents. “He explained the patents and the light went on for me,” Darland says with a smile. “As an entrepreneur, I couldn’t help but see the unique chance to create a new business.”

Darland started Light Beam Industries—and his newly-hired engineers went straight to work. “We also began developing new LED light bulbs, T8 replacements, and powerful LED light engines (up to 400 watts). It was a shotgun approach and we gambled on a lot of high-profile jobs. And this was all hitting in ’08 and ’09 under tough economic conditions. It became a struggle to keep things going,” adds Darland.

It was the edge-lit LED light panels that hit the sweet spot. Light Beam created its own design and brought it to market, offering a service as much as a product. As that side of the business grew, they began sourcing panels manufactured overseas, and eventually stopped making their own.

But they kept running into problems. Lead times were long and anything out of the ordinary presented issues for the foreign supplier. Finally, Darland and his engineers decided to revisit their earlier design. “Technology had progressed. We knew we could build a better panel and we could solve the problems in-house that we kept seeing. We couldn’t keep making excuses to our customers; that’s not who we are. We needed to offer custom sizes and shapes and get them to customers affordably and quickly,” Darland says.

“SO WE SET OUT TO BUILD A SUPERIOR LED LIGHT PANEL. ONE THAT WE COULD MANUFACTURE, ENSURING BOTH QUALITY AND CONTROLLING DELIVERABILITY. AND WE DID IT.”

Other panels rely on grooves, etchings, or other surface alterations of the panel material to transfer light from the edge-mounted LEDs to the surface. These “light guides” create a bright grid of light, a grid that appears evenly lit when adequate distance is placed between the panel and translucent material. But at other times, this grid is visible. And increased distance and/or more diffusion material reduces light output.

Darland’s team took a new approach and experimented using panels with different material characteristics. They settled on a special, optical-grade acrylic that doesn’t require any surface enhancements. Light transmission occurs as a result of microscopic reflective particles encapsulated in the acrylic itself.

In 2015, Imagination International (III) purchased the technology from Light Beam Industries. With the focus on light panels and the technology transfer, the products were renamed ImagiLux—and III hasn’t looked back.

The edge-lit LED panel is a uniquely versatile product for an architect, designer, or builder to design with, for, and around. The thin, low-profile design integrates easily to backlight any translucent material—from onyx and quartz to glass tile, stained and fused glass art. Unique accent light and custom overhead lighting elements are possible.

In the commercial world, LED panels are often used in signage and displays, but more creative applications of interior design are increasingly common. The trend is gaining ground even faster in the residential arena. “We see a growing interest around the country with our stone suppliers and luxury residential contractors. Backlit counters, kitchen islands, wine cellars, bathroom vanities, and shower walls are often impressive whether the LED panel is turned on or not. But once people see the backlighting, they love the look—and it’s catching on fast!” says Erin Wilson, ImagiLux’s inside sales manager.

Coming up with a beautiful design to create an impressive backlit kitchen, bathroom, or custom wine cellar in a residential scenario is a challenge most architects and interior designers are happy to take on. But the real challenge is getting the right LED panel and getting the installation correct. This requires an experienced partner. Wilson explains, “We work directly with the designers to come up with the right LED solution, from panel design, LED color temperature, power, and dimming controls. And then we have the expertise to work with the electricians, contractors, and installers and make sure the integrated system actually works as designed. We custom-make each panel—in any size or shape—and we take as much pride in our personal service as we do in our product.”

And it shows—the level of service is where ImagiLux’s experience truly shines bright.