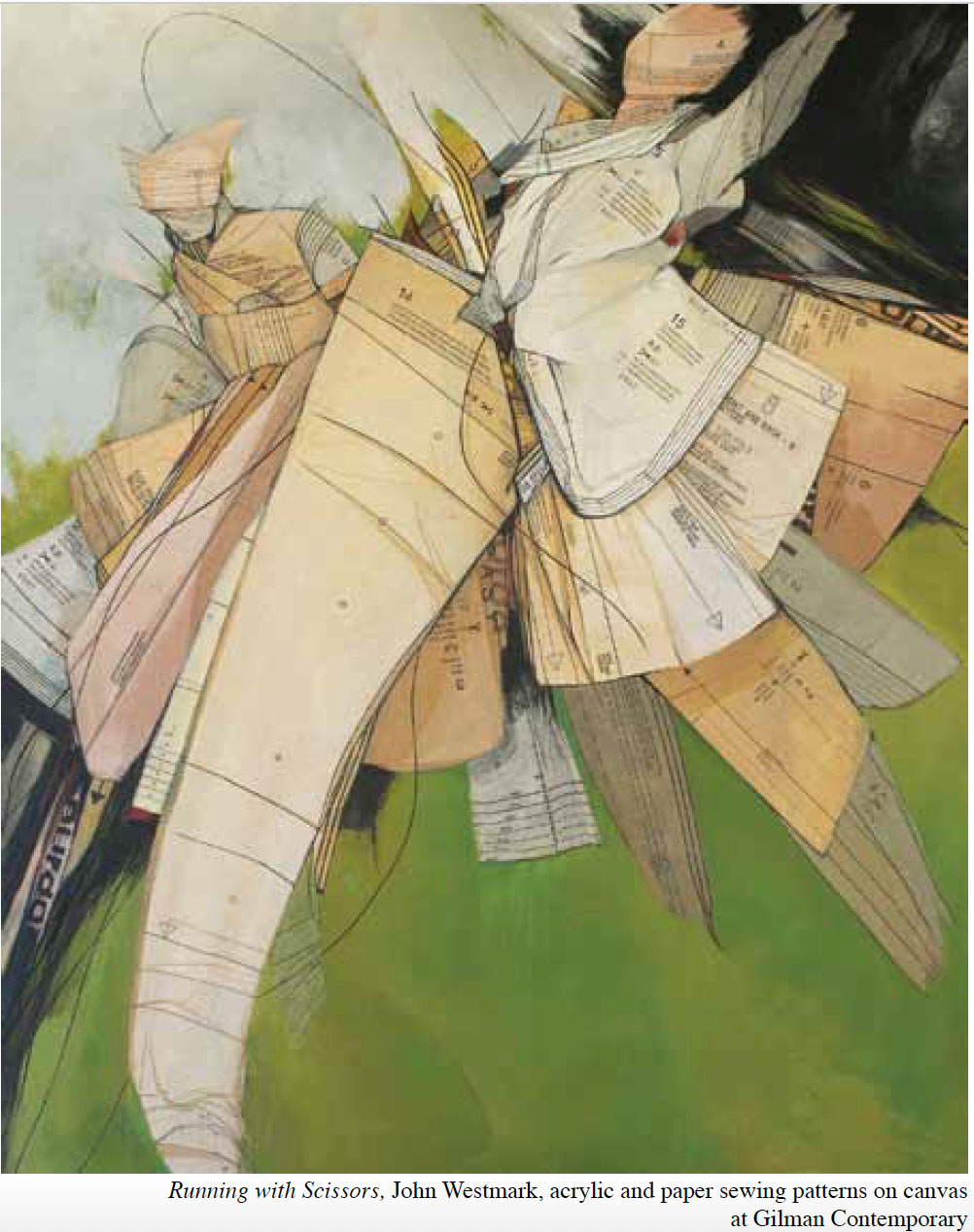 What makes Sun Valley a unique community is not just the natural beauty of the high desert, the majestic mountain scenery and the plethora of year-round outdoor activities, but it’s also the culture the valley embraces. The Sun Valley art gallery scene is a unique and fascinating group of galleries whose owners go to great lengths to exhibit and provide the valley residents and those who visit quality and exciting works of art. By Sabina Dana Plasse 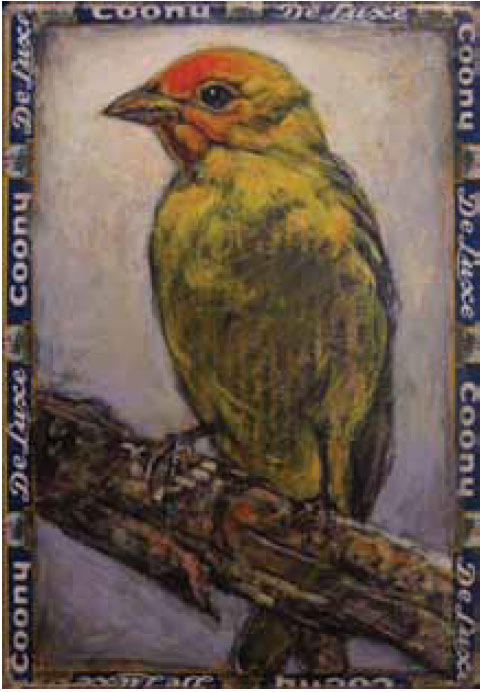 Leading the gallery scene for more than three decades is the Sun Valley Gallery Association, who among the many other galleries, support the vibrant visual arts through out the valley bringing artists and their works to the forefront of the art scene as well as supporting art events. As a commitment to the arts and culture of Sun Valley, the Sun Valley Gallery Association hosts nine gallery walks throughout the year, where visitors and locals enjoy a wide range of art in all mediums as well as inspire artists to follow their passion.

There’s much to explore in the coming months at Sun Valley galleries. At the Broschofsky Galleries an exhibition, “The Best of the West,” features artists Russell Chatham, Michael Coleman, William Matthews and Gordon McConnell along with historic works by Albert Bierstadt, George Catlin and Edward Curtis. Broschofsky Galleries will also feature works from Andy Warhol’s “Cowboys and Indians, 1986.”

The Friesen Gallery has plenty of new exhibitions, which include the brilliant color creations of Ford Crull’s oil paintings. “Crull’s works are invigorating meditations on the ever-shifting nature of human awareness and perception,” said Friesen Gallery owner Andria Friesen. “These broad layers of culture which inform the work invite the viewer’s subjective contemplation.”

Friesen Gallery will also plan to exhibit the works of Santa Fe based artist Lawrence Fodor. Fodor creates a meditation journey through his work where layers and objects merge into an incredible sea of beauty highlighted by brilliant monochrome colors often rich and deep in appearance. 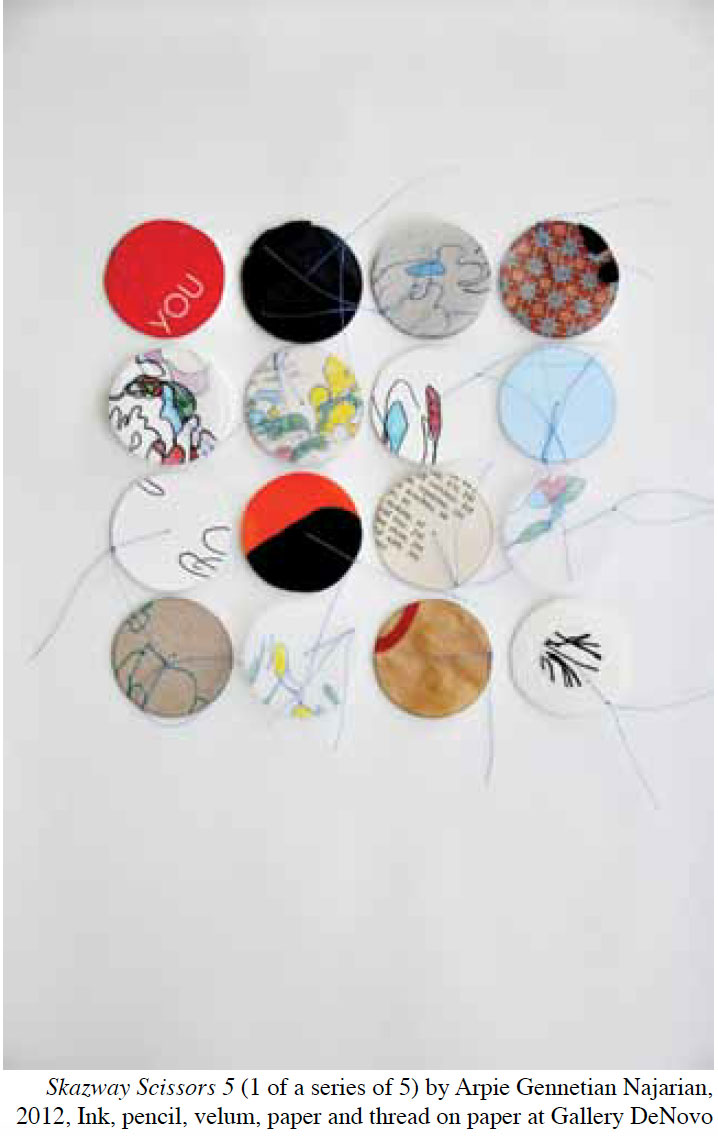 Fodor has been a Sun Valley exhibitor at the Friesen Gallery since the inception of the gallery. His work is some of the most exciting on the contemporary market today collected by museums and public and private collections.

The Gail Severn Gallery has three exhibitions including works by Judith Kindler and Ed Musante, which are solo exhibitions and the gallery’s annual large group exhibition that will showcase a wide variety of the gallery’s internationally recognized and emerging artists who will all have one- person exhibitions at the gallery in the winter 2013. The list of painters includes Kris Cox, David deVillier, Marcia Myers, Lynda Lowe, Hung Liu, Robert McCauley, Linda Christensen, Raphaelle Goethal, Michael Gregory, Evan Harris, Judith Kindler, Lisa Kokin, Jenny Honnert Abell and Theodore Waddell who will all showcase their own unique styles.

The Gail Severn Gallery will also present Laura McPhee, Robert Polidori and Jack Spencer who will have exhibitions that explore the vast range of contemporary photography.

Kindler’s show, “Notes to Self,” reflects her multidisciplinary approach to her art in sculpture, installation, photography and photo-based work embedded in a variety of materials. Her installations are rich with images from the artist’s life spent in the rural areas of the Northwest. Musante’s “New Cigar Box” paintings reveal his passion for nature. His small-scale paintings of birds and animals, painted on his signature found cigar boxes, are intimate portraits of wildlife. Other artists to follow in the coming months at the Gail Severn Gallery include David DeVillier, Raphaelle Goethals, Lisa Kokin, Evan Harris and Theodore Waddell. 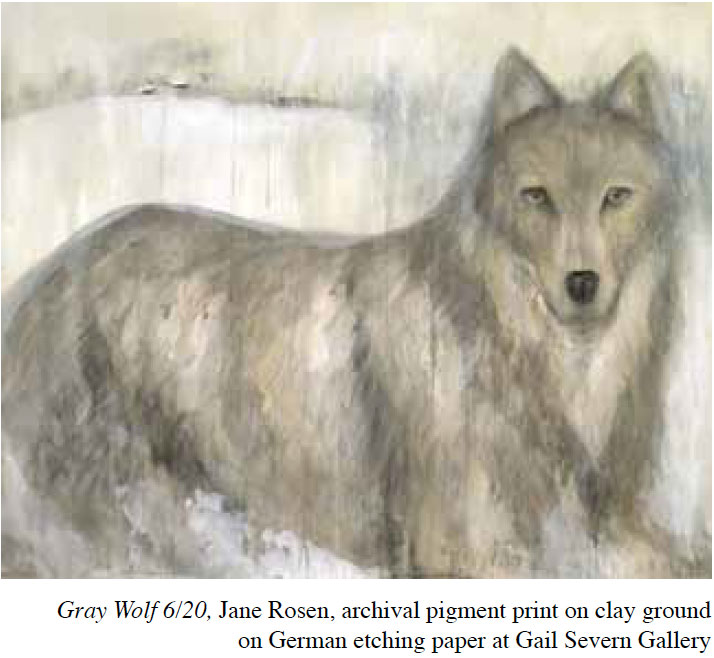 “Making art has always been my way of creating order and capturing the beauty of the lines and forms of objects that I encounter every day,” said the Rhode Island School of Design-educated Arpie Gennetian Najarian. “I seek out the repetition of organic shapes and patterns—looking for something extraordinary in the simple and ordinary.”

Portland-based bamboo artist Anne Crumpacker’s work reveals the beauty of bamboo and its importance to people throughout the centuries. The aesthetic value that bamboo brings to art is intrinsic to this incredibly versatile plant. “I never had the courage to call myself an artist,” said Crumpacker. “I feel that life is a creative journey -no matter what you are doing and the creative process is integral to anything you touch.” 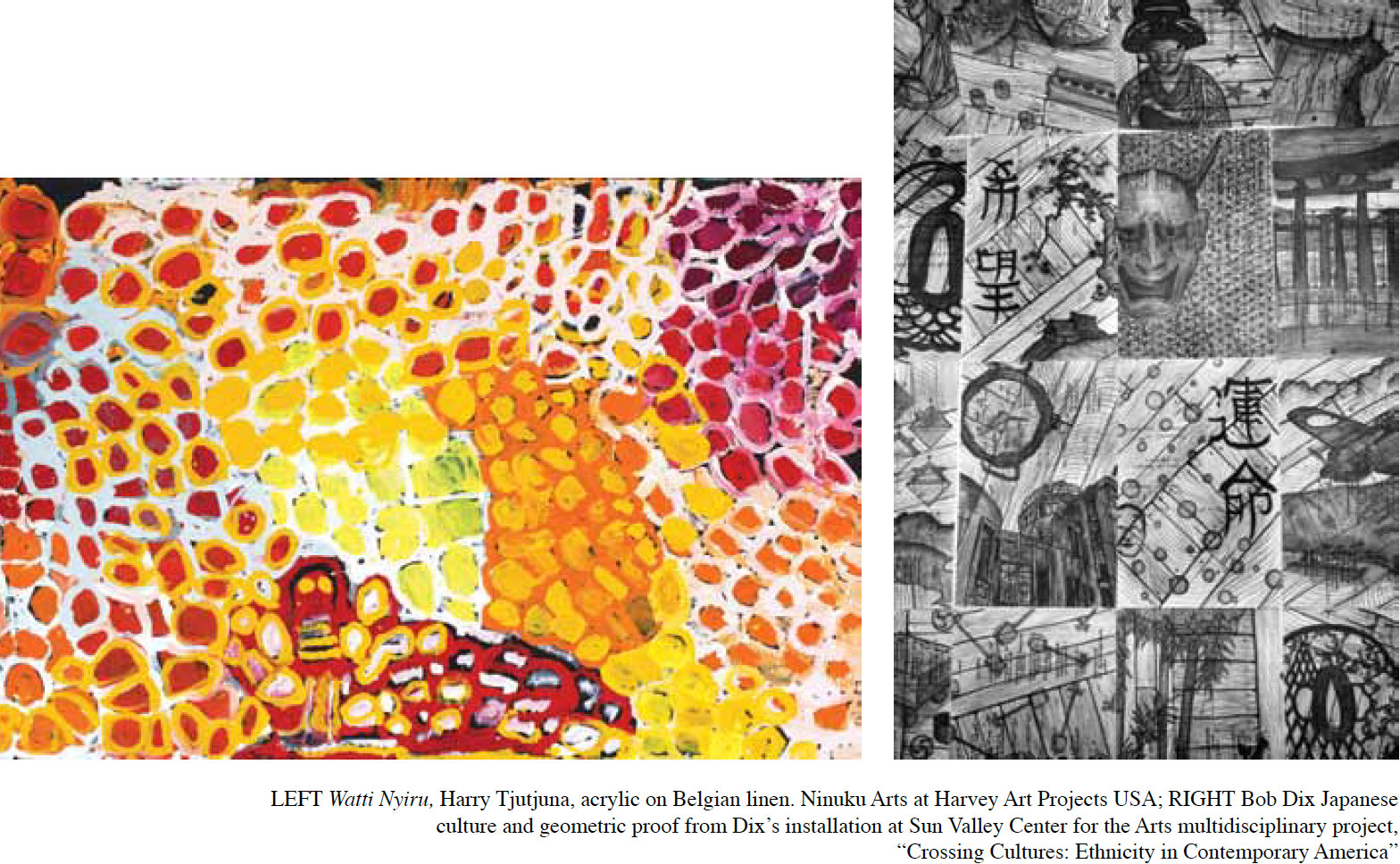 At Gilman Contemporary on Sun Valley Road, “Material Matters” will feature work by John Westmark. Westmark’s is a painter whose unorthodox painting materials include using paper-sewing patterns and paint to create female figures that exemplify strength and courage. Gilman Contemporary will also feature works by Valerie Stuart and Frances McCormack in the upcoming months.

At the Harvey Arts Project a new exhibition featuring five senior women artists from several inter-twined clans from the Northern Territory of Australia who all come together for “Miyalk,” which means five women. This is Harvey Art Projects second exhibit with Buku-Larrnggay Mulka.

After its first exhibit in 2010, the gallery had the privilege and honor to visit the Yolgnu people in May 2012. For Yolgnu, family and respect for the land are paramount. The absolute beauty, skill and timelessness of their art and culture have taken on a much deeper meaning now. The Buku-Larrnggay Mulka Art Center is located on the north coast of Australia in a place called Arnhem Land. This is the home of the Yolgnu, the indigenous custodians of the land and its stories. The rich cultural and artistic traditions of the Yolgnu began as long as 40,000 years ago and their beautiful artworks carry forward important kinship relationships and sacred stories of creation.

Acclaimed artist Dave McGary and his wife Molly McGary opened Expressions Gallery two years ago as a space for his sculpture as well as for works by other artists. A Master of Realism in depicting Native American Indians, McGary has received countless awards and recognitions for his attention to detail in form and historic content in his work. 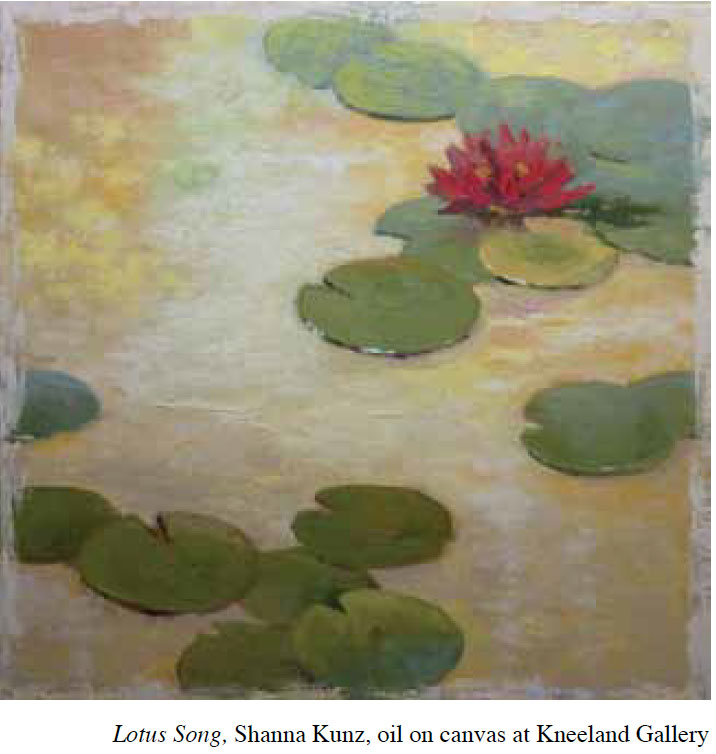 Moving from Vail, Colo., Tom Bassett and Sandy Gregorak have found they are a perfect fit for the McGary’s while bringing their expertise to Sun Valley as well as their love for skiing and living in a mountain town community. Bassett managed Claggett/Rey Gallery in Vail for 24 years. “Our vision for the gallery is to help educate collectors and expand their understanding and appreciation of fine art,” said Bassett.

Wood River Fine Arts, An Expressions Gallery, will feature many new artists in the coming months as the gallery begins to expand its fine art inventory and introduce artists from around the nation to Sun Valley.

The Sun Valley Center for the Arts presents new multidisciplinary projects including “Crossing Cultures: Ethnicity in Contemporary America” followed by “Home Front.” The Center also presents its on-going lecture series as well as performing arts series throughout the year. For details on all Sun Valley Center for the Arts events, classes and performances, visit www.sunvalleycenter.org.

While the idea of race still operates across in the U.S., ways of thinking about race has become more complex—less “either/or” and more “all of the above.” Sun Valley Center for the Arts explores the changing role of race, ethnicity and cultural heritage in the 21st century in its multidisciplinary project “Crossing Cultures: Ethnicity in Contemporary America.”

Dix, a resident of the Wood River Valley, is the son of an American man and a Japanese woman. His large drawings that feature symbols from Japanese culture and geometric proofs will cover the walls and ceiling of The Center’s project room. A math teacher as well as an art teacher and artist, Dix melds graphic elements from his mother’s books and possessions, his travels in Japan and his upbringing in a military family in California, a place synonymous with “American” culture both in the United States and around the world.

Dix has been working with The Center for more than 16 years and has also provided other valley entities with work as a local artist in the community. “The Center has been very good to me,” said Dix. “It has always kept me in mind for exhibitions, and I am always happy to help out.”

Dix said he never thought about moving to Sun Valley as being a bigger fish in a smaller pond, but he fell in love with the area on his way to graduate school and eventually years later he packed up and moved to the valley from San Francisco. 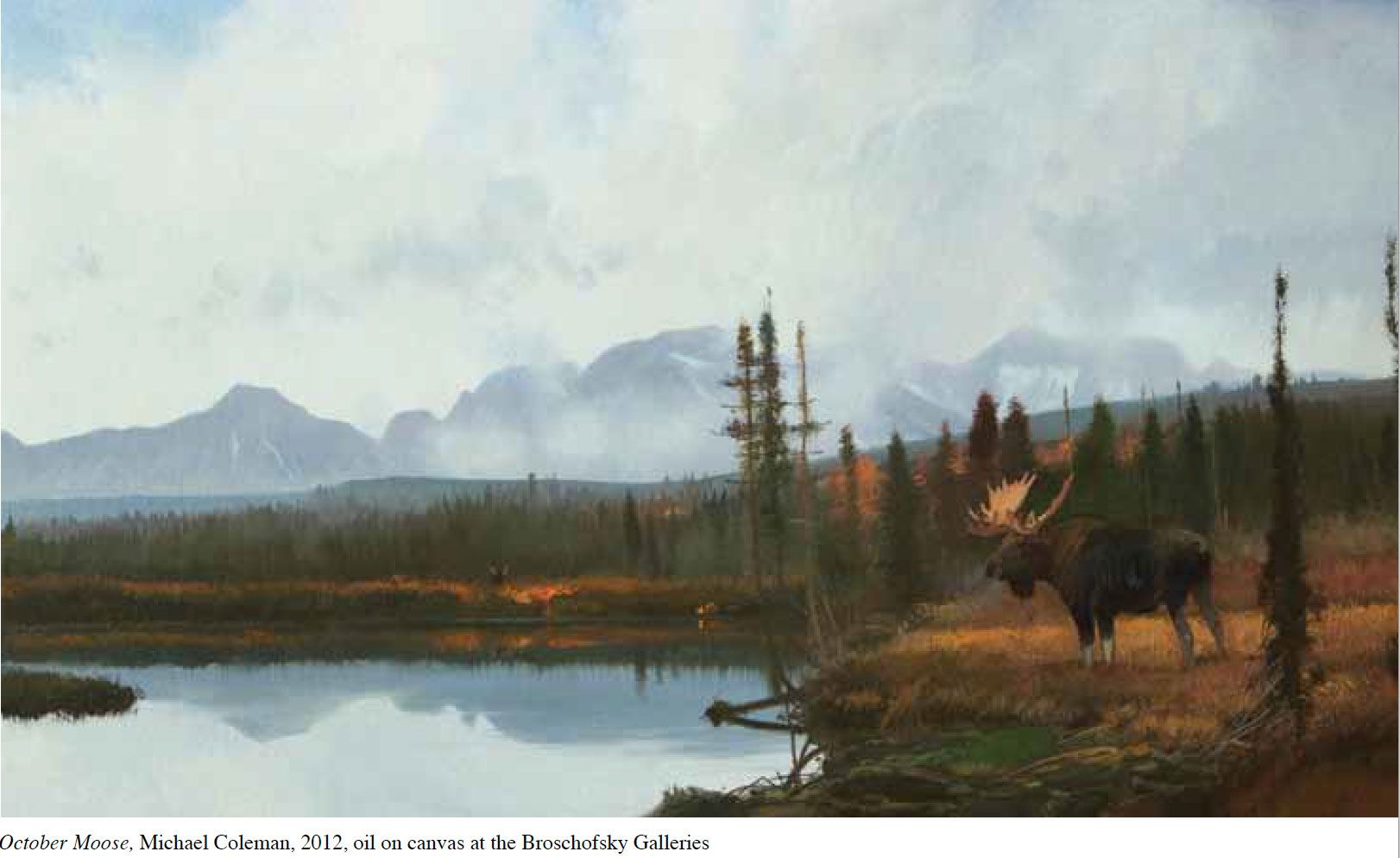 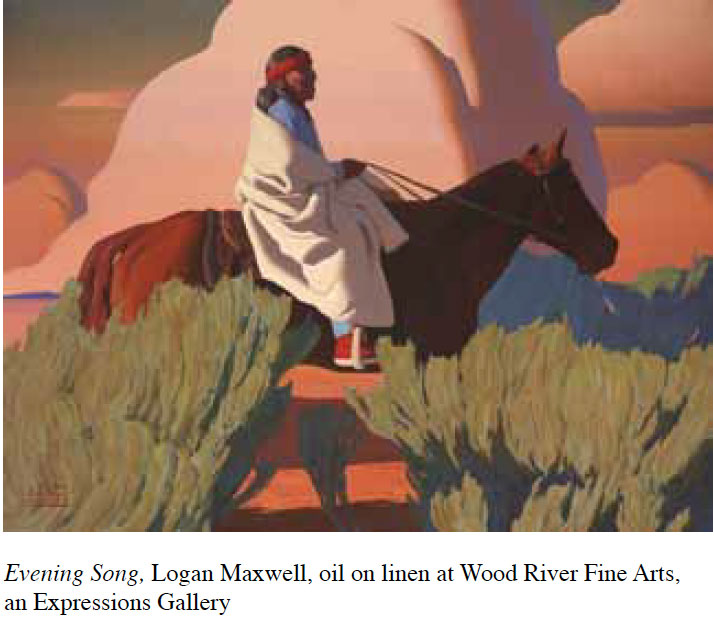 His latest exhibition, over two years in the making, was inspired by a box of materials from his uncle he found cleaning his studio. “I opened up the box and found it filled with charcoal and other items and I thought these were cool,” he said. “I did a couple of drawings, fell in love with using charcoal again and the works started to come out.”

“The things that I remember about Japan that hit home to me are my visit to the temples,” he said. “They’re so old and have been around for thousands of years and nothing in this country is that old. These temples are massive and all joined together by wood. There are no nails. The temple steps are gigantic thick wooden steps with big huge cup marks and all the people who have walked across the steps have worn them away. I love the evidence of man touching something over and over again. It’s like a patina.”

Sun Valley’s galleries and artists are a supportive group of art enthusiasts whose pulse on the art world flows directly from their galleries and studios into all that make Sun Valley the great experience it is for those who visit and call it home.